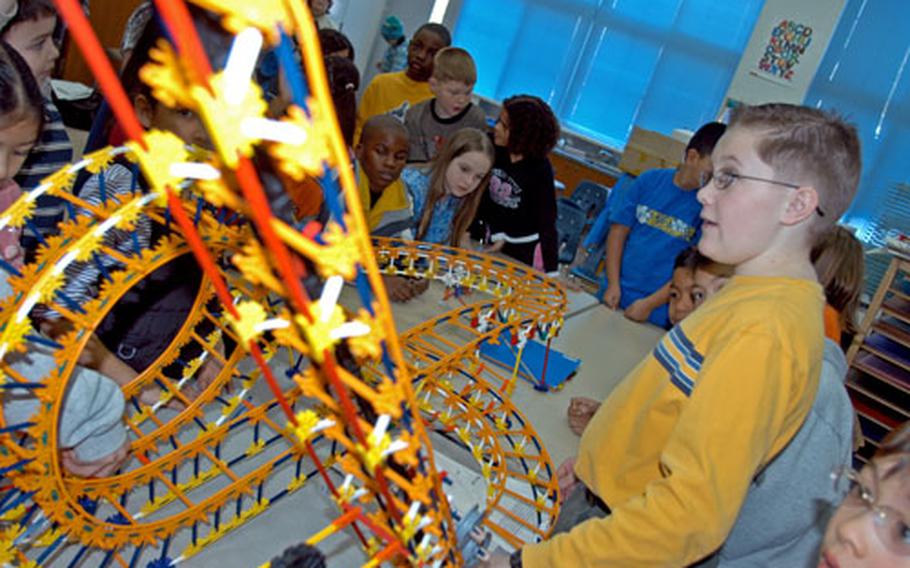 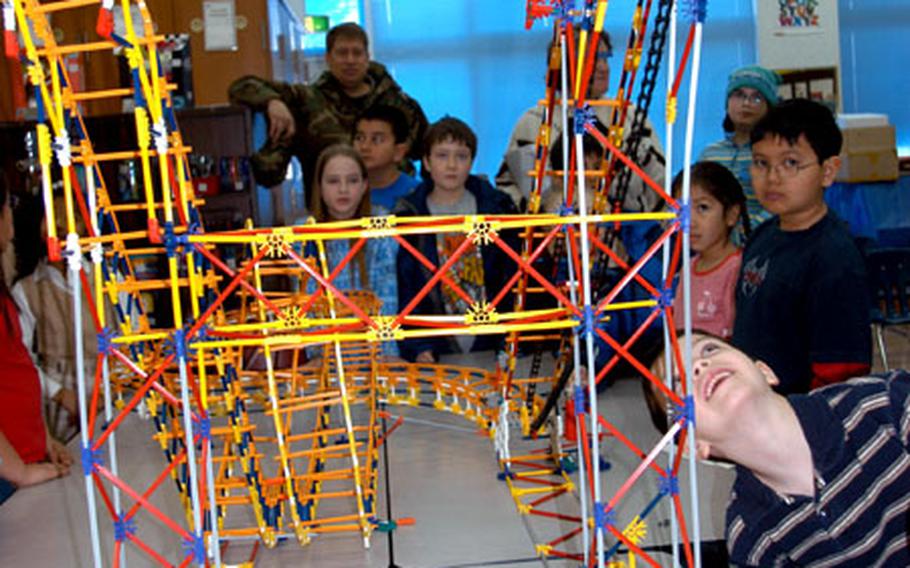 Third- and fourth-graders at Cummings watch the student-built roller coaster crest the top of a hill riding a pulley. (Jennifer Svan / S&S)

MISAWA AIR BASE, Japan &#8212; A roller coaster can be a ride of hair-raising screams and pure fun.

Building one is another story.

In a sixth-grade demonstration of the project at the school last week, the pupils said they learned more than just the laws of physics.

Miller noted the fifth-graders finished their roller coaster first. It wasn&#8217;t that they were smarter, she said, but that they worked as a team.

The end result, the teacher said: Their roller coaster car &#8220;kept falling into space&#8221; when attempting the loop.

But the sixth-graders persevered, came together as a team and their roller coaster glided perfectly through the loop during the demonstration. Curious third- and fourth-graders gathered around the miniature coaster, with its bright orange tracks, and wanted to know how fast the car could go and why the paper doll in the seat didn&#8217;t fall out.

Miller has done the roller coaster project with previous classes, starting about five years ago at a Department of Defense Dependents School in Germany. She bought the kits, which have more than 1,000 pieces each, from an educational supply company in the States.

The Cummings students said not only was the project a good lesson in teamwork but they also picked up some quirky facts about roller coasters: The Russians were the first to invent the concept, and the fastest one on the planet &#8212; a mind-boggling 128 miles per hour &#8212; is being built at Six Flags Great Adventure in Jackson, N.J.

Ben Jacob said they also learned one bump or bend in the track can slow the roller coaster car enough that it won&#8217;t make the loop.