Photos of the week: Navy A dolphin jumps in front of the Virginia-class attack submarine Pre-Commissioning Unit John Warner as the boat conducts sea trials in the Atlantic Ocean on May 21, 2015. (Chris Oxley/U.S. Navy)

A dolphin jumps in front of the Virginia-class attack submarine Pre-Commissioning Unit John Warner as the boat conducts sea trials in the Atlantic Ocean on May 21, 2015. (Chris Oxley/U.S. Navy) 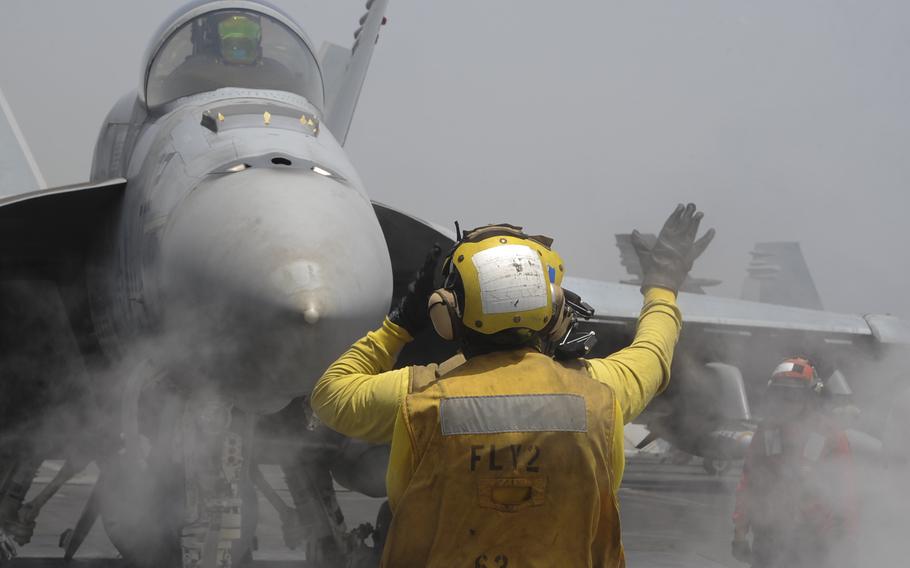 A Sailor guides an F/A-18E Super Hornet assigned to Strike Fighter Attack Squadron 136 along the catapult tracks on the flight deck of the USS Theodore Roosevelt on May 30, 2015 in the Mediterranean Sea. (Taylor L. Jackson/U.S. Navy) Fireman Xavier Phommavong and Petty Officer st Class Broderick Surratt, both assigned to the USS Shiloh pose for a selfie with a student from the Association of Differently Abled Persons school during a community relations project in Olongapo City, Philippines. (Raymond D. Diaz III/U.S. Navy) 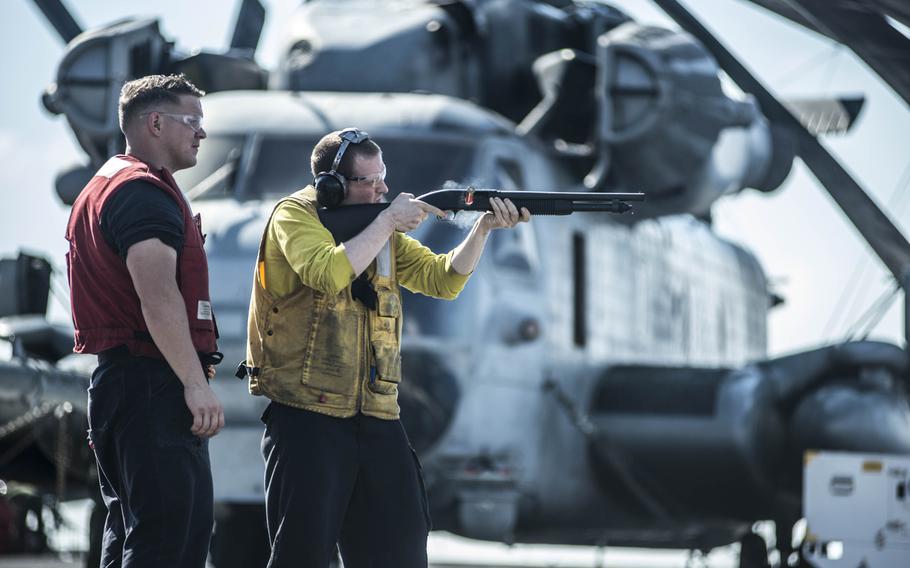 Petty Officer 3rd Class Timothy Tennant, right, fires an M-500 12-gauge shotgun during a weapons qualification exercise on the flight deck of the USS Essex as it sails in the Pacific Ocean on June 3, 2015. (Bradley Gee/U.S. Navy) Kristian Bush, a member of the band Sugarland, performs for sailors aboard the fUSS McCampbell at Yokosuka Naval Base, Japan. (Kevin, V. Cunningham/U.S. Navy) 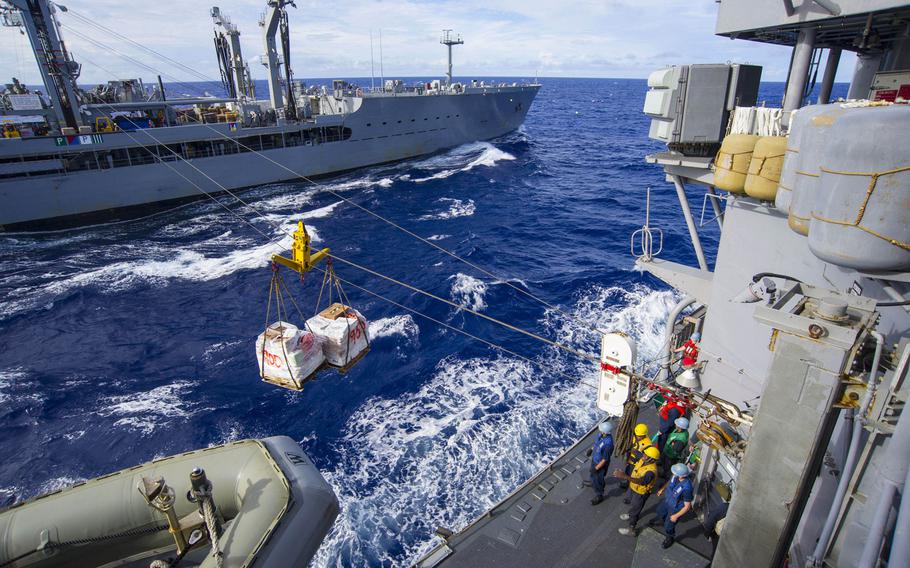 The USS Antietam receives supplies from the Military Sealift Command fleet replenishment oiler USNS Rappahannock during a replenishment-at-sea in waters near Guam on June 2, 2015. (U.S. Navy) The USS Mitscher, right, provides a warm welcome to the French tall ship replica the Hermione in the vicinity of the Battle of Virginia Capes off the East Coast of the United States on June 2, 2015. The original Hermione brought French General Marquis de Lafayette to America in 1780 to inform General Washington of France's alliance and impending support of the American Revolutionary War. (Michael Sandberg/U.S. Navy)

Our staff-selected photos of the week of the Navy in action.