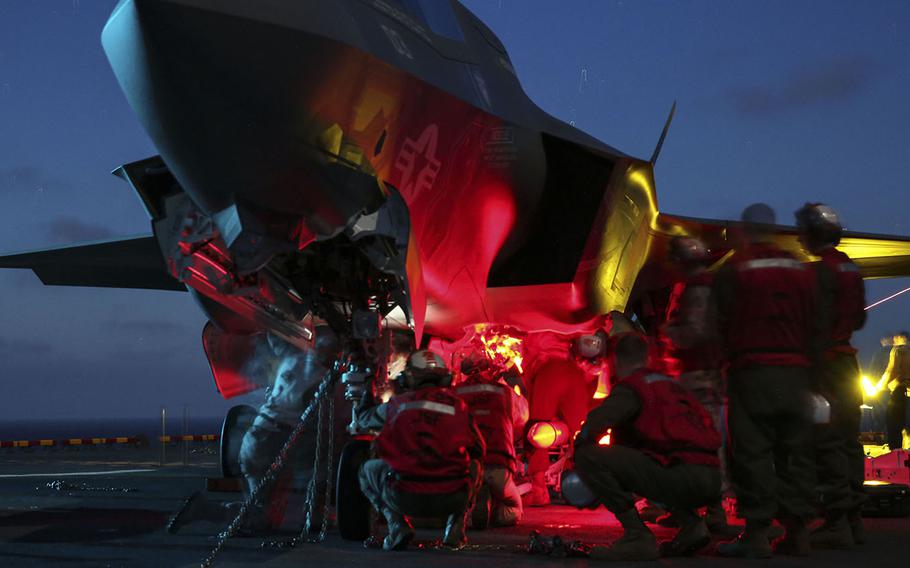 Marines load ordnance onto an F-35B Lightning II during Operational Testing 1 aboard USS Wasp at sea, on May 27, 2015. (Anne K. Henry/U.S. Marine Corps) Marines battle a blaze as part of monthly training to ensure they are always prepared in the event of an emergency on the flight line at Marine Corps Air Station Beaufort, S.C., on May 28, 2015. (Samantha Torres/U.S. Marine Corp)

A U.S. sailor with the USS Essex Amphibious Ready Group watches the USNS Wally Schirra during a replenishment at sea aboard the USS Essex in the Pacific Ocean, on May 31, 2015. (Anna Albrecht/U.S. Marine Corps) 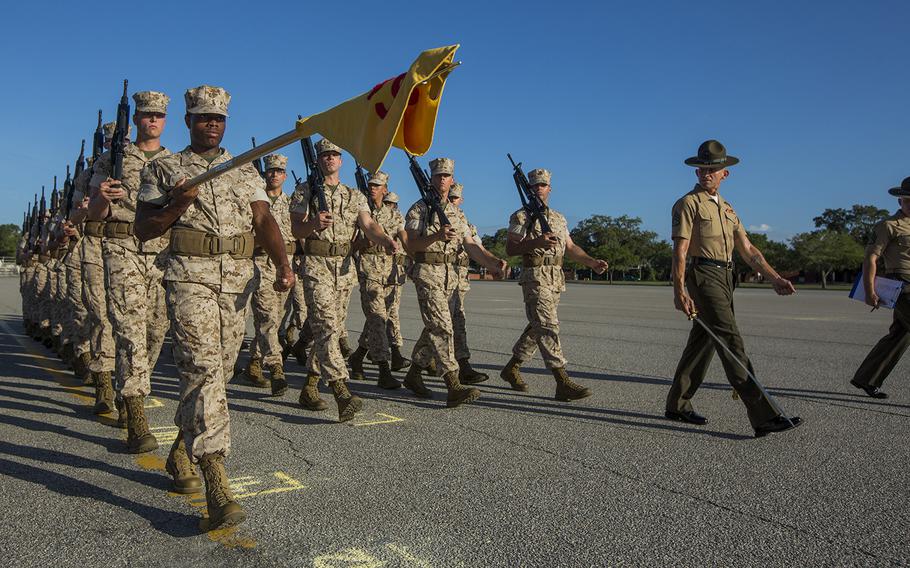 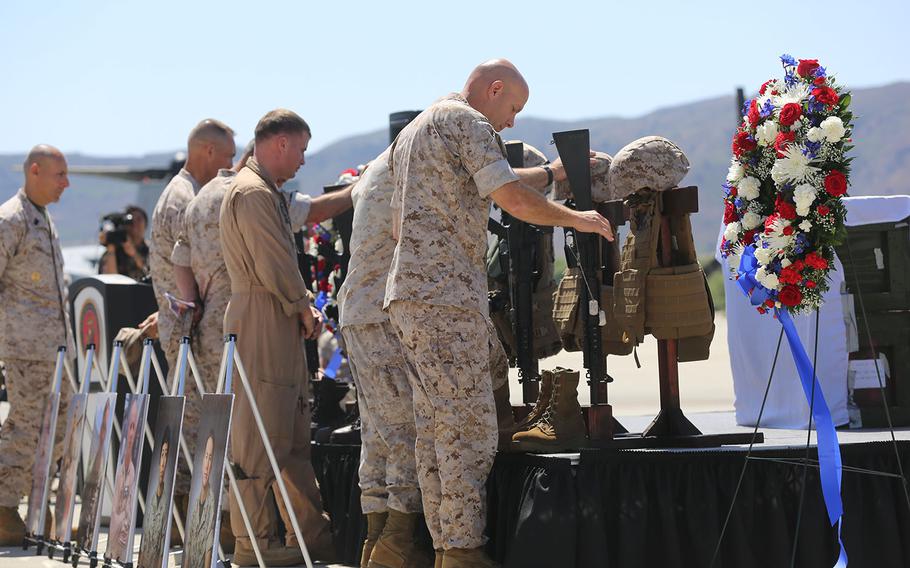