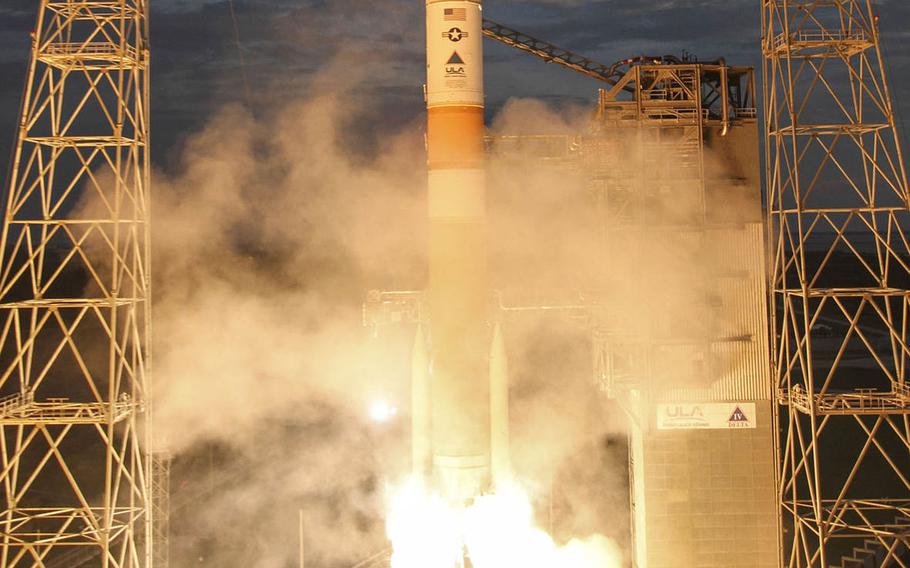 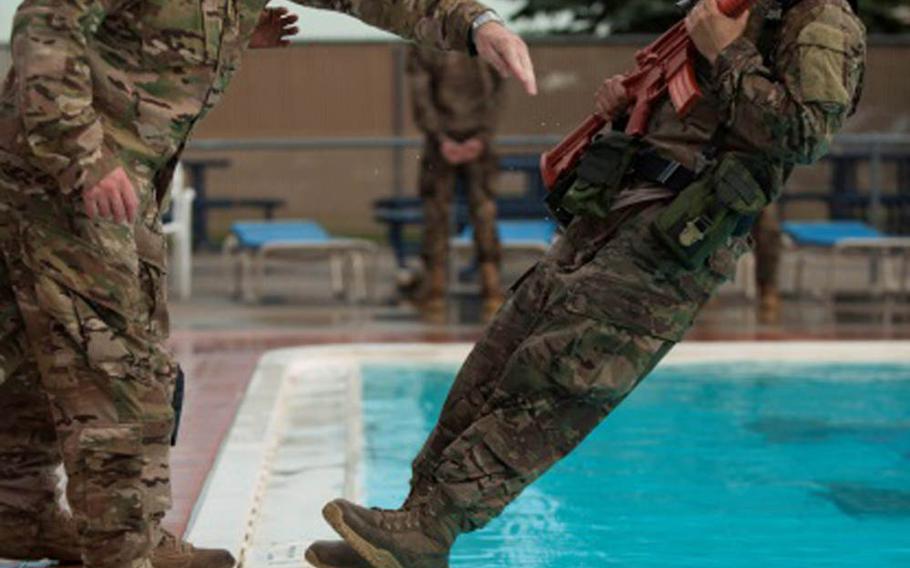 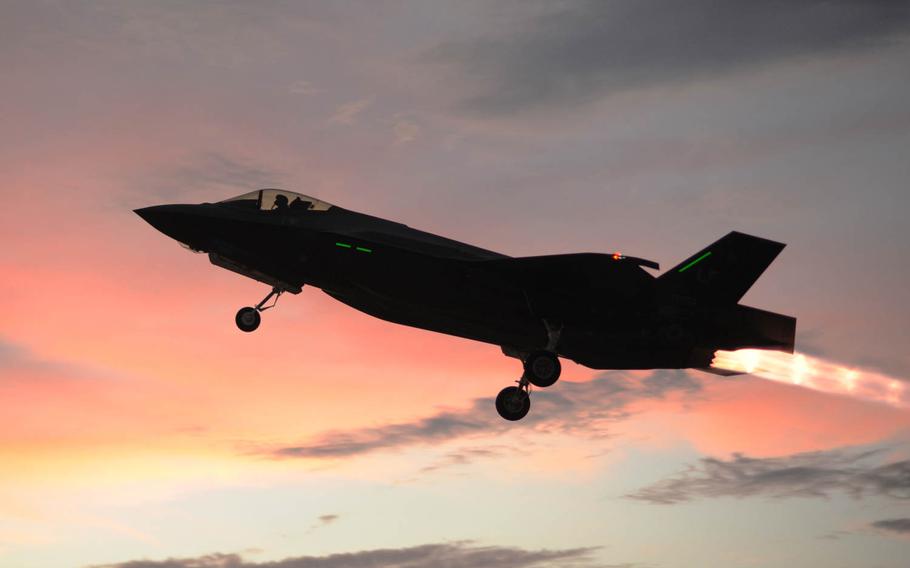 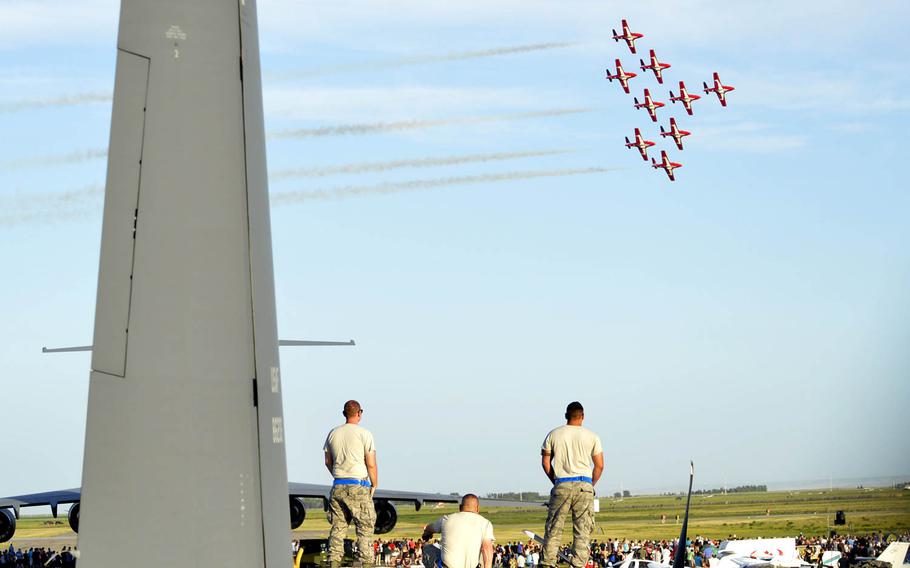 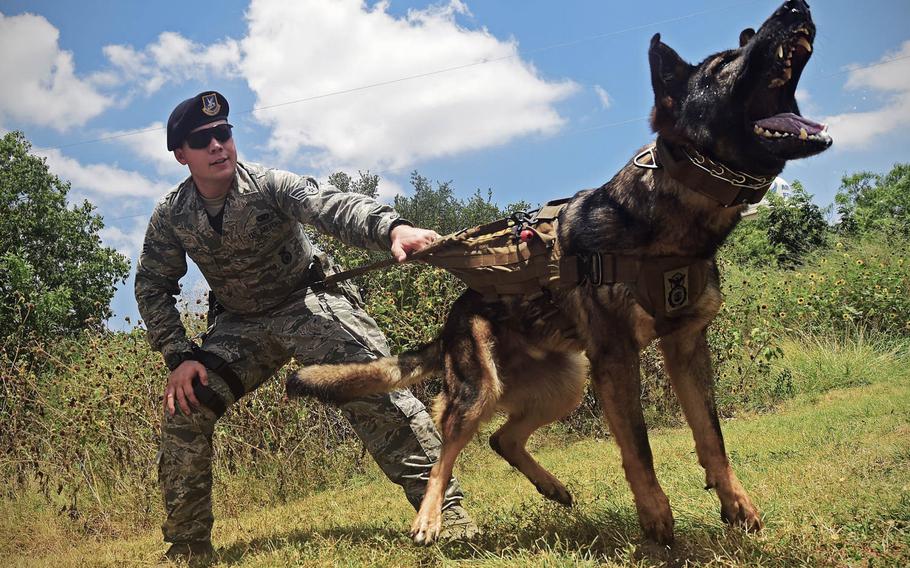 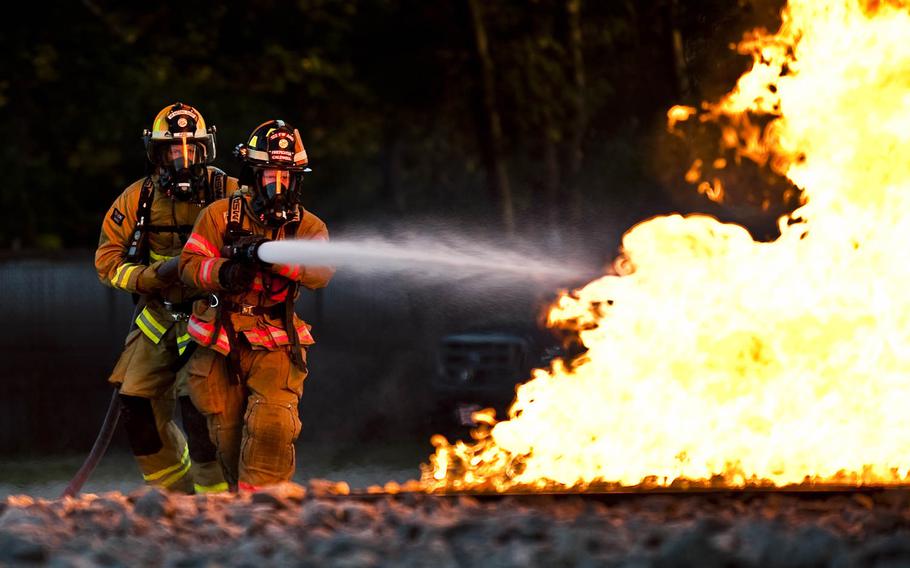 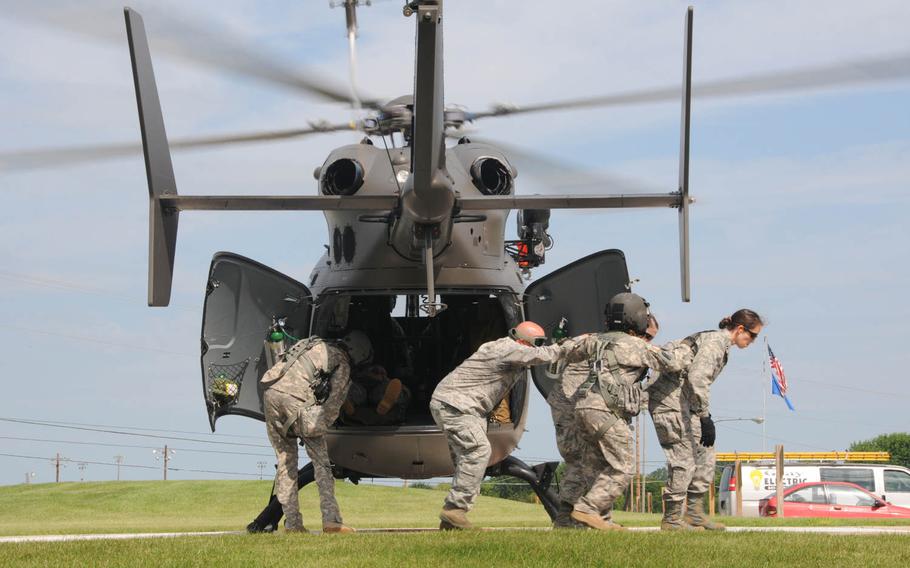 Army and Air National Guardsmen carefully exit the helicopter pad at the Mile Bluff Medical Center, Mauston, Wis., on Wednesday, July, 22, 2015, after loading a patient into a Wisconsin Army National Guard UH-72A Lakota Light Utility Helicopter. These Guardsmen, along with about 50 Mile Bluff staffers, participated in PATRIOT Exercise 2015, a domestic operations exercise that tested and trained military and civilian first responders on their natural disaster response. ()