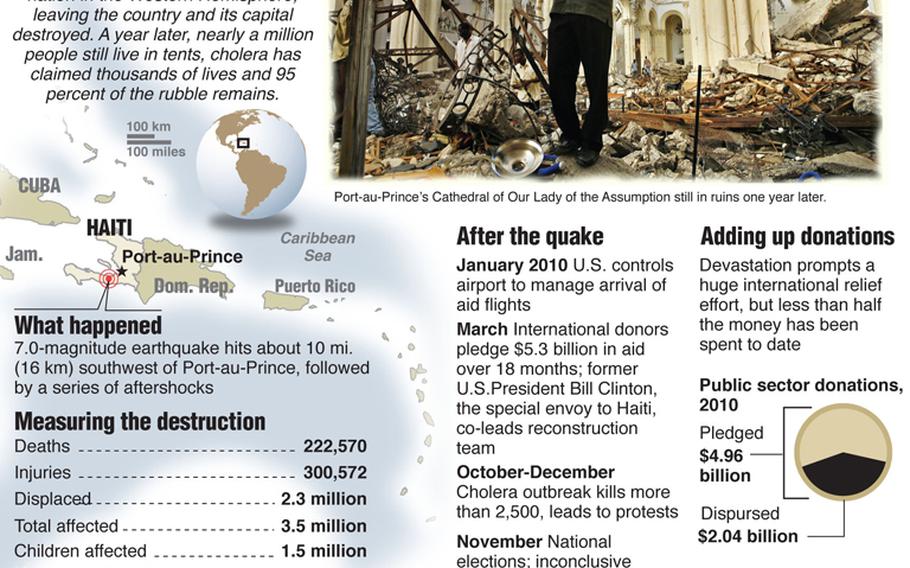 Graphic: Haiti, one year after the earthquake (MCT)

Watching a Christmas classic in Bosnia, 1997

John Olson &copy;Stars and StripesBu Dop, South Vietnam, December, 1967: Spec. 4 Ron Brault of Kansas City, Mo., eats dinner while sitting next to a Christmas tree sent to him by his parents.

Mark Allen &copy;Stars and StripesTama Hills, Japan, April, 1998: Green Bay quarterback Brett Favre autographs a cheesehead hat for a Packers fan at the Tama Hills golf course, near Tokyo, where Favre played a round during a promotional tour for the upcoming American Bowl game between his team and the Kansas City Chiefs.

RELATED MATERIAL: A 1998 Stars and Stripes story about Brett Favre at Tama Hills.