Philippines relief effort a showcase of speed and flexibility 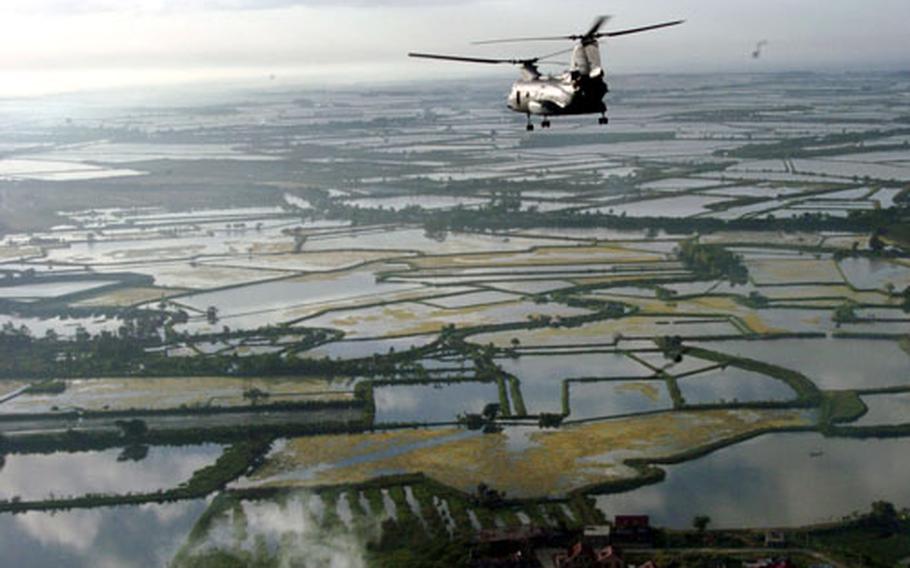 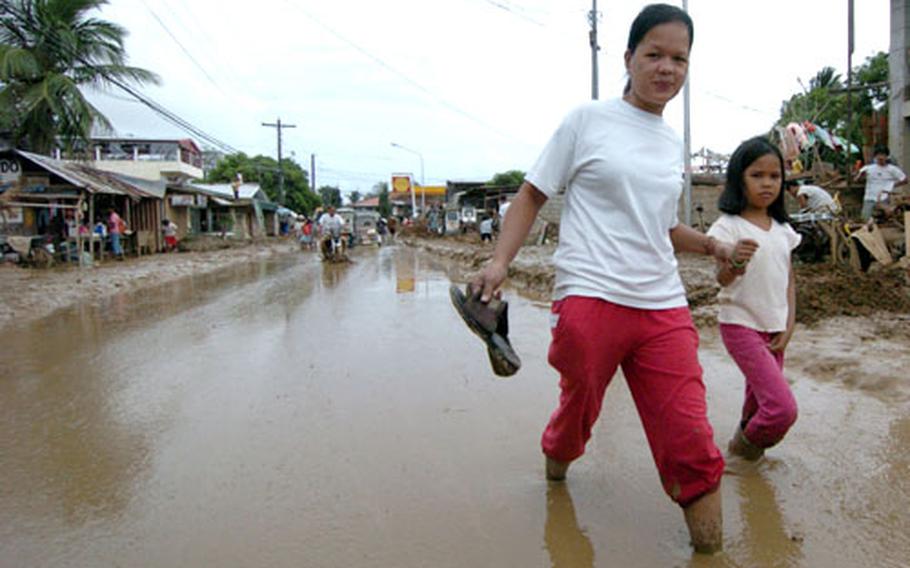 CLARK AIR BASE, Philippines &#8212; In the span of a few days, more than 600 Marines, sailors and airmen from Okinawa and the USS Fort McHenry from Sasebo Naval Base, Japan, were organized into a joint task force in the vicinity of the Philippines to help the nation carve itself out of a national crisis.

A succession of violent storms and mudslides earlier this month killed hundreds and left thousands homeless or without sustenance.

With roads and bridges out, Philippine military and government forces were stretched thin trying to deliver aid. The United States pledged its support, and soon U.S. helicopters were flying in aid to remote communities.

It was a vivid demonstration of the U.S. military&#8217;s capability for humanitarian aid in the Pacific region, one of the first of its kind, officials say.

The mission was accelerated by the U.S. military&#8217;s familiarity with working in the Philippines and by the flexibility of the 3rd Marine Expeditionary Brigade on Okinawa, said the man leading the task force.

&#8220;We were able to quickly analyze this mission, quickly deploy for the mission, quickly execute and begin aid runs,&#8221; said Brig. Gen. Kenneth J. Glueck, commander of Joint Task Force 535 in the Philippines and the 3rd MEB.

Through bilateral exercises such as Balikatan, &#8220;we have basically rehearsed this several times. The whole deployment, the whole setup here at Clark, had been done before,&#8221; he said.

The MEB itself is designed to adapt to different missions, from humanitarian help to full-scale combat, he said. A core command structure attaches whatever resources are needed and available to make the joint task force.

&#8220;When you begin to think and plan for a mission like this you&#8217;re already thinking from a joint perspective: What capabilities are we deficient in within the MEB that we can draw from the other services?&#8221; Glueck said.

Before the final approval came through, an advance team of Marines hit the ground to prepare, followed by helicopters from a Military Sealift Command ship that flew out initial aid.

When the Pentagon officially pledged its support Dec. 7, the ball was set in motion. The USS Fort McHenry from Sasebo carried in two heavy-lift Marine CH-53 helicopters, while six CH-46 helicopters flew in from Okinawa.

More than 600 servicemembers came along or followed.

In three days aid was flowing, fueled by a common focus and sense of urgency among the participating units, he said.

Each day since arriving, the task force has topped its own success.

In the sea of Marine digital camouflage uniforms, a few dozen Air Force cammies stand out.

Lt. Col. Billy D. Thompson, commander of the 33rd Rescue Squadron from Kadena, brought the assets of about 50 airmen from four units to the mix to lead the 33rd Expeditionary Rescue Squadron under the task force.

With barely two days&#8217; notice, he assembled the expeditionary squadron from the 33rd and 31st Rescue Squadrons, the 718th Aircraft Maintenance Squadron and pararescue jumpers mostly from the 320th Special Tactics Squadron.

Despite all coming from Okinawa, the Air Force and Marine personnel didn&#8217;t know each other.

The Air Force role is conducting search and rescue in the event an American aircraft goes down, or as needed to assist Philippine forces. The Air Force Pave Hawks, HH-60G helicopters, also transport the task-force commander as needed so Marine aircraft aren&#8217;t diverted from their relief missions, he said.

On the first day of their air operations, Air Force personnel evacuated four injured Philippine nationals and ferried in 500 pounds of medical equipment and 600 pounds of water to one town.

As the mission winds down, the joint task force has exceeded its goals for delivering aid.

It also sets an example for the U.S. military&#8217;s potential dealing with future regional humanitarian crises.