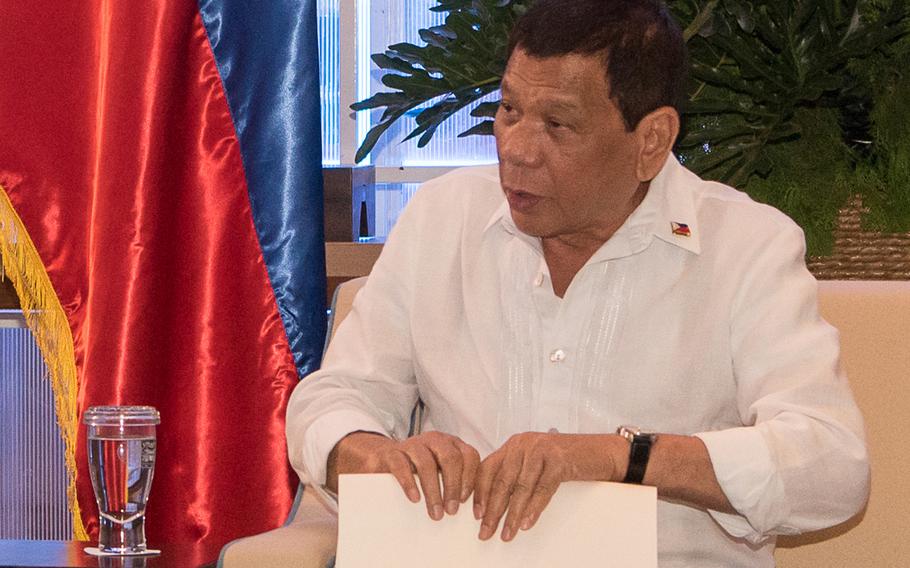 The Philippines has expressed “serious concerns” and vowed to take “appropriate diplomatic action” over Chinese long-range bombers operating in disputed parts of the South China Sea.

The China Daily newspaper reported Saturday that the People’s Liberation Army Air Force had conducted takeoff and landing training with H-6K bombers in the sea, where Beijing has built up and militarized tiny islets also claimed by several of its neighbors.

With a combat radius of nearly 1,900 nautical miles, the H-6K bomber would be able to reach all of Southeast Asia from Woody Island, the think tank said according to a story published Saturday by The Associated Press.

The Philippines hasn’t independently verified that the bombers were in the area, Reuters news agency reported, quoting Harry Roque, a spokesman for Philippines President Rodrigo Duterte.

“But we take note of the reports that appeared and we express our serious concerns anew on its impact to efforts to maintain peace and stability in the region,” he said.

The Philippines Department of Foreign Affairs said it is monitoring the area.

“We are taking the appropriate diplomatic action necessary to protect our claims and will continue to do so in the future,” a statement said. “We reiterate our commitment to protect every single inch of our territory and areas which we have sovereign rights over.”

The U.S. and the Philippines have clashed with China over access to disputed South China Sea waters. In 2016, the Permanent Court of Arbitration in The Hague ruled in the Philippines’ favor in a dispute with China over fishing access to Scarborough Shoal. China has ignored the ruling, and Duterte sidestepped the issue in a bid to establish closer relations with Beijing.

Earlier this month, the U.S. and the Philippines kicked off their largest multinational Balikatan drills under Duterte, who sought to scale down America’s military presence in his country after taking office in June 2016.