Philippines exercise wrapped up ahead of super typhoon 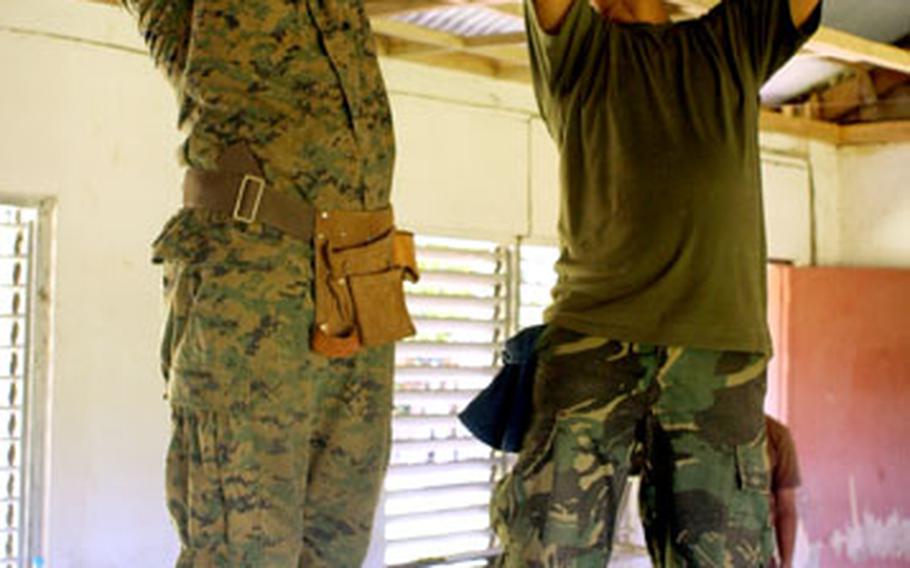 A U.S. Marine and a Philippine Seabee rebuild the roof of an elementary school in support of exercises Talon Vision and Amphibious LAnding Exercise FY ‘07. (Brenton Gumucio / U.S. Marine Corps)

A U.S. Marine and a Philippine Seabee rebuild the roof of an elementary school in support of exercises Talon Vision and Amphibious LAnding Exercise FY ‘07. (Brenton Gumucio / U.S. Marine Corps) 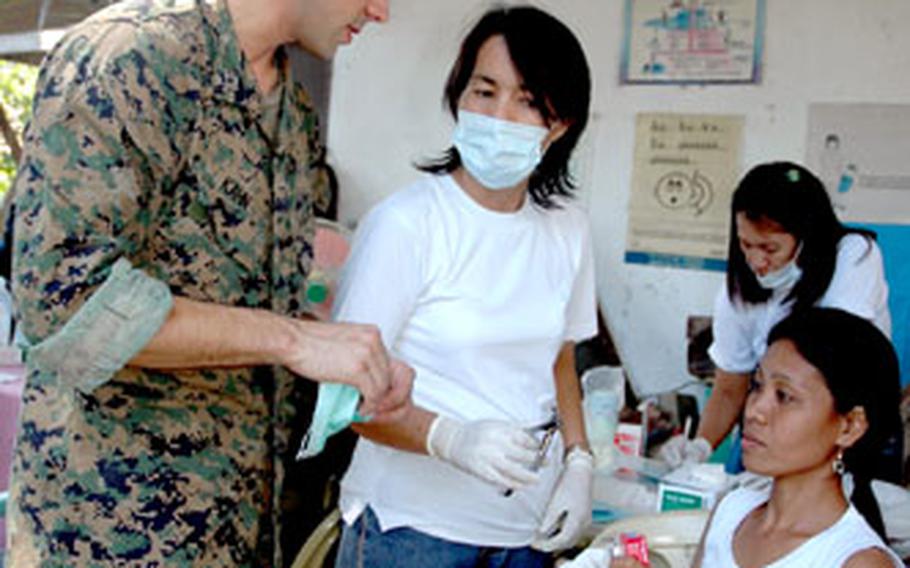 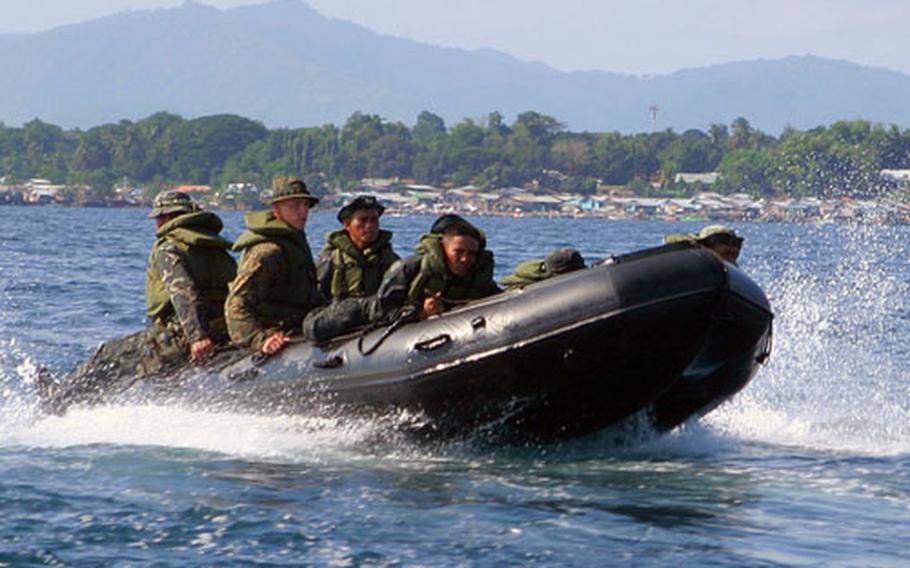 CAMP FOSTER, Okinawa &#8212; October&#8217;s bilateral exercises in the Philippines ended without a hitch last week, just days before Super Typhoon Cimaron threw a wet, windy blanket over Luzon, where the bulk of the training occurred.

&#8220;All of our training with the Philippine armed forces was conducted as planned,&#8221; said Marine Capt. Burrell Parmer, 31st Marine Expeditionary Unit spokesman. &#8220;We accomplished everything, with the closing ceremony held on Saturday and the turnover of all civic engineering projects, prior to the storm closing in on us.&#8221;

&#8220;They have contributed much to the training of both nations,&#8221; he said. &#8220;Whether it was bilateral training in the littoral areas, coastal patrol interdiction with the Philippine navy and marine corps &#8230; or civil military operations, our forces have demonstrated the team concept throughout.&#8221;

&#8220;This goes to show that our forces could respond not only to defense callings, as exhibited by the conduct of this exercise, but [we&#8217;re] also capable of providing humanitarian assistance to the less fortunate inhabitants in these communities,&#8221; he said.

One of those community action projects was completed and dedicated Friday in the opening of a multipurpose facility in Zambales province. Besides the building&#8217;s construction, the U.S. and Philippine troops also provided medical and dental services for area residents and delivered donated computers and school supplies.