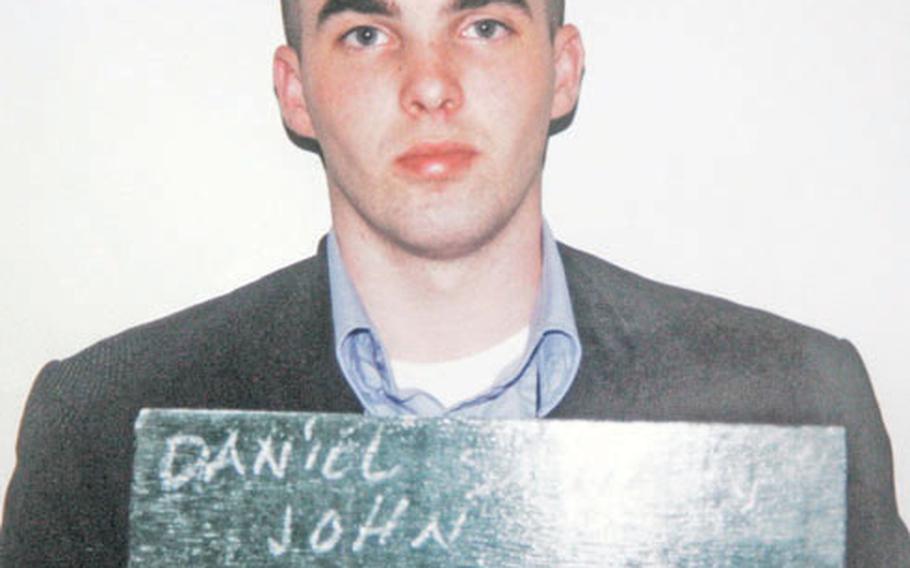 Marine Lance Cpl. Daniel Smith was sentenced to 40 years in prison for the Nov. 1, 2005, rape of a woman in a van as fellow Marines allegedly cheered him on. ()

The Philippine Supreme Court ruled Wednesday that Marine Lance Cpl. Daniel Smith must be transferred to the custody of Philippine authorities while he awaits the outcome of his appeal of a 2006 rape conviction.

Smith, sentenced to 40 years in prison for the Nov. 1, 2005, rape of a woman in a van as fellow Marines allegedly cheered him on, had been transferred from the Makati City Jail to the U.S. Embassy on the basis of an agreement signed the week before his conviction.

The court ruled 9 to 4 Wednesday, with two abstentions, that the agreement allowing Smith&#8217;s detention at the U.S. Embassy did not follow guidelines set in the bilateral Visiting Forces Agreement, known as the VFA.

That agreement was "not in accord with the VFA itself because such detention is not by Philippine authorities," the court said.

It ordered Philippine officials to negotiate with their American counterparts in formulating a "proper agreement on detention facilities under Philippine authorities."

Article V, Section 10 of the VFA "provides that the confinement or detention by Philippine authorities of the United States personnel shall be carried out in facilities agreed on by appropriate Philippines and United States authorities," the court ruled.

The Court also directed the Court of Appeals to resolve without delay other pending matters before it, including Smith&#8217;s appeal, according to a news release from the court&#8217;s press office.

Smith will be allowed to remain at the Embassy compound pending such an agreement, the court stated.

No deadline for the agreement was included in the ruling.

Marines on Okinawa referred queries on Wednesday&#8217;s court ruling to the U.S. Embassy in Manila.

"The U.S. Embassy has taken note of the Supreme Court decision regarding the Visiting Forces Agreement," a statement posted to the Embassy&#8217;s Web site said. "As it concerns important legal issues, we have referred it to United States Government legal experts in Washington."

Smith was an Okinawa-based Marine from St. Louis and was on liberty in Subic Bay Freeport after participating in the annual Balikatan Exercise when the rape occurred. During his seven-month trial, he claimed the sex was consensual.

The high-profile case triggered anti-American protests in the Philippines and demands for revising the VFA.

Two dissenting justices issued a statement questioning the validity of the VFA and called for Smith&#8217;s immediate transfer to a Philippines prison pending his appeal.