Petraeus may soon find Afghanistan is no Iraq 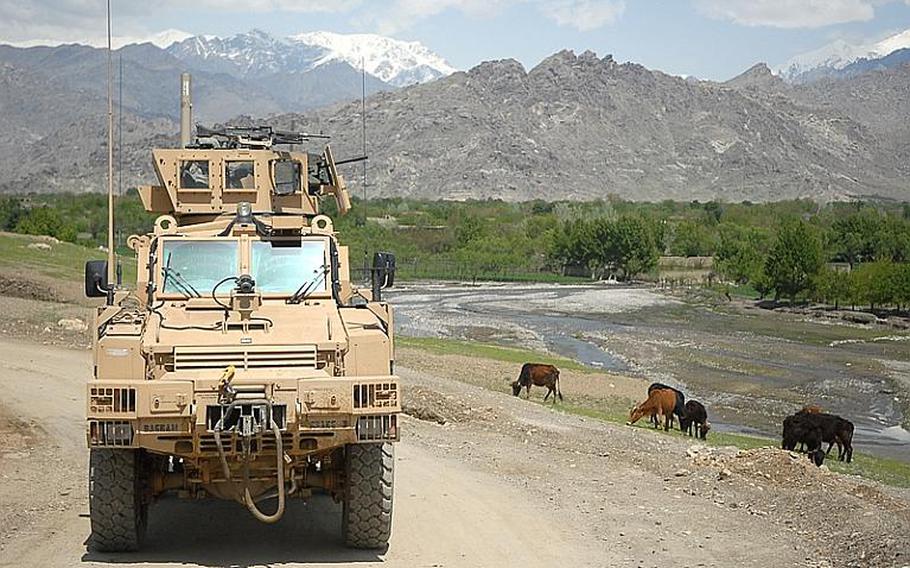 Buy Photo
Cows graze on grass near a Mine Resistant Ambush Protected vehicle during a mission to check on road projects in rural Kapisa province. (James Warden/Stars and Stripes)

Buy Photo
Cows graze on grass near a Mine Resistant Ambush Protected vehicle during a mission to check on road projects in rural Kapisa province. (James Warden/Stars and Stripes) 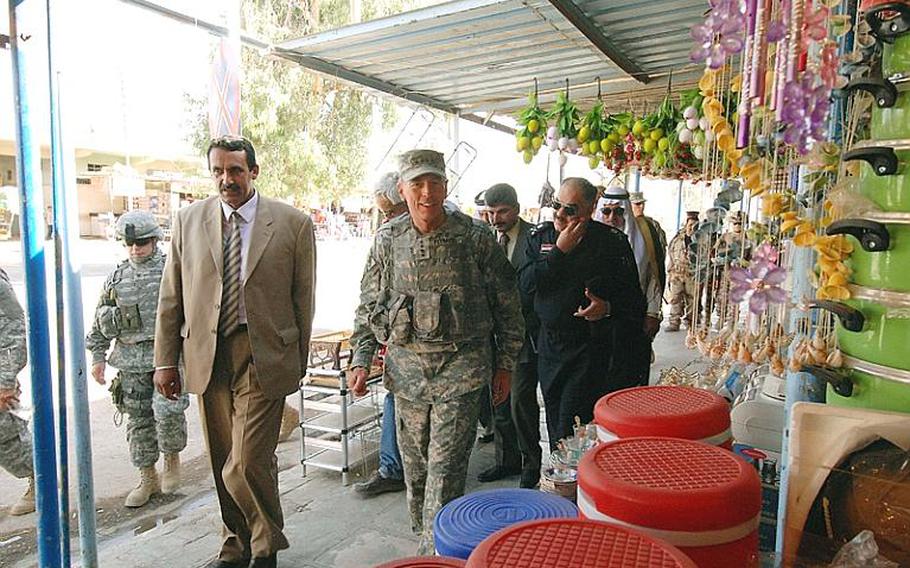 MARJAH, Afghanistan &mdash; Three years ago, Gen. David Petraeus took command over what looked like a hopeless war effort in Iraq and is now widely credited with turning it around.

But it could prove much harder this time.

The two wars do have parallels: In Afghanistan, as in Iraq, the insurgents are deeply embedded in the local population. Security forces are largely untrained and undisciplined. Economic development is sputtering while effective government, hobbled by corruption and frequent assassinations of local leaders, has yet to take hold in much of the country. The population has little confidence that U.S. and other international forces will stick around, let alone win.

Meanwhile, on the home front, polls indicate that Americans are as skeptical about the prospects for success in Afghanistan as they were at a similar lowpoint in Iraq when Petraeus took over. More than half of Americans believe that the war in Afghanistan is no longer worth fighting.

But there are also crucial differences between the two embattled countries.

The insurgency in Iraq was primarily urban, while the fight in Afghanistan is being waged in hundreds of rural villages. Iraq has a large and educated middle class, while most Afghans are poor and illiterate, making it difficult to staff the security forces and ranks of government with competent expertise.

And the clock is ticking on Obama&rsquo;s promise to start withdrawing U.S. troops in 12 months--the kind of deadline that Petraeus never faced under President George W. Bush.

In Iraq, Petraeus reversed the deteriorating security situation by getting U.S. troops off the big bases and out into smaller outposts where they worked to protect the population from insurgents, boosted Iraqi security forces and cut deals with local sheiks that put the brakes on a sectarian conflict that threatened to spin into full-scale civil war. Those decisions, coupled with the surge of 30,000 extra troops that Bush ordered into the country, led to a turning point in the war.

Until his removal, Gen. Stanley McChrystal sought to emulate that success in Afghanistan. But the 34,000 additional forces that Obama dispatched last December are still not fully deployed, and U.S. and international forces have yet to blunt the Taliban&rsquo;s momentum in every corner of the country.

Moreover, McChrystal&rsquo;s tactical directives, which effectively prohibited the use of heavy weapons, artillery and airstrikes when civilians might be present, have left many troops disgruntled.

&ldquo;It&rsquo;s gotten to the point where we can&rsquo;t do what we need to do to show that we are stronger than the Taliban,&rdquo; Marine 1st Lt. Dave Emison, a platoon leader in central Marjah, told Stars and Stripes this week.

What was supposed to have been a pivotal offensive in the Taliban stronghold of Marjah has now bogged down into daily firefights against insurgents. And the campaign to secure Kandahar, the strategic prize in southern Afghanistan, has been delayed repeatedly and is expected to last well into the fall.

Nor does there appear to be much prospect in Afghanistan for a repeat of the Sunni Awakening in Iraq, in which tribes in Anbar and other Iraqi provinces allied themselves with U.S. forces to fight insurgents. That switching of sides by many Sunni insurgent fighters in 2007, coupled with the Shiite Mahdi Army&rsquo;s decision to lay down its arms, contributed in no small measure to the turnabout in the war.

Although a number of scattered Afghan villages have taken up arms against the Taliban, a similar broad &ldquo;awakening&rdquo; looks unlikely. Tribal structures rule in this fragmented country, which has been ravaged by more than 30 years of war, and the Taliban&rsquo;s ranks are composed mostly of native ethnic Pashtuns, not outsiders.

While McChrystal&rsquo;s strategy was similar to Petraeus&rsquo; in Iraq &mdash; protecting civilians, building up security forces, fostering governance and economic development &mdash; progress has not been encouraging.

In Marjah, U.S. troops have been working alongside the new local government to recruit residents to join a fledgling Neighborhood Watch to patrol their own streets. But Marines laugh at the notion that Marjah has ever been cleared &mdash; the first step in any counterinsurgency operation &mdash; so it is hardly ready for reconstruction.

And the elders whose blessings are needed for any initiatives are reluctant, still fearful of suffering reprisals by insurgents if they dare to cooperate with the Americans.

&ldquo;Once we get people to join the interim security program and the (Afghan National Police), that&rsquo;s when we will have more of an edge,&rdquo; said Capt. Carl Havens, commander of Company A, 1st Battalion, 6th Marines, inside Marjah. &ldquo;The problem is one elder doesn&rsquo;t want to be seen as the first to send in people.&rdquo;

Elsewhere, U.S.-led efforts have also suffered setbacks. In the Arghandab valley, north of Kandahar, Haji Abdul Jabbar, the government-appointed district leader, was assassinated two weeks ago along with his son.

But even with the influx of additional U.S. forces, the security outlook remains grim. A United Nations report last week found that roadside bombings had nearly doubled in the first four months of 2010, compared to the same period last year.

Assassinations of government officials were up by 45 percent and suicide attacks occurred at a rate of three a week. Most attacks took place in the south, where U.S. and other international forces have stepped up operations against the Taliban.

Even in the Dand district of Kandahar province, where local tribal leaders are working closely with U.S. and Canadian forces and officials say the counterinsurgency strategy is working, violence is rife. Earlier this week, a popular anti-Taliban village leader named Nasr Mohammed was fatally shot while on a trip into the provincial capital. At least 14 other village and tribal leaders have been killed in the last three years, according to Amidullah Nazek, the district governor.

Capt. John Villasenor, the commander of Troop B, 1st Squadron, 71st Cavalry Regiment, whose area of responsibility includes the slain leader&rsquo;s village, acknowledged that the death could cause other local leaders to lose their willingness to cooperate with U.S. forces.

&ldquo;We&rsquo;ve got to get out there and engage with the village leaders,&rdquo; said Villasenor. &ldquo;We can&rsquo;t let them waffle on security. We&rsquo;ve got to tell them that there&rsquo;s probably been more people killed in Fairfax, Va., than were killed here in Dand in the last three weeks.&rdquo;

Despite the long odds, many U.S. officers say that counterinsurgency is the only strategy that has a chance of success in Afghanistan.

But it is a slow process.