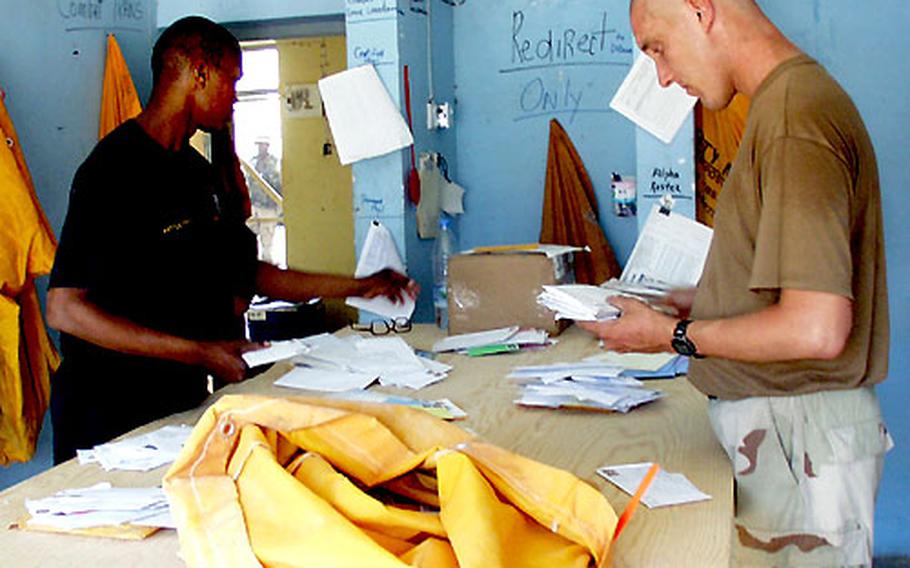 BAGHDAD, Iraq &#8212; Commanders for the 101st Airborne Division (Air Assault) have new marching orders from their leader, Maj. Gen. David Petraeus: After getting the mission done, make quality of life a priority for your soldiers.

All commanders are nominally concerned with their soldiers&#8217; living conditions, but Petraeus has codified that concern into an actual initiative, said Col. Ben Hodges, commander of the &#8220;Bastogne Bulldogs,&#8221; the 101st&#8217;s 327th Infantry Regiment, 1st Brigade.

Unit commanders have a lot of latitude in deciding how to implement Petraeus&#8217; directive, Hodges said.

In Iraq, where summer temperatures soar to more than 120 degrees during the day and rarely drop below 90 degrees, even at night, the priorities are simple, Hodges said: Make sure there is enough power to air-condition sleeping quarters; there is running water for toilet and shower facilities; and there is plenty of clean, cool water.

Beyond those goals, Petraeus&#8217; other metrics include Internet and telephone access, timely mail, and the chance every few days to purchase safe and tasty meals that bear no resemblance to Meals, Ready to Eat, Hodges said.

Troops should also be offered rest-and-relaxation trips, &#8220;so they sleep between sheets and shower eight times, if they want to,&#8221; Hodges said.