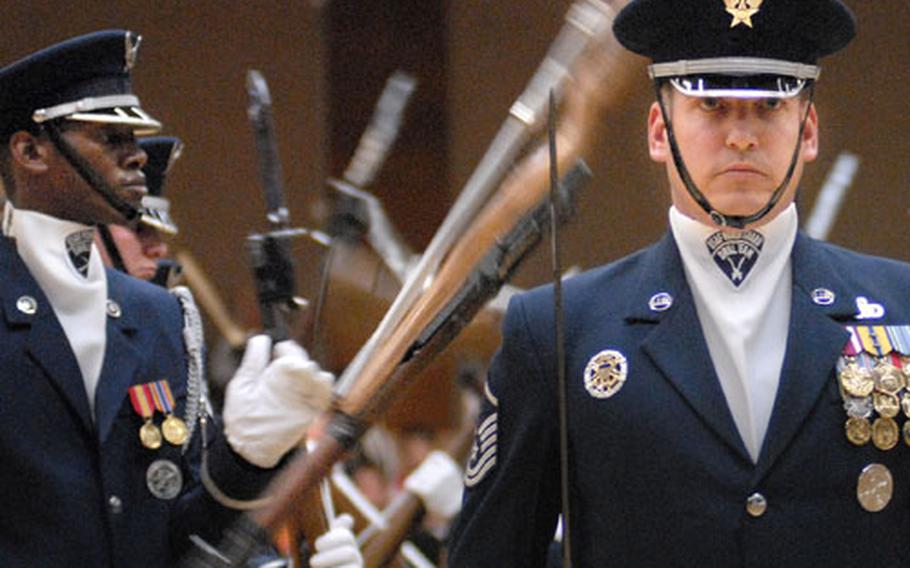 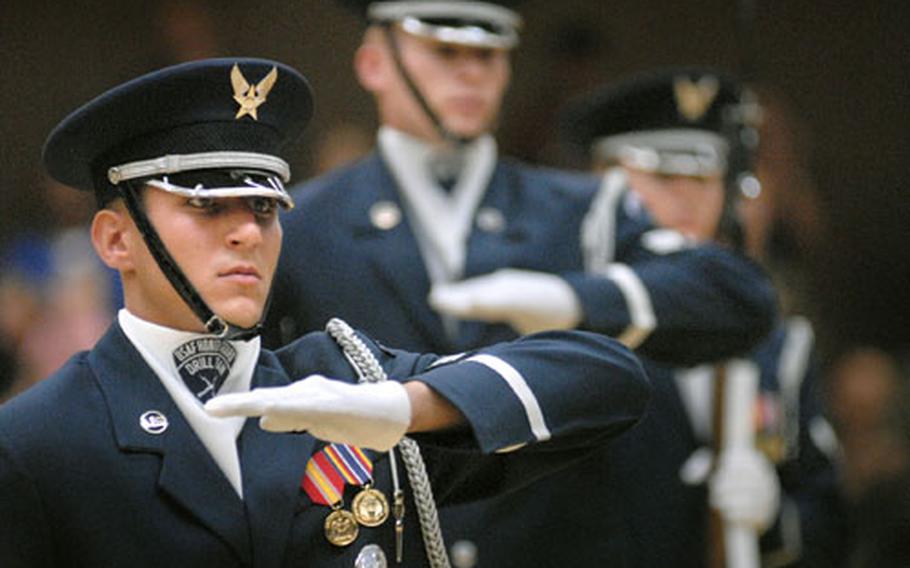 KAISERSLAUTERN, Germany &#8212; Arlington National Cemetery is America&#8217;s most hallowed ground, but it often takes weeks for those eligible to be interred there with full military honors to reach their final resting place.

Delays are nothing new at Arlington, but a projected rise in burials coupled with cuts to service honor guards mean the wait could get longer before it gets shorter.

World War II and Korean War veterans dying at a high rate and the wars in Iraq and Afghanistan have led to an increasing demand for plots. While earlier projections forecasted a decline in burials around 2008, federal officials have told military honor guardsmen that the numbers likely won&#8217;t drop for another three years. Last year, nearly 2,000 veterans died each day, according to U.S. Department of Veterans Affairs statistics.

One American family stationed in Kaiserslautern learned this summer the frustration of having to wait to bury a loved one. After flying to the U.S. to make funeral arrangements and returning to Germany, they had to fly back more than a month later to bury the deceased, who was a World War II veteran and survivor of Pearl Harbor.

Wait times can vary from five days to as long as two months, according to the cemetery&#8217;s Web site. Arlington averages 30 funerals a day and 7,000 annually, Arlington spokeswoman Kara McCarthy said in an e-mail.

The delay can depend on numerous factors, and a funeral with full military honors or use of the chapel can extend the delay. The more features someone requests, the longer it can take.

But the availability of honor guard personnel on the requested dates is one of the main reasons for the length of time it takes, McCarthy said.

It is, however, a number issue with the Air Force&#8217;s honor guard.

While burials at Arlington are expected to go up, the service&#8217;s ceremonial unit will see its numbers go down.

The guardsmen, whose primary mission is to render military honors to airmen and their families during funeral services, will lose more than a quarter of its airmen as part of a plan to trim 40,000 from the ranks. It&#8217;s proof that the Air Force personnel cuts are taking a slice out of nearly every unit.

The honor guard, based at Bolling Air Force Base in Washington, D.C., trains and supports other Air Force honor guard programs across the country while also conducting military ceremonies and performing special events. The unit includes a color guard, body bearers and firing party along with a traveling drill team. The bayonet twirling demonstration team traveled to air bases across Europe this summer, including Spangdahlem and Ramstein.

Once the downsizing is complete, the unit will go from about 270 airmen to 212. Capt. Joshua Hawkins, the Honor Guard&#8217;s drill team commander, said having fewer people is difficult because their services are needed more now than ever before. On an average day, guardsmen will participate in a dozen funerals.

That means the drill team has had to turn down some requests to perform its popular routine. In the case of providing airmen for funerals, guardsmen said it is their job to take care of servicemembers and their families and they would meet the need.

Cemetery representatives say that when families making funeral arrangements for loved ones are told they have to wait, they are generally very understanding, McCarthy wrote.