'Person of interest' sought at Vicenza in connection with reported rape 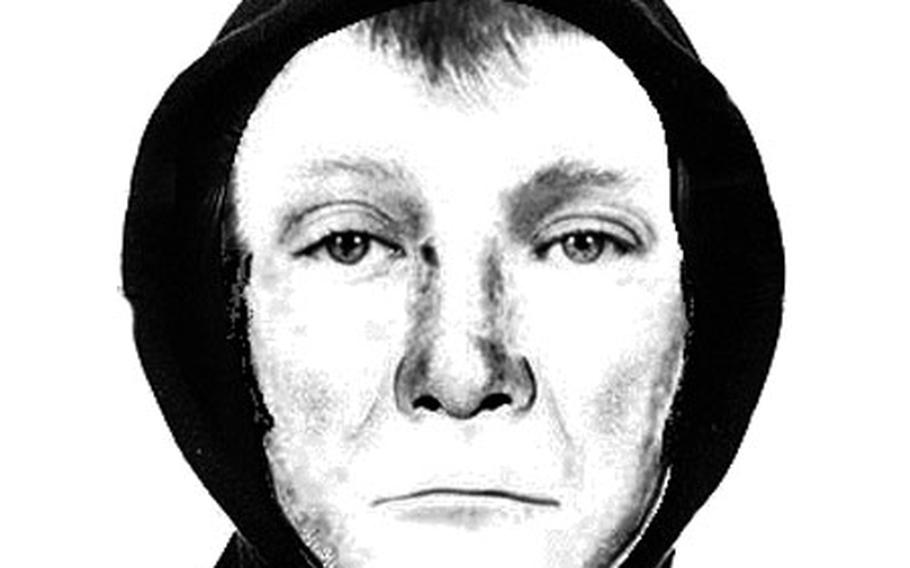 American and Italian authorities are looking for tips relating to a "person of interest" involving a reported rape this summer. (Sketch courtesy of U.S. Army)

American and Italian authorities in Vicenza, Italy, are looking for tips relating to a &#8220;person of interest&#8221; involving a reported rape this summer.

A short description of an individual wanted by Army Criminal Investigation Command agents for questioning was printed in the Nov. 29 edition of The Outlook, the base newspaper.

It included a sketch of the individual, but didn&#8217;t say why he was wanted.

CID Special Agent Charles Callich said in a telephone interview Thursday that the incident took place off base, and the victim was a female with a connection to Caserma Ederle.

Callich said the CID is working with the Italian Carabinieri in a joint investigation into the incident, which took place near a walking tunnel next to the Pale Contra Della Caimperta.

According to a poster issued by CID, the wanted individual is described as being between 20 and 30 years old, approximately 6 feet tall and slender, with a tan or olive complexion.

He rode an old black bicycle and was dressed in a hood and corduroy pants.

Those with information are urged to call the CID office at DSN 634-7723 or via e-mail at: cid.vicenza@setaf.army.mil.