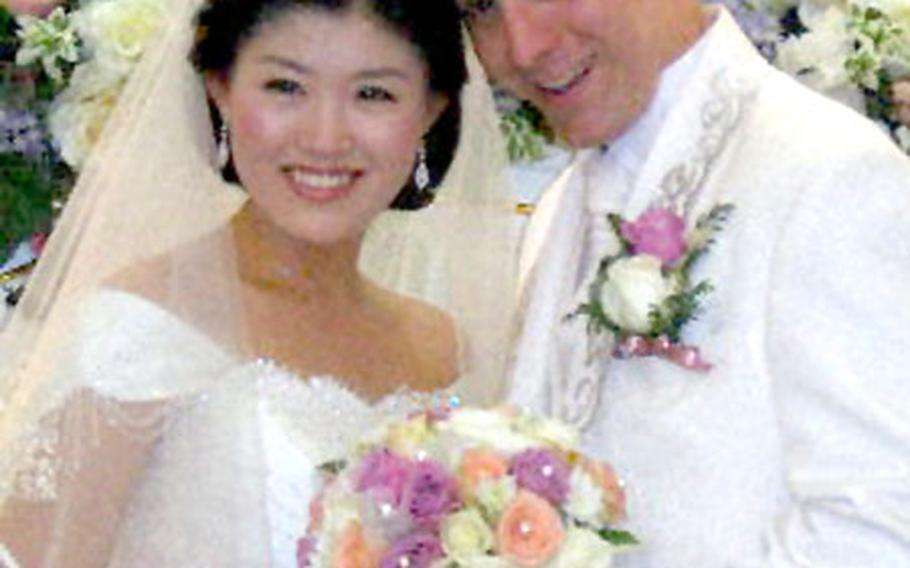 PYEONGTAEK, South Korea &#8212; He was a soldier stationed at Camp Carroll in Waegwan, one who hadn&#8217;t even wanted to come to South Korea when he heard the Army would send him.

She was a South Korean student attending Kyungbuk College of Science in Waegwan so she could learn English.

One day in September 2004, Camp Carroll hosted 45 students from the school for a tour of the post. When the Army asked for soldiers to escort the group, he, Spc. David Lee Pelton of Charleston, S.C., volunteered. He works as a battalion driver with Headquarters and Headquarters Detachment, 16th Medical Logistics Battalion, part of the 18th Medical Command.

Pelton, then 25, soon found himself talking casually with one of the female students, Kim You-jin, then 26.

Then, when the tour ended, You-jin asked a South Korean soldier in the escort whether any U.S. soldier might be willing to help her with English.

The soldier knew Pelton and called him over. He and You-jin exchanged phone numbers.

He started calling right away. Soon they were talking almost daily. They began meeting, weekly at first, he helping her with her English homework. Soon they met regularly. He was in love and within a month told her so, saying he hoped she felt the same way.

But she and her family were among the many South Koreans who have heard stories &#8212; many from the Korean War and its aftermath &#8212; of Korean women who ended up unhappy in marriages to U.S. servicemembers.

But that Christmas season, You-jin missed him.

A year later, this April 23, they were married.