Permanent PX to open at camp in Iraq 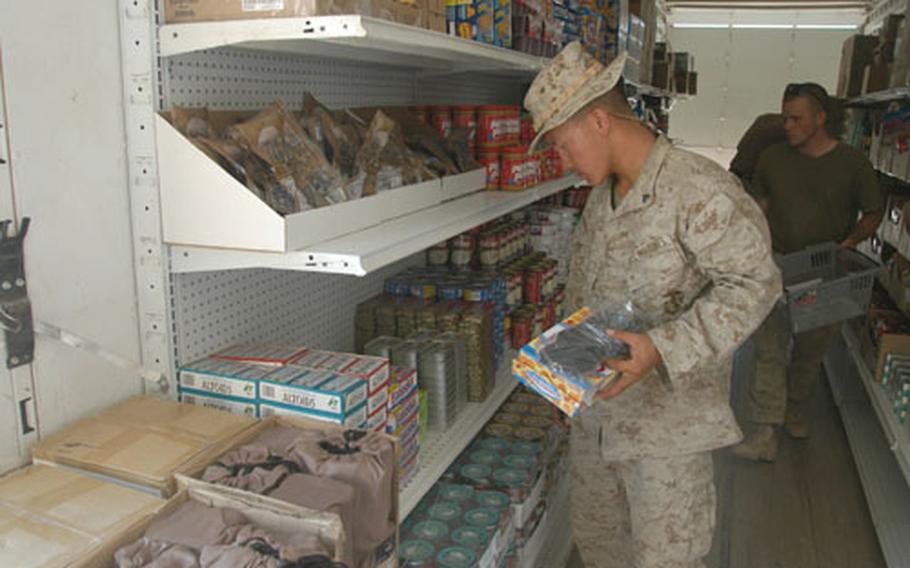 Cpl. Gee Vue of Marine Service Support Group 11 shops at the Camp Duke, Iraq, post exchange on Wednesday. Vue and a few other Marines and soldiers helping to open the exchange were able to shop before Friday&#39;s planned opening. (Jason Chudy / S&S)

CAMP DUKE, Iraq &#8212; Marines and soldiers assigned in the 11th Marine Expeditionary Unit&#8217;s operating area are finally getting a permanent AAFES post exchange Friday, albeit one of the wheeled variety.

Gunnery Sgt. Kurt Dillard, PX sergeant with the 1st Force Service Support Group, has spent the past few days getting a large trailer, known as a tactical field exchange, ready for business.

The Army and Air Force Exchange Service&#8217;s store will include about $190,000 worth of products ranging from electronics and beauty aids to military clothing and snacks, Dillard said.

Duke has been without a PX for just about two months, officials say.

The store will be open daily from 10 a.m. to 5 p.m., closing only when the store hits the road.