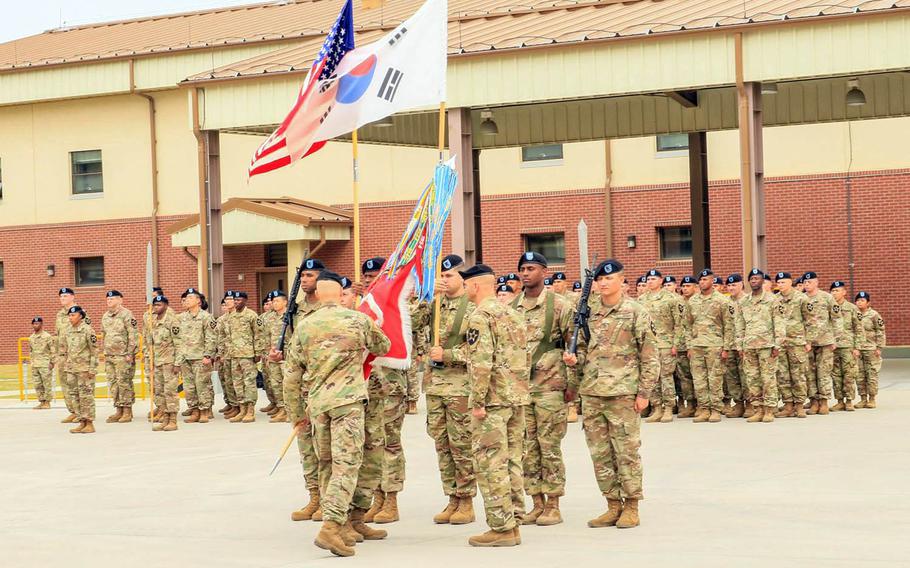 The 11th Engineer Battalion will replace the stateside rotational engineer battalions U.S. forces in Korea had been relying on since 2015.

The battalion will fall under the 2nd Combat Aviation Brigade, but will act as a corps-level asset, said battalion personalist Capt. Victoria McDonald.

“Our purpose is to provide theater-level engineer capabilities to every unit on the peninsula,” she added.

Along with its traditional route-clearance, building and fortification-construction duties, the new battalion boasts bridge-building capabilities, McDonald said. Bridges would serve as a key tool for fighting across South Korea’s vast rivers, including the Han 40 miles north in Seoul and the Imjin, which dominates the western part of the Demilitarized Zone.

If diplomacy fails, “we’ll be the first one’s spearheading the fight,” he said.