People of Inje dedicate bridge in memory of U.S. officer 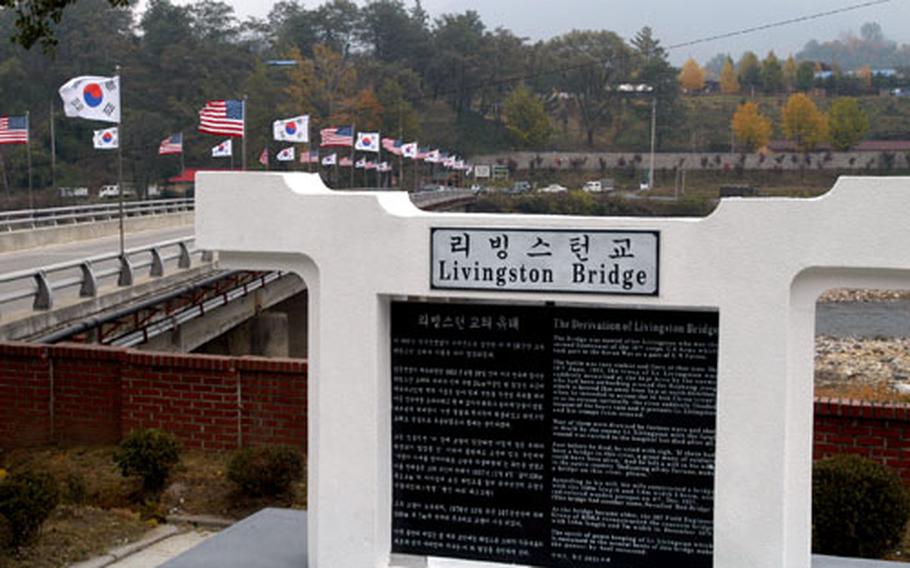 This bridge in South Korea was dedicated Friday to 2nd Lt. Thomas W. Livingston Jr., who was killed in action during the Korean War. (Seth Robson / S&S)

This bridge in South Korea was dedicated Friday to 2nd Lt. Thomas W. Livingston Jr., who was killed in action during the Korean War. (Seth Robson / S&S) 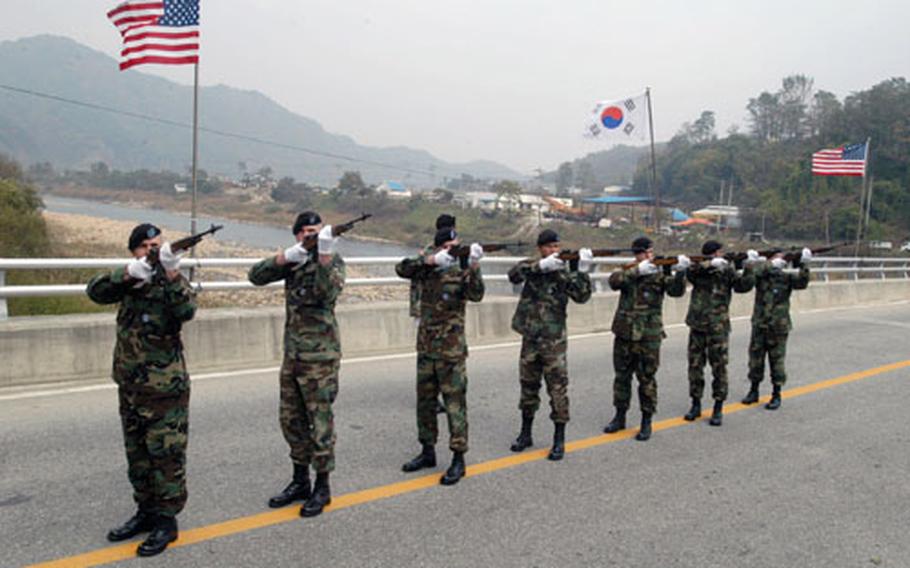 U.S. soldiers fire a salute on the during the dedication ceremony. (Seth Robson / S&S) 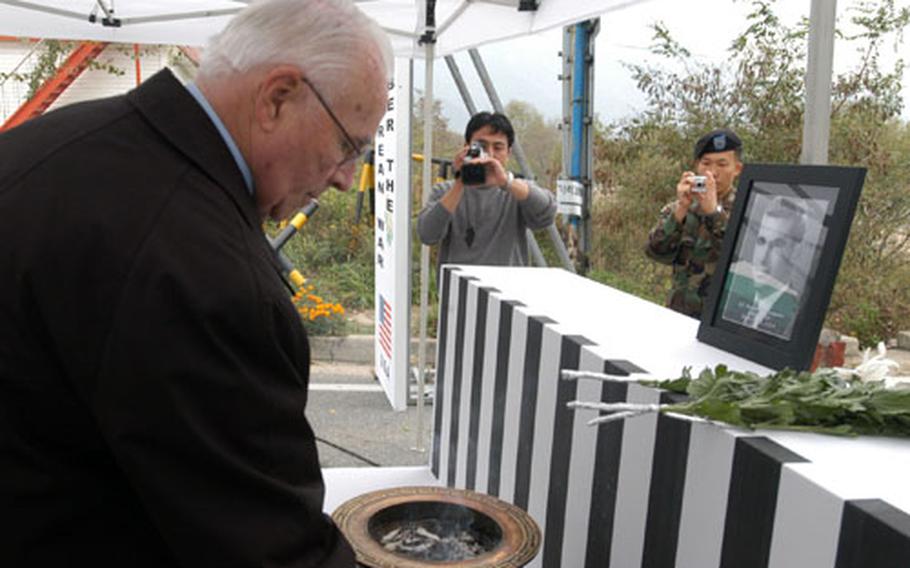 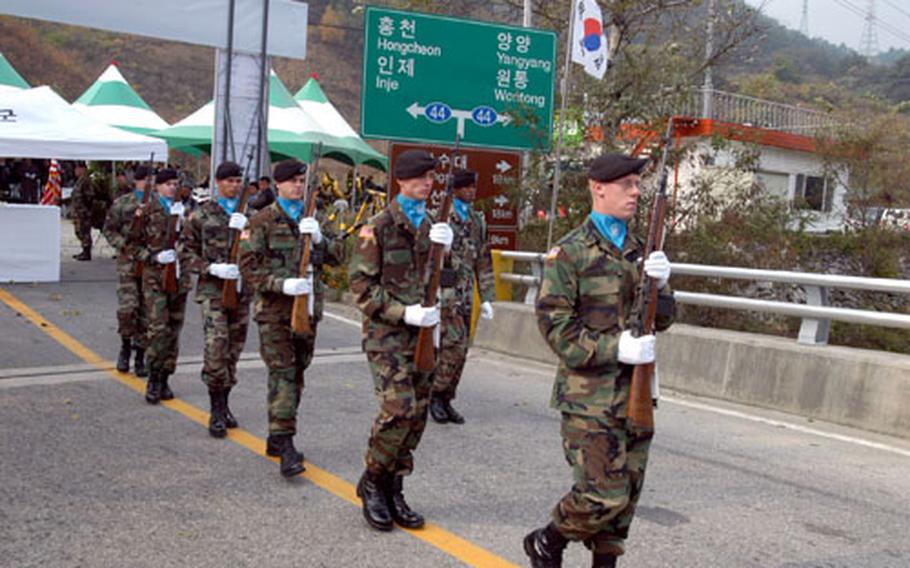 The firing party steps onto the bridge. (Seth Robson / S&S)

INJE, South Korea &#8212; U.S. Army 2nd Lt. Thomas W. Livingston Jr. gave his life in the Korean War more than 50 years ago, but the people of Inje have not forgotten him.

Livingston, a forward observer with the 196th Artillery Battalion, 10th Corps, was killed Sept. 22, 1952, during fierce fighting near Inje, a small city deep in a valley in Gangwon Province. On Friday, Inje&#8217;s people honored his sacrifice, dedicating a bridge across a river near the town in his name.

The last living member of Livingston&#8217;s immediate family, his brother, James, attended the ceremony with his wife and adult children and a cousin.

James Livingston told those gathered, including Inje city officials and soldiers from the South Korean and U.S. armies, about his brother&#8217;s life, family, brief seminary studies and time at Boston College, where he managed a champion hockey team and was a member of ROTC.

&#8220;Tom was an idealist, always looking on the bright side of any problem. We know he did what he was trained to do. He excelled by dying for what he knew was right. He did not die in vain. He helped save this region from communist aggression,&#8221; he said.

James Livingston and his family were brought to South Korea by Inje city officials, who located them with the help of Ralph M. Hockley, 2nd ID Korean War Veterans Association president.

With just a name to go on, Hockley &#8212; who also was a forward artillery observer in the fighting around Inje &#8212; embarked on an exhaustive search, which included trawling through obituary notices in the Boston Globe. He finally found James and his family living in New York state.

For Hockley, the ceremony brought back memories of the fighting around Inje, which came after 2nd Infantry Division&#8217;s famous victory at Chipyong-ni to the south, and continued to the north at places with names such as The Punchbowl, Heartbreak Ridge and Bloody Ridge.

&#8220;Second ID took Inje. We lost hundreds if not thousands of people going up this valley,&#8221; said Hockley, looking back down the river toward the town.

&#8220;I saw more Chinese bodies stacked up around the road after our counteroffensive than anywhere else during the Korean War,&#8221; he recalled, standing beside a highway being widened to allow four-way traffic across the width of the peninsula linking Inje to Seoul.

Second ID Fires Brigade commander Col. Matt R. Merrick said Livingston was killed along with two other soldiers from his unit, Pfc. Ellis A. Choma of Ohio and Pvt. James F. Stephens of Illinois, and a large number troops from the Republic of Korea&#8217;s 8th Infantry Division, when their position, on Hill 854, was overrun by enemy forces. Republic of Korea is the official name for South Korea.

&#8220;He fought hard and brave leading from the front. Thousands of miles from his home the people of South Korea will remember him, his comrades and their ROK allies who gave ultimate sacrifice for peace on the Korean Peninsula,&#8221; he said.