People care, but they sometimes have odd ways of showing it 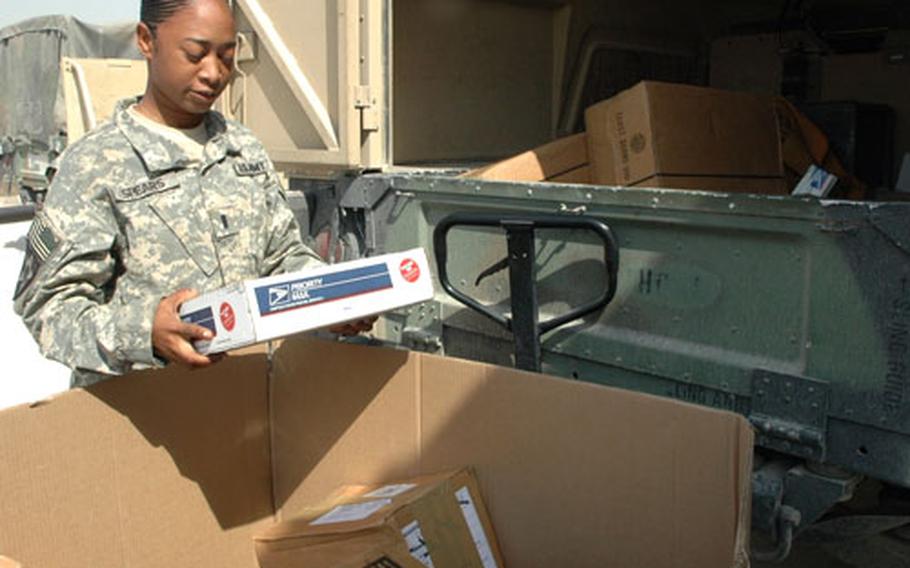 What’s in the box? Most care packages contain snacks, candy and hygiene items. But occasionally, they carry stranger fare. First Lt. Nicole Spears, 26, of Shreveport, La., examines a box as she picks up mail for her unit Thursday at Camp Victory. (Anita Powell / S&S)

What’s in the box? Most care packages contain snacks, candy and hygiene items. But occasionally, they carry stranger fare. First Lt. Nicole Spears, 26, of Shreveport, La., examines a box as she picks up mail for her unit Thursday at Camp Victory. (Anita Powell / S&S) 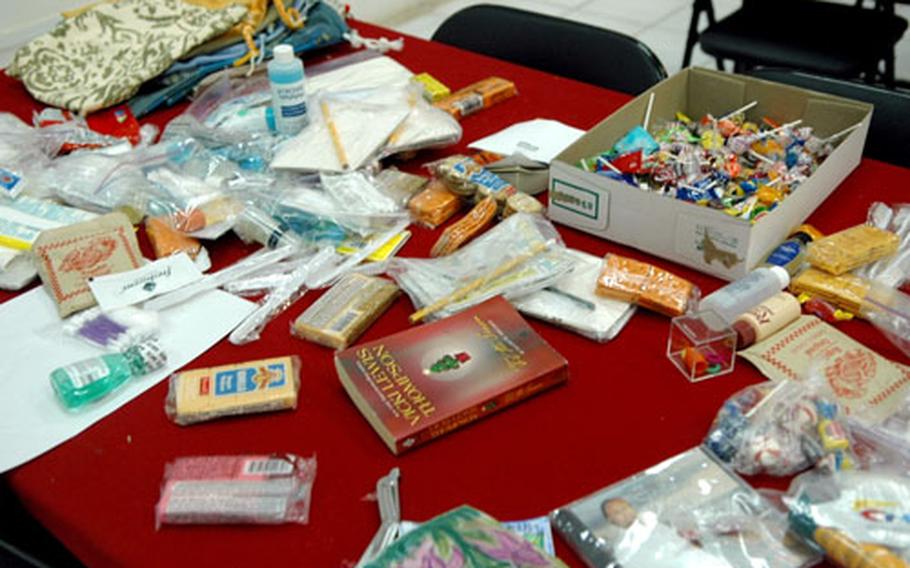 Care packages from home are a part of life for servicemembers deployed to Iraq. Most of the time, the contents are pretty pedestrian: hygiene products, snacks, candy, the occasional card or letter of encouragement.

Or, the anonymous person who thought it a good idea to mail a Baghdad-area soldier a dozen wine goblets. The goblets sat untouched in a bathroom for over a year until Navy Cmdr. Troy Brunhart got rid of them recently.

When asked why someone would mail wineglasses to alcohol-free Iraq, he shrugged.

&#8220;I could not even speculate as to why,&#8221; he said, adding that for the most part, his care packages contain useful and much-appreciated items.

Camp Victory&#8217;s busiest postal facility takes in about 25,000 pounds of mail each day, said postal supervisor Staff Sgt. John Williams, 30, of Allentown, Pa. He estimated that about a quarter of packages are care packages.

When asked about the strangest care-package item he&#8217;d ever seen, he grimaced.

Worse, he said, the milk had leaked, blurring the recipient&#8217;s name and address, so he had no one to give it to.

The second-strangest thing, he said, was a fish tank.

When asked about the racier items, he shrugged.

But sometimes, those odd items can be the most precious.

Spc. Curt Garrison, 25, of Lafayette, Ind., recently opened a care package from his 15-year-old sister to find a rock.

His friend Spc. Brandon Stubbs, 25, of Bennettsville, S.C., recently opened a box to find his high-school self staring back up at him: A friend had mailed him his senior-year portrait.

The reason he finds this funny, he explained, is that he and many of his fellow soldiers don&#8217;t wear the stuff.

Some care-package senders seem to envision Iraq as a place facing a severe shortage of toothbrushes and toothpaste, shaving cream and wet wipes &#8212; all of which can be purchased at even the most basic post exchange, though quantities and variety often are limited.

Pfc. Victoria Grijalva, 21, of Tucson, Ariz., got a shock recently when a toothbrush company mailed her more toothbrushes than she will likely use in her lifetime: 50 boxes, with 1,000 toothbrushes per box.

Another soldier, said Spc. Steve Bringhurst, 23, of Santa Rosa, Calif., was sent more than two years&#8217; worth of toothpaste.

But for the most part, soldiers appreciate anything from home.