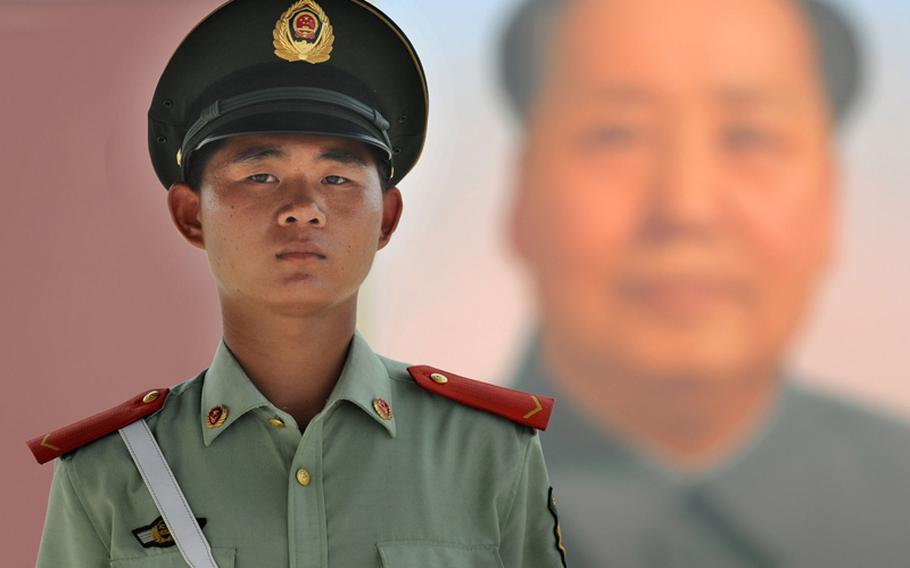 WASHINGTON &mdash; China is steadily continuing a secretive and potentially destabilizing military buildup that would give the People&rsquo;s Liberation Army a modernized regional armed force by the end of the decade. But the PLA will have limited ability to reach the United States for years to come, according the Pentagon&rsquo;s annual China power report to Congress, released Wednesday.

The Pentagon estimates China&rsquo;s total military spending at $160 billion in 2010, more than Beijing&rsquo;s stated military budget of $92 billion and a 12 percent spending increase over the previous year.

With Taiwan its chief concern, Beijing&rsquo;s spending on &ldquo;anti-access and area denial&rdquo; weaponry designed to defend its claimed air and sea territory is tilting the balance of power toward the mainland. The Pentagon now feels Chinese leaders are worried about starting an arms race among its neighbors in the region.

Defense Department officials have said for months they believe China&rsquo;s desire to modernize and increase its regional military capabilities is understandable given the rising power&rsquo;s rapidly expanding global economic interests.

But Chairman of the Joint Chiefs of Staff Adm. Mike Mullen has said that some weaponry seems to push Chinese capabilities beyond stated limited goals of its government, which must reveal more about how much it spends on its military, what it buys, and why.

But 2010 was marred by a months-long relations freeze from Beijing in retaliation for a $6 billion U.S. arms sale to Taiwan, the continuation of a pattern former Defense Secretary Robert Gates sought to break. The thaw began when Gates and Mullen visited China this year, trips bolstered by lower-level military engagements discussing defense policy, maritime security and other sensitive security issues.

In recent weeks, global attention turned to China&rsquo;s sea trials of its first aircraft carrier, a remodeled Russian ship. Deputy Assistant Secretary of Defense Michael Schiffer said in a briefing that the ship does not yet have aircraft, and China is only land-training future carrier pilots thus far, so its significance is unknown.

&ldquo;Whether or not this proves to be a net-plus for the region or for the globe, or proves to be something that has destabilizing effects and raises blood pressure in various regional capitals, I think, remains to be seen,&rdquo; Schiffer said.

China likely will begin building its own aircraft carrier this year, to be operational after 2015. Several more Chinese carriers and support ships are expected in the next 10 years. But it will take years for Chinese pilots to reach a &ldquo;minimal level of combat capability&rdquo; from a carrier.

In the last decade, Chinese naval ships have acquired advanced air defenses that allow them to operate farther out to sea, away from land-based defenses, the Pentagon said. They are developing a new anti-ship ballistic missile that can attack aircraft carriers beyond 1,500 kilometers, and China already has deployed roughly 60 catamaran-hulled littoral ships.

A new naval base on Hainan Island is now complete and is big enough to port aircraft carriers and ballistic missile submarines accessible via tunnels beyond detection. Additionally, its navy continues building a new class of submarine and five newer versions of current attack submarines in development would have better technology to run silent. But the report says China&rsquo;s submarines have limited ability to communicate while at sea and the navy has no experience conducting submarine patrols with live nuclear warheads.

There also are still roughly 1,200 short-range ballistic missiles opposite Taiwan, of increasing and improved varieties.

The Pentagon called China&rsquo;s J-20 a &ldquo;stealth fighter&rdquo; &ndash; previously officials questioned its stealth capability &ndash; but predicted the aircraft would not be operational until after 2018 and requires further progress on its engine.

The Pentagon also said China was the source of U.S. computer network attacks many times in 2010, but gave no details. Pentagon officials rarely names China as the culprit behind cyber attacks.

Thirty percent of China&rsquo;s foreign arms sales went to the Middle East and North Africa, with Pakistan the chief customer for conventional weapons.