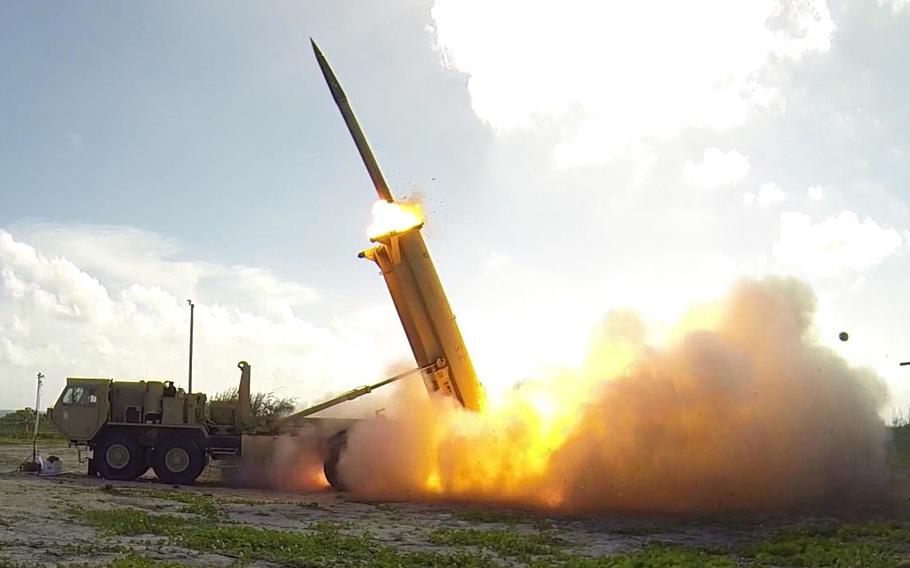 WASHINGTON — The United States and South Korea will begin formal discussions in the coming days about moving the American THAAD missile defense system to the Korean peninsula in response to recent North Korean provocations, a Pentagon spokesman said Monday.

The United States hopes to deploy the THAAD system into South Korea “as quickly as possible,” said Pentagon Press Secretary Peter Cook. THAAD, an acronym for Terminal High Altitude Area Defense, is a ground-based, mobile system that can defend against short- and medium-range ballistic missiles in flight.

The announcement was a direct response to North Korea’s launching a rocket into space Sunday, largely seen as a veiled test of the reclusive nation’s ballistic missile program, Cook said. The launch came about one month after North Korea’s fourth nuclear test raised tensions throughout the region.

“We think (THAAD) would add another level of reassurance to our South Korean allies (and) to our other allies in the region, and we think it would be another important step forward,” Cook said. “It’s an extra layer of insurance, if you will, to the missile defense system we have in place.”

Gen. Curtis Scaparrotti, the commander of U.S. Forces-Korea, which includes about 28,500 troops stationed in South Korea, suggested the deployment of THAAD in a statement Sunday.

“North Korea continues to develop their nuclear weapons and ballistic missile programs, and it is the responsibility of our alliance to maintain a strong defense against those threats,” Scaparrotti said in the statement. “THAAD can add an important capability in a layered and effective missile defense.”

South Korea previously has resisted discussions with the United States about the THAAD missile system because of China’s opposition to it. Cook said the Pentagon and China have not discussed the issue, but he added the Chinese should not take issue with the system.

“This is a system that would be focused – a defensive system put into place to deal with the threat posed by North Korea in addition to the layered missile defense that we have already put in place,” he said. “We don’t believe it should pose any sort of concern to the Chinese.”

North Korea’s most recent actions did not come as a surprise, Cook said Monday.

“It’s consistent with what we’ve seen previously from the North Koreans,” he said.

North Korea, through its state-run media, claimed the rocket launch was a “peaceful” attempt to put a satellite into orbit. The Pentagon, South Korea and the U.N. Security Council strongly condemned the act.

The launch was “yet another destabilizing and provocative action that only undermines peace and stability in the region,” Cook said. “The United States … will take all necessary steps to defend ourselves and our allies in the region and respond to North Korean provocations.”

U.S. officials have previously said rockets similar to the one North Korea launched Sunday could be used to deliver a nuclear warhead.

The North American Aerospace Defense Command said Sunday that the rocket never posed a threat to North America. If it had threatened American soil, “we would have been able to respond to it,” Cook added Monday.

“This country continues to pose a threat. Its actions over the weekend only enhance that position,” Cook said. “We’re going to continue to do what we need to do to protect the United States, our citizens, and our allies at the same time … Every day our forces along the border there are ready to fight tonight. We are ready every day to respond to the North Korean threat.”