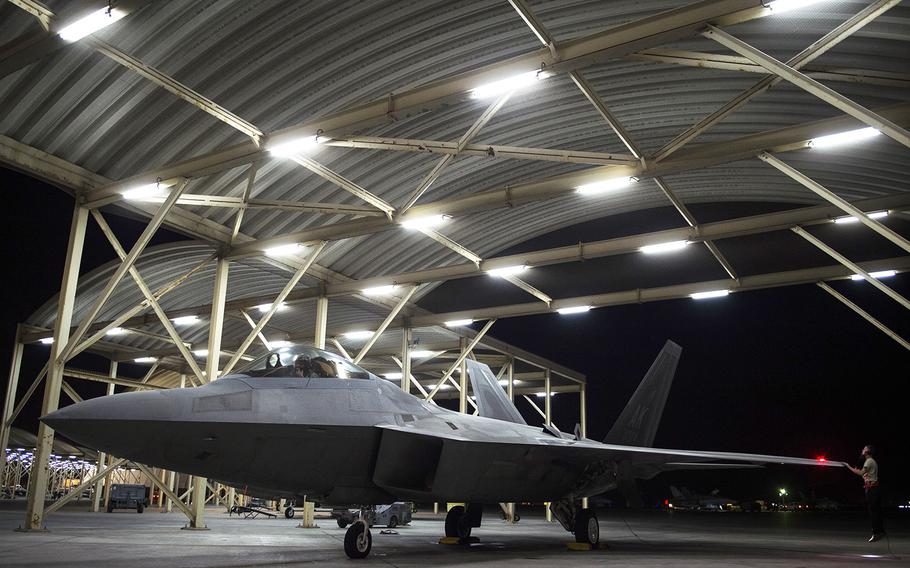 WASHINGTON – The Pentagon said Monday the United States has not created a de facto no-fly zone in northern Syria despite back-to-back incidents in which jets were scrambled to protect troops on the ground.

“Our warning to the Syrians is the same we’ve had for some time,” Pentagon Press Secretary Peter Cook said. “They would be advised not to fly where our forces are operating.”

On Friday, two U.S. F-22 Raptors responded to two Syrian Su-24 Fencers that approached the city of Hassakeh, where U.S. forces have been on the ground training Syrian Kurdish and Arab forces fighting the Islamic State group. That incident followed one on Thursday when two U.S. aircraft responded to Syrian jets conducting airstrikes around Hassakeh.

In both instances, the United States tried to warn off the Syrians by relaying a message through the Russians that the planes were threatening U.S. or U.S.-protected forces, Cook said.

“We’re going to defend our forces on the ground, absolutely,” he said.

However, Cook said the overhead protection does not mean the United States has established a no-fly zone over the city.

Providing air support for ground troops in Syria is complicated for the United States because some of its allies are also targets of the Syrian government.

Several of the moderate Syrian rebels partnered with the United States to fight the Islamic State group are also targets of airstrikes conducted by President Bashar Assad’s regime.

“We will continue to support our coalition forces and our partnered operations on the ground in Syria,” Cook said. “…We’ve been clear … from the start,” the forces that are fighting the Islamic State group “will enjoy the support of the United States.”