Pentagon: ‘Too soon to tell’ if military gun policy will be reviewed 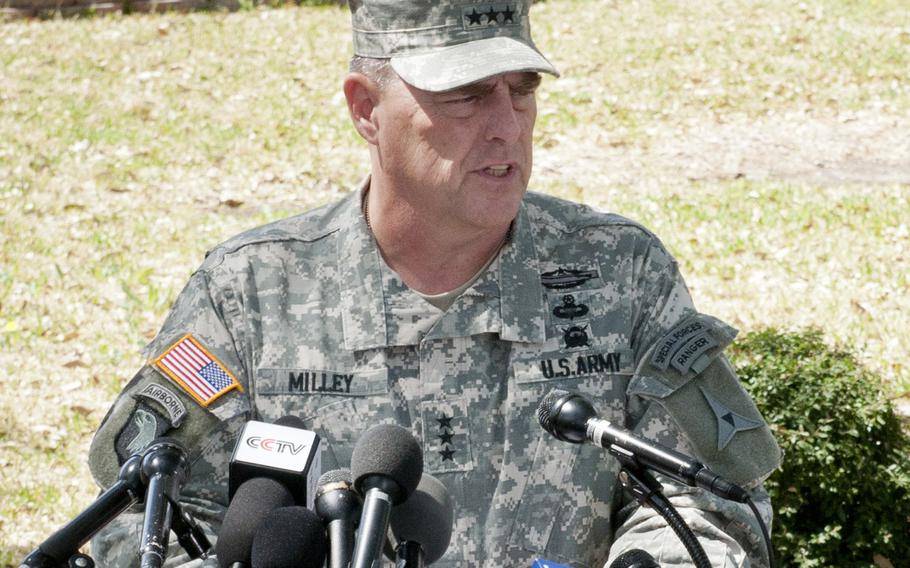 WASHINGTON — The Pentagon has yet to decide whether it will review a ban on troops carrying concealed weapons onto bases in the wake of last week’s Fort Hood shooting.

Current policy allows military police and some other personnel to carry loaded weapons deemed essential to their duties. Other servicemembers can bring personal weapons onto bases, but only under tightly regulated circumstances, such as when they engage in hunting or target practice.

Some Republican lawmakers have called for allowing servicemembers to carry weapons onto military facilities for their own protection after Spc. Ivan Lopez used his .45-caliber pistol to kill three soldiers and wound 16 people at Fort Hood before taking his own life after being confronted by an armed military policewoman.

“As this [criminal] investigation continues to unfold, we will seek continued resolution and continued increase in focus on specifically what it is that we’ll be reviewing policywise. For now, the focus is getting the investigation completed, taking care of the wounded and their families, and bringing Fort Hood back as rapidly as possible to normal operations,” Pentagon spokesman Col. Steve Warren said Monday in response to a reporter’s question about whether the ban will be reviewed.

“We’ve not yet announced a policy review [and] it’s too soon to tell [if there will be one],” Warren said.

In a Senate Armed Services Committee hearing last week, Gen. Ray Odierno, the Army chief of staff, suggested that a policy change wasn’t necessary because the current level of force protection is sufficient.

Lt. Gen. Mark Milley said that Lopez purchased the gun that he used to kill and wound his fellow soldiers March 1 at a store called Guns Galore in Killeen, Texas. Lopez illegally brought the weapon onto Fort Hood the day of the shooting. Milley said around 100,000 people work at the base, and it would be impractical to search all of them before they enter the facility.

Officials said that Lopez was undergoing mental health treatment for depression, anxiety and sleep disturbances before he went on his shooting spree. Warren confirmed that mental health professionals are allowed to ask troops if they plan on buying a weapon if they believe they might be mentally unstable, but said he didn’t know if anyone asked Lopez about his intentions to purchase a firearm.