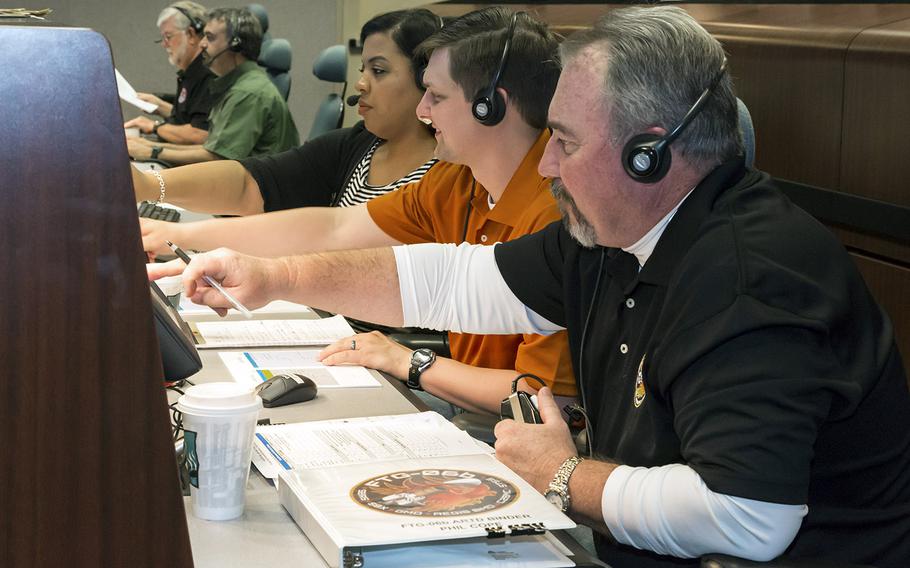 WASHINGTON – The Pentagon will test its ability next week to shoot down an intercontinental ballistic missile like the ones that North Korea is attempting to develop, according to a U.S. Missile Defense Agency statement.

The long-planned exercise of U.S. homeland defense systems is scheduled for Tuesday and will test the ability of the ground-based interceptor missiles at Vandenberg Air Force Base in California to shoot down the long-range missiles. It is the first time the United States has tested the systems’ ability to intercept an intercontinental ballistic missile, according to the Missile Defense Agency.

The Boeing-run, Ground-based Midcourse Defense anti-ballistic missile system was last tested in June 2014 when it successfully destroyed a target resembling an intermediate-range ballistic missile, capable of traveling up to 3,400 miles. Its previous record, however, was mixed, succeeding in only nine of the last 17 intercept attempts. The 2014 test was the first successful operation in the last four attempts.

The North Koreans have not yet developed an intercontinental ballistic missile capable of reaching the mainland of the United States, but some Pentagon officials have assessed their missile program is advancing.

Marine Lt. Gen. Vincent Stewart, the director of the Defense Intelligence Agency, told Senate lawmakers this week that if North Korea is left unchecked, it is “inevitable” that they will develop such a missile.

North Korea has vowed to develop an intercontinental ballistic missile that can carry a nuclear warhead and reach Washington, D.C. The country conducted two nuclear tests in 2016 but it has yet to conduct one this year.

“If left on its current trajectory the regime will ultimately succeed in fielding a nuclear-armed missile capable of threatening the United States homeland,” Stewart told the Senate Intelligence Committee.

Stewart said he did not have an estimate when such a weapon would be operational for Kim Jong-un’s North Korean regime.

The test scheduled for Tuesday was planned years in advance and was not a direct response to recent North Korean provocations, according to a U.S. defense official, who spoke on the condition of anonymity.