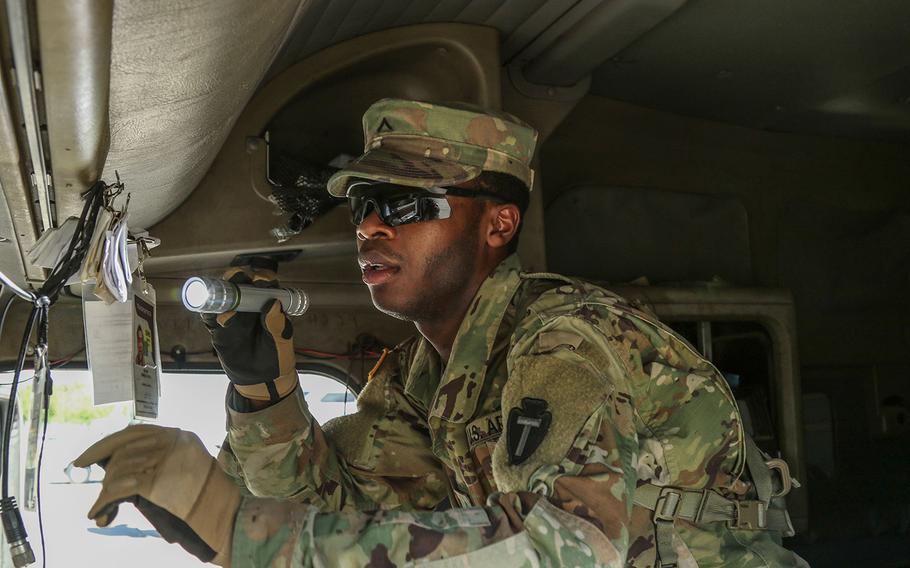 At the Texas/Mexico border- Eagle Pass’s point of entry, Texas guardsmen are part of Operation Guardian Support. The National Guardsmen are assisting U.S. Customs and Border Protection agents in the secondary, nonintrusive inspection area by searching through the cab of an 18-wheeler on July 11, 2018. (Suzanne Ringle/U.S. Army)

At the Texas/Mexico border- Eagle Pass’s point of entry, Texas guardsmen are part of Operation Guardian Support. The National Guardsmen are assisting U.S. Customs and Border Protection agents in the secondary, nonintrusive inspection area by searching through the cab of an 18-wheeler on July 11, 2018. (Suzanne Ringle/U.S. Army) 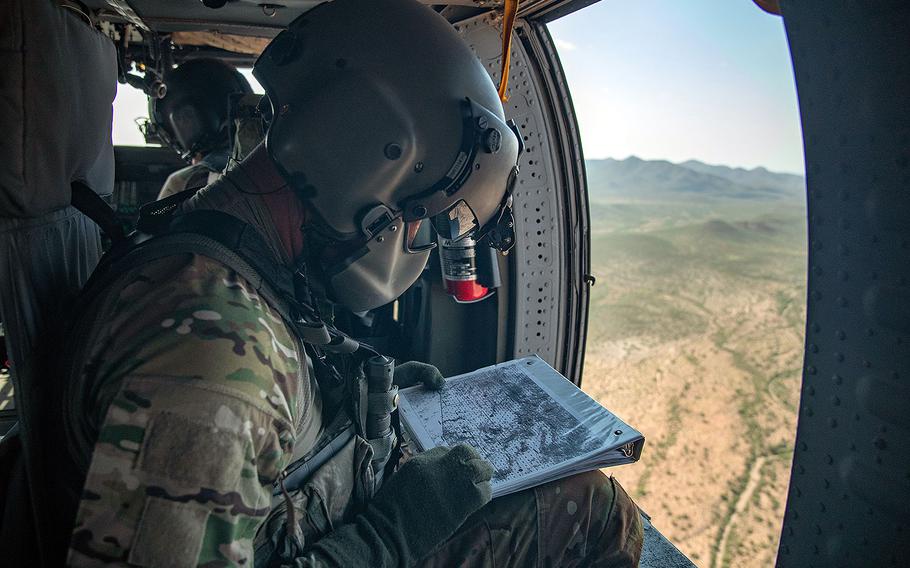 WASHINGTON — The Pentagon will send several hundred troops, including active-duty soldiers, to the U.S.-Mexico border, defense officials said Thursday after President Donald Trump vowed he was “bringing out the military” to curb illegal immigration.

The troops could deploy in the coming days, a defense official said, speaking on condition of anonymity because the Pentagon had yet to make an announcement. It was not clear which Army units would deploy or whether the entire deployment would consist of active-duty troops.

Defense officials declined to confirm how many troops would be deployed, though CNN and The Associated Press on Thursday reported 800 troops would be sent to the southern border, citing unnamed officials.

The deployment, which was expected to be approved by Defense Secretary Jim Mattis this week, comes at Trump’s request via the Department of Homeland Security, U.S. officials said. It was expected to include troops who specialize in engineering and construction capabilities. It likely would also include medical and legal specialists, according to the official.

The deployment would not include front-line combat troops, such as infantrymen, one defense official said.

The deploying forces would join the roughly 2,100 National Guard troops already operating along the U.S.-Mexico border, where they are tasked predominately with aiding U.S. Customs and Border Protection agents. Those troops, ordered by Trump to the border in April, have been barred from interacting with migrants. Most of them are also barred from carrying weapons, however officials said all troops retain the right to defend themselves.

Instead, the National Guard troops have conducted some surveillance operations, but they largely have worked in administrative or vehicle maintenance roles behind the scenes, freeing Border Patrol agents to conduct law enforcement operations, according to the Pentagon.

The original Trump order in April authorized up to 4,000 National Guard troops to serve the border mission. They are operating under the control of state governors from Texas, Arizona, New Mexico and California.

It was not clear Thursday if the new deployment would fall under the umbrella of the original order.

Trump first threatened to send more troops to the U.S.-Mexico border last week to stop a loosely organized group of migrants, commonly referred to as a caravan, from attempting to enter the United States. On Oct. 18, the president called the group, which media reports indicate includes up to 5,000 people, an “assault on our country by Guatemala, Honduras and El Salvador,” blaming the Democratic Party, which he accused of advocating for open borders and weak immigration laws. The caravan is now in southern Mexico.

Trump has repeated his threat to send the military to the southern border at rallies in recent days, including a tweet Thursday.

“Brandon Judd of the National Border Patrol Council is right when he says on @foxandfriends that the Democrat inspired laws make it tough for us to stop people at the Border,” Trump tweeted. “MUST BE CHANDED (changed), but I am bringing out the military for this National Emergency. They will be stopped!”