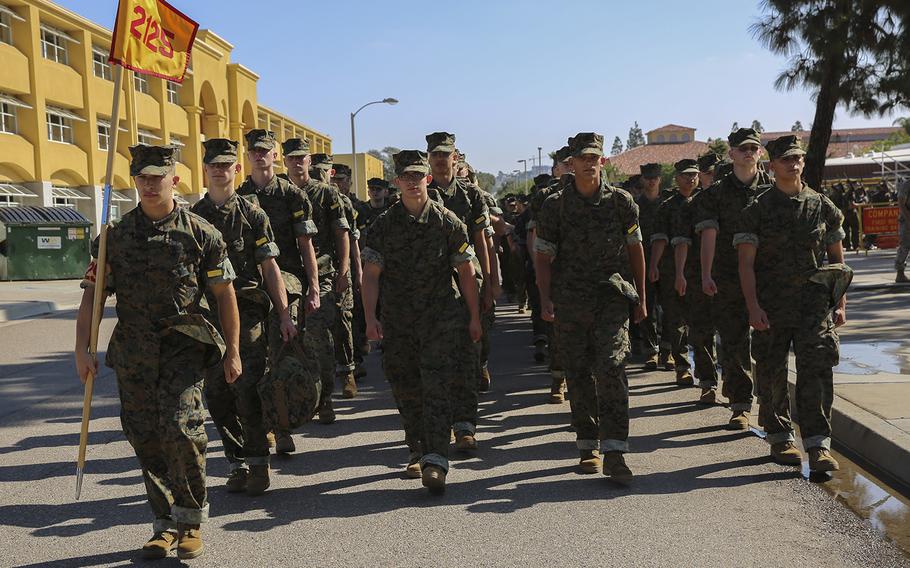 The military in recent years has faced a shrinking pool of Americans who are qualified to serve in the military, and stereotypes and lifestyle concerns have further deterred qualified people from considering military service, Carter said in a speech at the City College of New York in New York City. According to Army statistics, only 25 percent of American youth qualify to serve and among people capable, less than 13 percent have expressed interest in military service.

“Today, our military and our troops are popular and widely supported by the American people, and I very much appreciate that, because I remember a time when it was different,” Carter said. “But … many Americans have become less familiar with us.”

There are several reasons the general public has lost its connections to the military, he said. Today, only about 1 percent of the American population has served in the military, and people who do serve are likely to have a close family member who served before them. Additionally, 40 percent of people who join the military come from only six states. The majority of officers come from the northern United States, while the vast majority of enlisted servicemembers are from the south.

The perception of the armed forces for young Americans who are not raised in a military family is typically shaped by movies and video games that offer “only a slice of our military’s jobs, lives and stories,” Carter said.

Public perception is also somewhat shaped by falsehoods accepted by people unfamiliar with the military, he added. Pentagon polling found the general public largely believes military life is incompatible with having a family, that servicemembers do not receive money to attend college and there is little diversity in the armed forces.

“We probably don’t spend enough time highlighting the opportunities that exist and the fulfillment one has from achieving excellence and doing it in service to your country,” Carter said. “No one should gloss over the hardships or the dangers of military life, but our servicemembers would be among the first to tell you how proud they feel to wear the uniform, how much they’ve learned and grown, and how it feels to wake up every morning to contribute to something bigger than yourself.”

To address those concerns, the Defense Department will expand its recruiting advertisements, largely on the Internet, focused on “the value of military and public service,” Carter said. It will also launch a public speaking campaign featuring senior leaders and military experts called the DOD Speakers’ Bureau.

Recruiting practicesThe Pentagon’s recruiting review, however, will focus on policies that will enable recruiters better access to people with the potential to serve and broaden the pool of possible recruits.

Carter said military recruiters in some cases face “roadblocks” set up by high schools to keep them from their students.

“This is wrong,” he said. “So as part of a new program to help recruiters, we’re going to survey them to identify where exactly they face impediments to access, and what the most useful types of access actually are, so we can educate those educators who may not be complying with the law, or who may be making life harder on their students and recruiters.”

The Pentagon will also review its recruiting standards in an effort to qualify a larger percentage of the population for service, according to a senior defense official.

The list of items that can disqualify a person from serving in the military is long. They range from physical fitness to intelligence and can include issues such as criminal records or tattoos that do not comply with military rules.

The Pentagon is not committed to changing any standards, but it is going to take a “systematic look” to evaluate its needs, said the official, who spoke on condition of anonymity because he was not authorized to discuss the matter publicly.

For example, the official said the Pentagon could consider relaxing initial fitness standards to allow otherwise-qualified individuals to enter the military with the understanding that they must achieve the established standards by the time they are to graduate boot camp.

ROTC programCarter also announced the Pentagon will review its ROTC practices in an attempt to attract its top uniformed leaders to instruction positions and better prepare its future officers to lead troops.

The Pentagon will examine its ROTC Handbook, which guides the instruction of the programs that train about 40 percent of military officers, the senior defense official said. It will also institute performance measuring tools to help it track which programs are producing the best-prepared officers.

For officers serving now, Carter wants to make an assignment as an ROTC instructor more attractive by pursuing policies that ensure their time on a college campus is valued by promotion and selection boards. Some officers are penalized for serving in ROTC instruction instead of taking a more highly value assignment, such as commanding troops.

“The job of being a ROTC instructor isn’t always treated as importantly as it should be,” Carter said, noting Marine Gen. Joseph Dunford, the chairman of the Joint Chiefs of Staff, had instructed Naval ROTC. “…Teaching leadership on a college campus is something DOD should reward, and we need to encourage and make it easier for our best people to do so.”

Carter also said additional scholarships would be made available for two- and three-year ROTC students. Many students are not immediately familiar with ROTC when they begin college, and the Pentagon wants to attract people who might later learn about the program, Carter said. The department will also offer more scholarships to ROTC students to attend law and medical school after graduation.

The announcements were part of Carter’s “Force of the Future” initiative that he has touted since first taking office in February 2015. He said he was confident that the measures would be accepted by his successor after he leaves the Pentagon, likely in January when the next presidential administration takes office.

“There’s a logic to what we’re doing here,” Carter said Tuesday. “It makes sense for our military, and I’m confident that logic will carry into the future.”