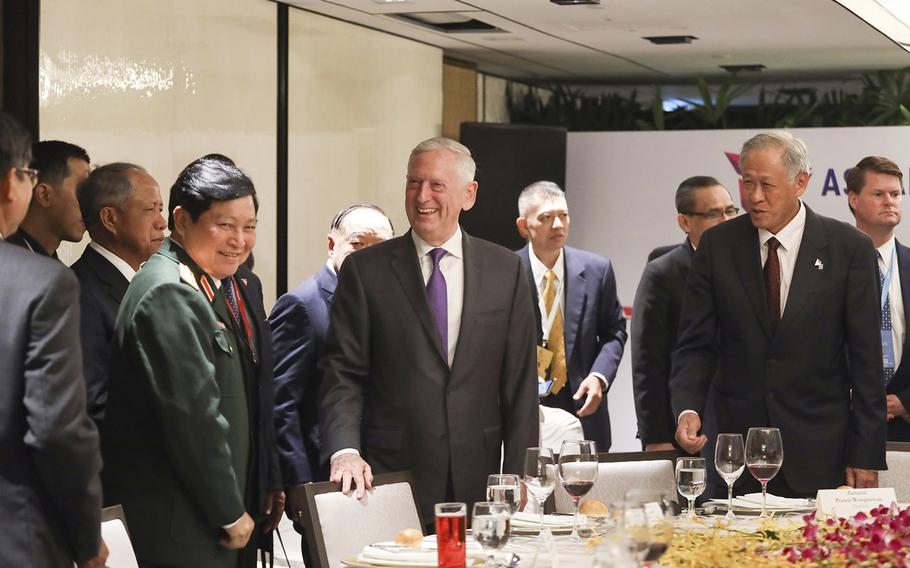 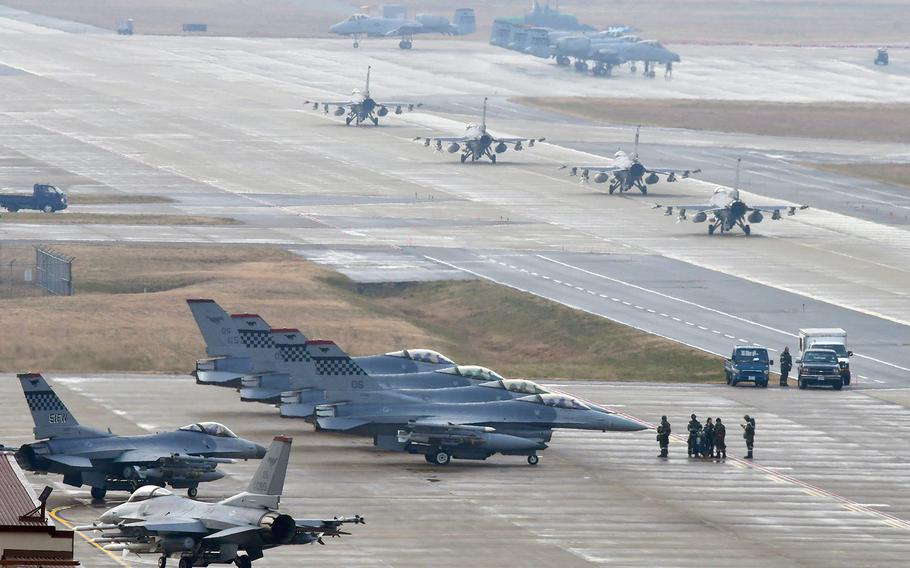 The Pentagon and South Korea’s military will not conduct Exercise Vigilant Ace as the two nations negotiate with North Korea over its nuclear program, said Dana White, a Pentagon spokeswoman. It’s at least the fourth military exercise that the nations have canceled since President Donald Trump unexpectedly announced he was suspending military “war games” on the peninsula after his June summit with North Korean leader Kim Jong Un.

White, who was in Singapore on Friday with Defense Secretary Jim Mattis for an annual meeting of top Asian defense officials, said Mattis and South Korean Minister of Defense Jeong Kyeong-doo agreed to suspend the upcoming exercise “to give the diplomatic process every opportunity to continue.”

The announcement on Friday came less than two months after Mattis told reporters that the Pentagon had not planned to cancel upcoming military exercises with South Korea but would defer to the State Department, which has continued talks with North Korea.

This year would have marked the 10th consecutive year the exercise, originally known as Exercise Beverly Bulldog, occurred on the Korean Peninsula.

While large-scale exercises have been halted since Trump’s announcement, small-scale training of tactical level ground units has continued, the Pentagon has said.

Nonetheless, officials have expressed concern that the continued suspension of large exercises could impact the combat readiness of the roughly 28,500 American troops stationed in South Korea.

Army Gen. Robert Abrams, who is slated to take command of American and United Nations forces in South Korea in the coming weeks, has warned prolonged suspension of those exercise could hurt combat readiness. He told lawmakers last month that assessing the combat proficiency of troops in Korea would be among his first duties when he takes command. The Pentagon has not announced when he would officially begin his next job. He relinquished command of U.S. Army Forces Command at Fort Bragg in North Carolina on Tuesday.

Trump said Oct. 10 that he intends to hold a second summit with Kim sometime after the Nov. 6 midterm elections. The White House has not announced a location for that second meeting.

Following the two leaders’ first meeting, Trump called the U.S.-South Korean military exercises, which have been conducted for decades, “provocative” and “very expensive.” The Pentagon announced later that the cancelation of Ulchi Freedom Guardian, a command-and-control operation involving tens of thousands of troops and held annually since 1976, saved the Defense Department about $14 million.

The Pentagon has not announced the fate of larger exercises slated for next year, including the annual Key Resolve and Foal Eagle, which are massive simultaneous joint U.S.-South Korean defensive operations typically held in February.

U.S. officials have announced they seek the “complete, verifiable and irreversible” denuclearization of the Korean Peninsula in exchange for the lifting of stringent economic sanctions. North Korea has also said it desires a formal end to the Korean War, which ended in an armistice in 1953.