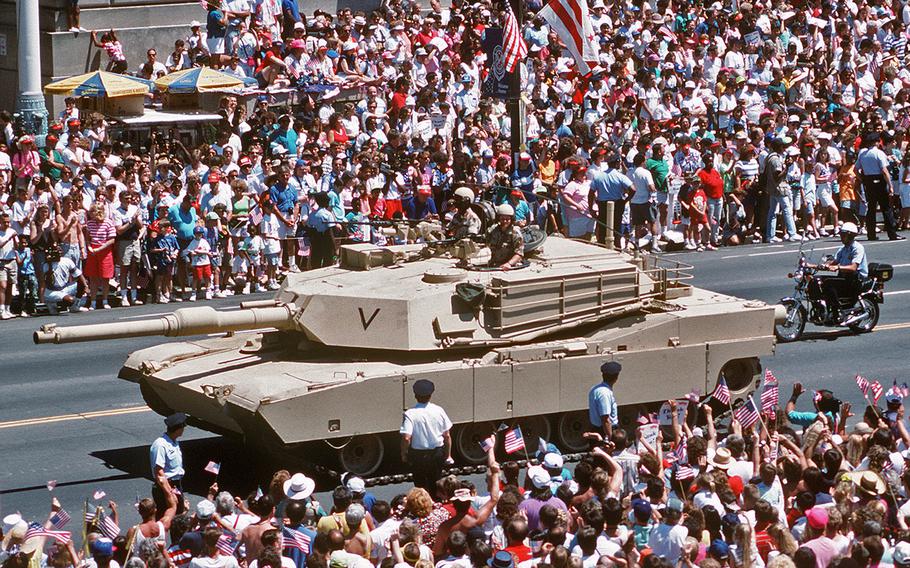 WASHINGTON – A top Pentagon spokesman said Monday that he did not know which generals support the military parade requested by President Donald Trump and that planning for the event is still in the early stages.

Trump told Fox News on Saturday that he thinks a military parade would be great for the country.

“The generals would love to do it, I tell you, and so would I,” the president said.

However, Army Col. Robert Manning on Monday was unable to name the generals who back a parade modeled after France’s Bastille Day ceremony.

“I do not know which specific generals told him that,” Manning told reporters at the Pentagon during a news briefing.

Trump has issued directives that the Department of Defense prepare a display of soldiers and military hardware in Washington.

According to Manning, a memorandum from Army Lt. Gen. H.R. McMaster, the national security adviser, has been sent to the Department of Defense listing various options for the parade, but no final decisions have been made on its composition, date or location.

“I do not know what that memo entails,” Manning said. “But as a department, we are still in the process of developing options to then provide to the president.”

The cost for the parade could run into the tens of millions, according to several estimates. But Manning said Monday that he did not know how much it would cost or how it would be funded.

“Once the options are created and provided to the president and the president selects an option and we can announce it, we certainly will,” he said.

Previous military parades include a Washington parade termed by former President George H.W. Bush’s administration as a “National Victory Celebration” following the Gulf War in 1991. The display included more than 8,800 troops and featured armored vehicles such as Abrams tanks, Patriot surface-to-air missiles and other equipment that figured prominently in the conflict. Another parade was held afterwards in New York City.

Several retired generals have said they opposed such displays. Former Air Force Gen. Michael Hayden, who had also served as director of the Central Intelligence Agency and national security adviser, said on Twitter that “I used to watch these in Bulgaria. Put me down as a ‘no’.”

Retired Army Maj. Gen. Paul Eaton said in a statement through his organization VoteVets, which seeks to elect progressive veterans to political office, that “the military is not Donald Trump’s to use and abuse in this way.”

“Our military is the best in the world -- they are not to be reduced to stagecraft for Donald Trump’s image,” Eaton said.