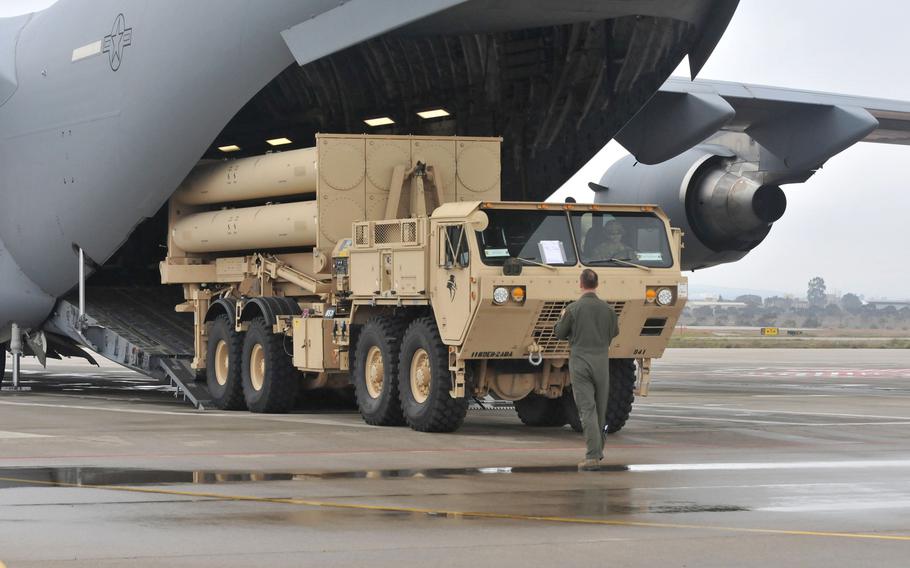 STUTTGART, Germany — The U.S. military has deployed an advanced missile defense system to Israel where it will operate from various locations in effort to bolster Israeli defenses, the military said Monday.

The decision to send the Terminal High Altitude Area Defense system, known as THAAD, to Israel was part of a new Pentagon strategy that calls for the more rapid and unpredictable deployment of forces around the world.

“These actions make our activities unpredictable to adversaries while maintaining strategic predictability for our allies and partners,” U.S. European Command said in a statement.

EUCOM did not cite a specific threat, but Israel has grown increasingly concerned about Iranian-backed forces in neighboring Syria, where the Jewish state has carried out scores of airstrikes.

Dynamic Force Employment, which was introduced by former Defense Secretary Jim Mattis, already has altered how the Navy sends its warships worldwide as it shifts from traditional six-month deployments to a flexible system that can involve shorter but more frequent stints at sea.

“DoD’s Dynamic Force Employment changes the way the U.S. military employs our forces to provide proactive and scalable options in support of National Defense objectives,” EUCOM said in a release.

“THAAD is the most advanced integrated air and missile defense system in the world, and this deployment readiness exercise demonstrates that U.S. forces are agile, and can respond quickly and unpredictably to any threat, anywhere, at any time,” it said.

U.S. soldiers will work alongside their Israeli counterparts on a mission that will incorporate U.S. capabilities and systems stationed in the United States and Europe along with those of Israel Defense Force. The troops “will practice operational procedures for augmenting Israel’s existing air and missile defense architecture,” the statement said.