Pentagon's top enlisted is avid about hand-to-hand combat, including fighting ISIS with shovels 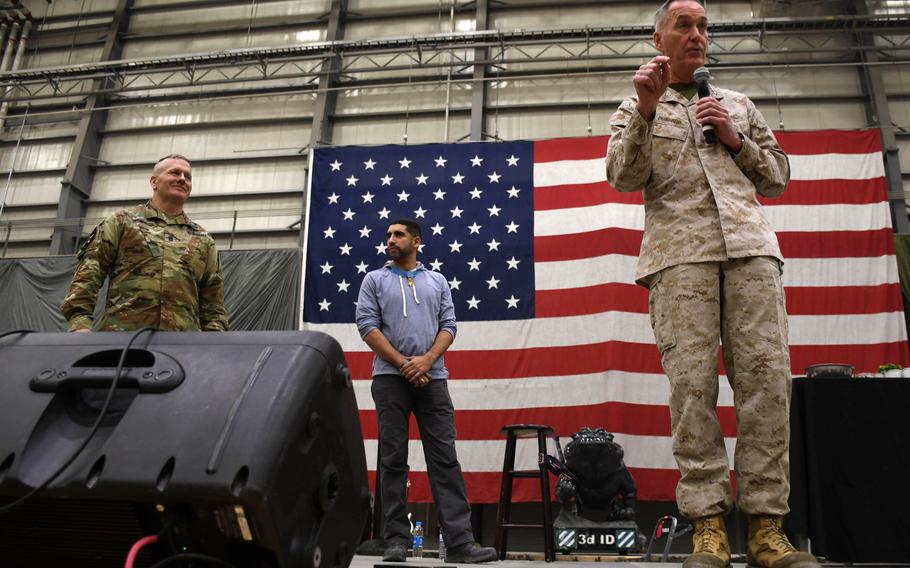 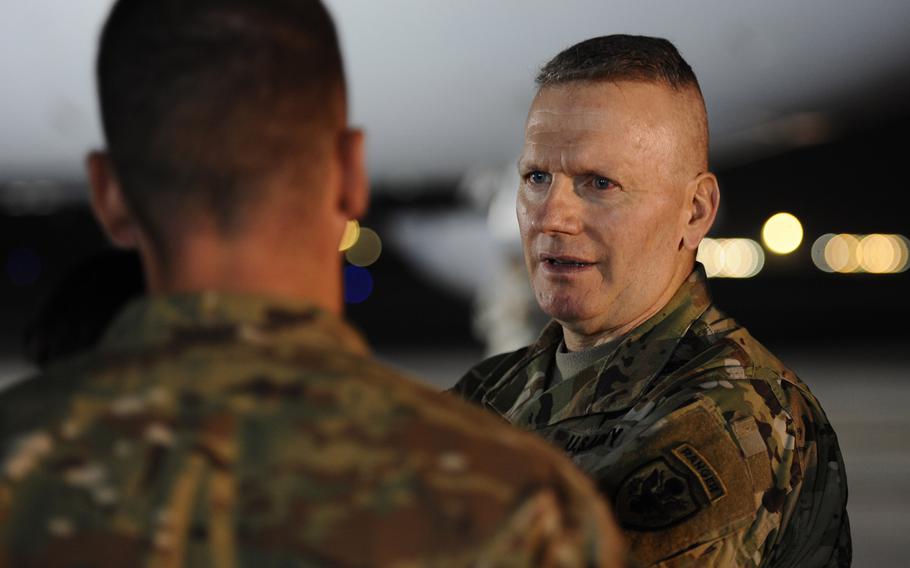 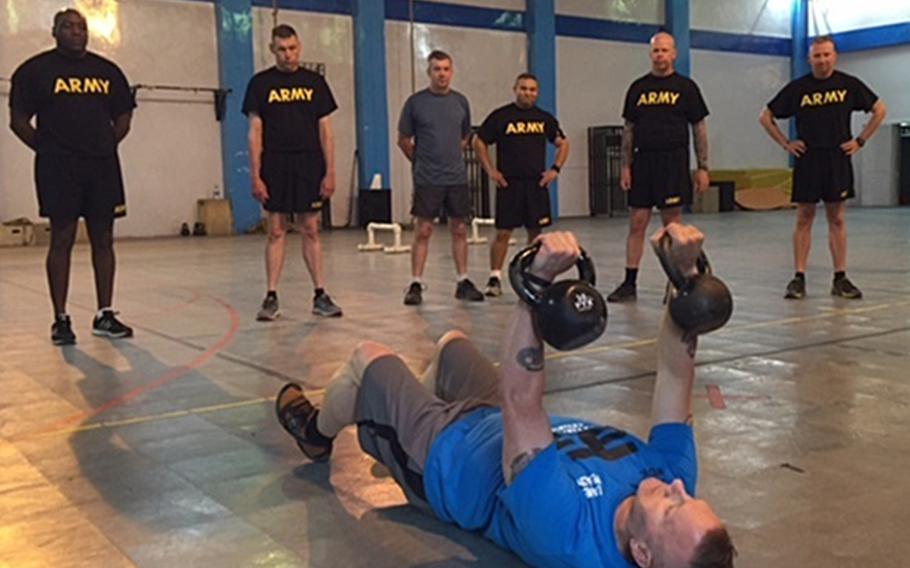 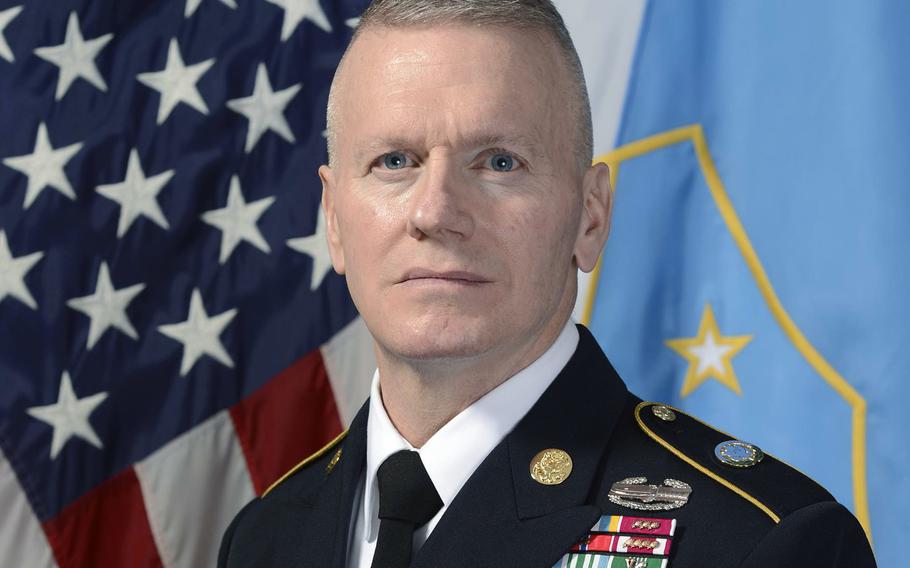 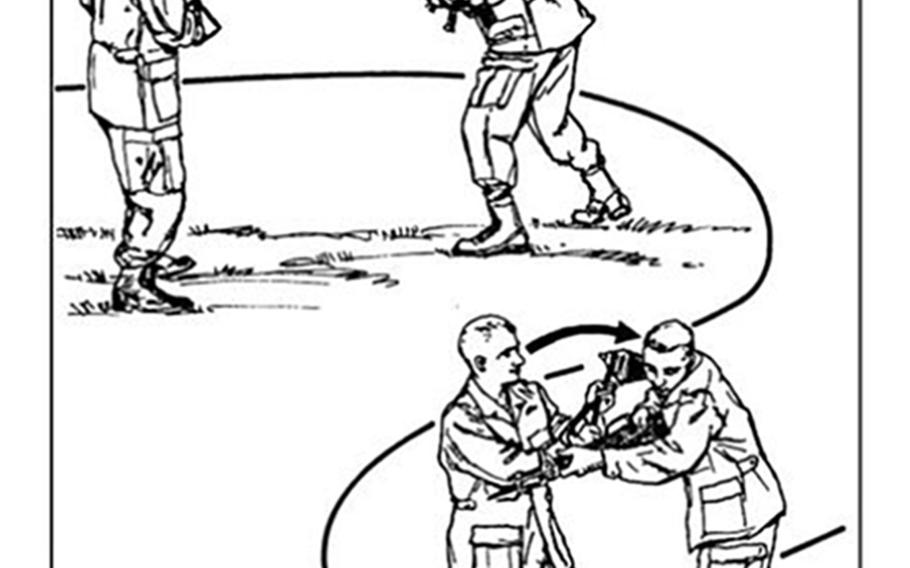 A page from the Army Field Manual shows how an entrenching tool can be used as a weapon. (U.S. Army)

The Pentagon’s top enlisted servicemember has a penchant for hand-to-hand combat, a fact brought to light in recent comments vowing that U.S. troops would defeat its enemies by “shooting them in the face” or in close-quarters combat with shovels.

Army Command Sgt. Maj. John Wayne Troxell, senior enlisted adviser to chairman of the Joint Chiefs of Staff, issued the warnings to the Islamic State on Facebook and Twitter this week, telling them they have two options — surrender or die.

Senior defense officials have issued similar threats to ISIS in Iraq and Syria, as well as Taliban insurgents in Afghanistan, but Troxell’s evocative language seems to have caused a stir online and in the media.

“If they choose not to surrender, then we will kill them with extreme prejudice, whether that be through security force assistance, by dropping bombs on them, shooting them in the face, or beating them to death with our entrenching tools,” Troxell wrote in a Facebook post published Tuesday. “Regardless, they cannot win, so they need to choose how it’s going to be.”

A photo of what appears to be Troxell holding an entrenching tool with its blade bent to 90 degrees accompanied the post. The photo seems to have been taken at a holiday USO show, where Troxell issued a similarly blunt promise.

“He is the only one allowed to talk about ‘Fight Club,’” Hendrex said. “He has won the lifetime achievement award — twice.”

Troxell was also excused from having to take his anti-malarial medication, Hendrex joked, “because the mosquitoes respect him so much they won’t even bite him.”

Moments later, Troxel was pacing on stage in front of Gen. Joseph Dunford, chairman of the Joint Chiefs, and Medal of Honor recipient Florent Groberg, when he assured a gathering of hundreds of troops that they were making a difference.

He then repeated the promise to bomb, shoot or beat the enemy to death. The crowd roared in response.

Successive U.S. and NATO leaders have vowed to wipe out the insurgents ever since the U.S.-led invasion ousted the Taliban regime in 2001. Although vastly outnumbered by government and coalition forces, the guerrillas have made significant territorial gains in the past two years.

In Iraq and Syria, a U.S.-backed anti-ISIS campaign has successfully wrested back nearly all of the territory ISIS once held. Brig. Gen. Charles Costanza, a U.S. commander in Irbil, said the terrorist group has been reduced to about 1,000 fighters in small, disorganized and disconnected cells. The United Nations, however, has warned that the group could re-emerge as a force in some parts of the country.

In Afghanistan, where officials estimate around 1,100 fighters are operating as part of an ISIS offshoot, the group has carried out several high-profile attacks in recent months. The joint U.S.-Afghan counterterrorism fight in Nangarhar province was the most deadly for U.S. combat troops last year.

In a Twitter message, Troxell told Stars and Stripes he was referring to the Army Field Manual on hand-to-hand combat, which provides instructions for using the entrenching tool as a weapon. He sent an image from the manual.

“Almost all soldiers carry the entrenching tool,” he said. “It is a versatile and formidable weapon when used by a soldier with some training.”

Troxell said he wasn’t aware of reports earlier this week that a British commando had reportedly beheaded an ISIS fighter with a spade after running out of ammunition during a grueling firefight in eastern Afghanistan. The incident was first reported Sunday by the British Daily Star newspaper, which cited anonymous sources who said it happened about six weeks ago.

“I had not heard of that,” Troxell said, but he noted that an American servicemember had fought with gallantry using an entrenching tool as a weapon during the Korean War, and received a Medal of Honor.

Troxell, a 35-year veteran with five combat tours, is the senior noncommissioned officer in the U.S. military and serves as a principal enlisted adviser to Dunford and Defense Secretary James Mattis. His military education includes Ranger, Airborne, Jumpmaster and Pathfinder schools.

“I am an avid combatives person,” he said, using the Army term for hand-to-hand combat skills. “Our doctrine trains troops to use nonstandard means to defeat threats.”