Pentagon: Russian aircraft flew too close to US destroyer in Black Sea 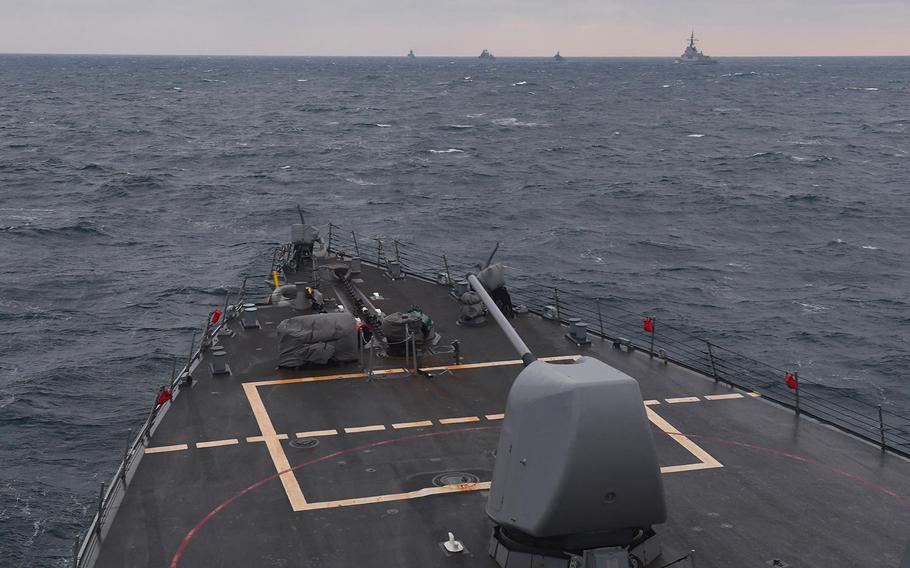 The Porter attempted to make contact with the Russian aircraft each time, but received no response, he said, adding the planes were flying without transponders turned on.

“Incidents like this concern us because they could possibly result in accident or miscalculation,” Faggard wrote in an email.

In the first incident, a Russian Ilyushin Il-38 surveillance aircraft flew near the Porter at an “unusually low altitude,” he said. Later, two Sukhoi Su-24 Fencer fighters flew near the ship at “a low altitude and a high speed.” A third Su-24 performed a similar “unsafe and unprofessional” maneuver later in the day, Faggard said.

The last Su-24 flew closest to the ship, when the plane came within 200 yards of the Porter at an altitude of about 300 feet and a speed of 500 knots, according to a U.S. defense official, who spoke on condition of anonymity to provide details of the encounter.

The Porter was in the Black Sea where it had earlier in the week participated in Exercise Sea Shield 2017, an annual Romanian-led training operation designed to improve coordination and proficiency of NATO naval units.

The incidents were the first unsafe and unprofessional interactions between the U.S. Navy and Russia’s militaries in the Black Sea in several months. In September, a Russian jet flew within 10 feet of a U.S. Navy P-8A Poseidon aircraft over the Black Sea.

Last April, two Russian Su-24s and a KA-27 Helix helicopter performed low passes over the USS Donald Cook, a destroyer, in the Baltic Sea. Pentagon officials said at the time of that incident that the Russian jets flew within 30 feet of the warship and conducted simulated attacks.

The incidents last week were not nearly as hostile as the April incident, the defense official said.