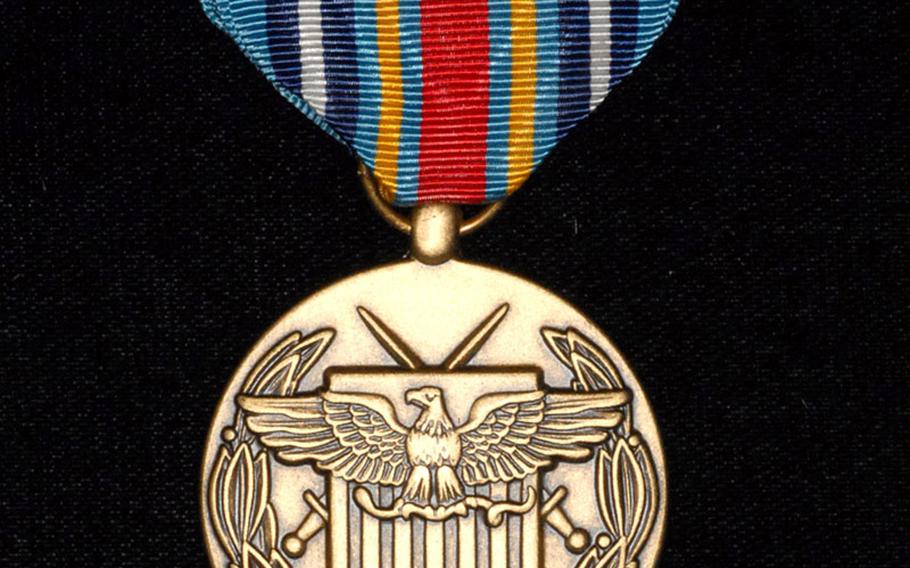 WASHINGTON — The Pentagon has issued an about-face on statements last week saying that troops involved in current operations to combat Islamic State militants in Iraq and Syria would be eligible for the Global War on Terror Expeditionary medal.

Last week officials said troops were eligible because the current deployments to the Middle East were part of Operation Enduring Freedom. The term is normally used to identify the Afghanistan war, but the operation technically encompasses other parts of the world.

But this week, a Pentagon spokesman said current unnamed Iraq-Syria operations are not actually considered part of OEF.

“The Department is working closely with U.S. Central Command to determine the most appropriate means to recognize participation in ongoing operations in Iraq and Syria,” Lt. Cmdr. Nate Christensen said in an email to Stars and Stripes. “No decisions have been made yet.”

Military officials are still mulling how to recognize troops deploying directly to Iraq, or to the surrounding region in support of the mission. The lack of a name for the newest campaign goes against the prevailing practice of recent decades to give military operations catchy or uplifting names, such as Operation New Dawn, Operation Uphold Democracy, or the current Operation United Assistance to fight an Ebola outbreak in Liberia.