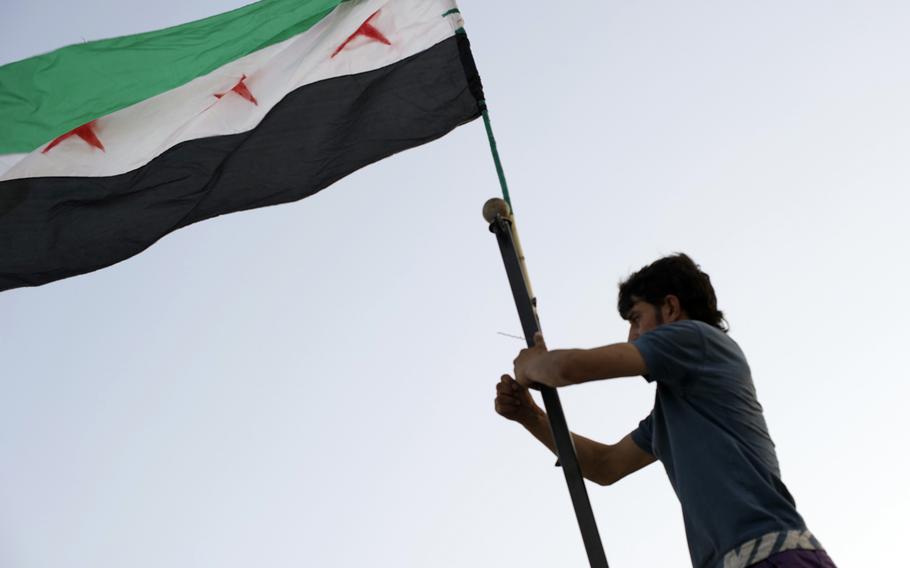 WASHINGTON — Russia has isolated itself from the rest of the international community through its president’s insistence that Syrian rebels carried out chemical attacks believed to have killed more than 1,000 civilians near Damascus last month, the Pentagon said Thursday.

In a New York Times op-ed on Thursday that urged the United States to step back from its threats of strikes on Syria, Russian President Vladimir Putin wrote “there is every reason to believe it was used not by the Syrian Army, but by opposition forces, to provoke intervention by their powerful foreign patrons, who would be siding with the fundamentalists.”

Asked about a diplomatic effort spear-headed by Putin based on a promise by Syria to surrender its chemical weapons, Little said the United States was waiting to see where efforts would lead.

“President Putin has invested his credibility in transferring Assad’s chemical weapons to international control and ultimately destroying them,” he said. “The world will note whether Russia can follow through on that commitment.”

Little said the apparent move toward ridding Syria of chemical weapons wouldn’t have happened had the United States not been ready to punish Assad.

“We believe very strongly that the credible threat of a military strike has enabled this diplomatic process to unfold,” he said.