Pentagon: Only 'a few hundred' Calif. National Guardsmen will be required to repay bonuses 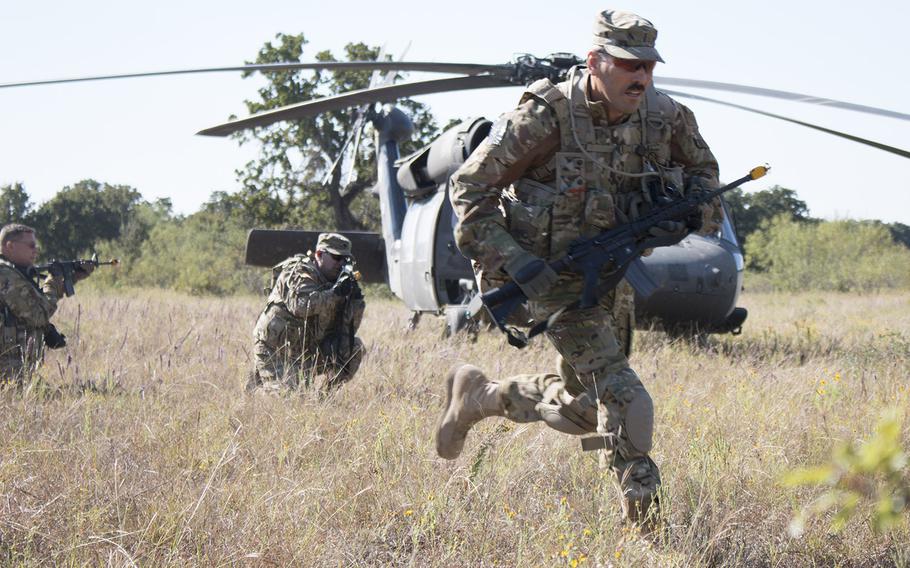 WASHINGTON – The Pentagon will require only “a few hundred” California National Guardsmen to repay bonuses that they wrongly received as part of an incentive program at the height of the wars in Iraq and Afghanistan, a top Defense Department official said Tuesday.

Peter Levine, the acting undersecretary of defense for personnel and readiness, said the vast majority of some 17,500 California soldiers who were facing recoupment of enlistment and student loan bonuses paid out before 2011 will be allowed to keep the money or be reimbursed if it was already collected from them.

“If the servicemembers fulfilled their service commitment and there’s no obvious reason to believe that they knew or should have known that it was an erroneous payment, then we don’t need further review to get rid of that case,” said Levine, who in October was tapped by Defense Secretary Ash Carter to conduct a review of the issue.

The soldiers will be notified within the next month by the Pentagon that their cases have been dismissed, he said. As part of the program, the Defense Department will notify credit bureaus of their errors and attempt to help any servicemembers whose credit was adversely impacted.

The remaining cases will be reviewed by the Army Board for the Correction of Military Records to determine whether bonus money should be recouped. Levine said he expected “less than 1,000” such cases.

That process has already started, Levine said. He expected to clear those cases before the July 1 deadline established by Carter.

The soldiers whose cases are selected for review by the Army Board for the Correction of Military Records will have the opportunity to present any evidence that their money should not be recouped, Levine said.

While similar cases have been reported in other states, Levine said California was unique because servicemembers there had been convicted of fraudulently dolling out enlistment bonuses.

Spending on such incentives ramped up during the wars in Iraq and Afghanistan in an effort to boost troop numbers. From 2005 to 2010, the Army National Guard spent $3.2 billion for its Selected Reserve Incentive Program, which includes enlistment and re-enlistment bonuses and student loan repayments, according to Defense Department budget records.

The money paid to recruit and retain soldiers nationwide reached a high point of $812 million in 2008 and 2009, just before federal criminal investigations exposed the scandal in California.

Levine said Tuesday that the incident was expected to cost taxpayers “a few million dollars.”