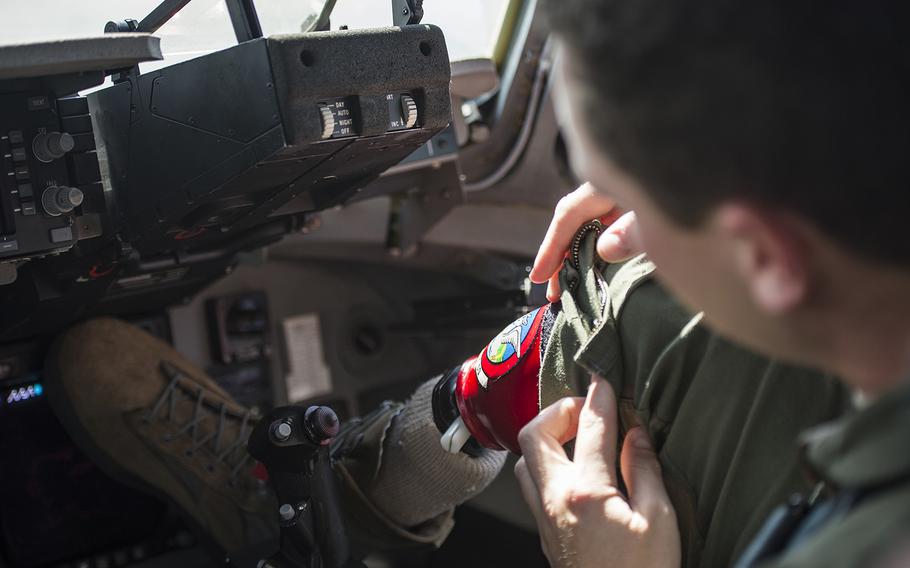 WASHINGTON — Servicemembers wounded in combat will not face mandatory separation from the military under Defense Secretary Jim Mattis’ new policy that aims to kick out troops unable to deploy for one year or more.

The Pentagon directive issued Monday fulfills a promise that Mattis made months ago when he announced the policy was aimed at increasing the military’s deadliness and that troops injured on the battlefield need not worry that they will be forced out of the service. In February, as the Pentagon unveiled the policy dubbed “deploy or get out,” Mattis told reporters that wounded warriors were in a “special status” and would be exempt from the policy.

Official guidance exempting them, however, had not been published before this week.

Pentagon officials downplayed the lag in publishing the guidance that included the exception of wounded warriors.

“It takes some time to coordinate a policy like this one with all of the stakeholders,” said Air Force Maj. Carla Gleason, a Pentagon spokeswoman. She said the policy will take effect Oct. 1.

Combat-injured troops were not the only servicemembers exempted from the policy in the new guidance. The policy allows service secretaries to exempt servicemembers who are nondeployable for more than 12 months on a case-by-case basis if their retention is deemed “in the best interest of the military service.”

The policy also exempts pregnant and postpartum female servicemembers, defining them as temporarily nondeployable. Additionally, servicemembers within three years of retirement may be granted an exemption.

The policy is aimed at removing thousands of troops who have remained in uniform despite being unable to deploy for a variety of reasons including medical conditions, fitness problems and administrative reasons, officials have said.

When the Pentagon first announced the policy in February, it said roughly 11 percent of the 2.1 million uniformed personnel serving on active duty, in the reserves or in the National Guard were nondeployable.

Gleason said Thursday that those numbers have improved somewhat in recent months, falling to about 6.8 percent of the total force.

“The reasons vary, but they are predominantly medical,” she said. “Our focus is to help these members heal as quickly as possible so they can get back to training with their unit.”

In defending the policy in February, Mattis told reporters that it was about troops sharing the burden of deploying overseas.

“You’re either deployable, or you need to find something else to do,” he said. “I’m not going to have some people deploying constantly and then other people, who seem not to pay that price, in the U.S. military.”