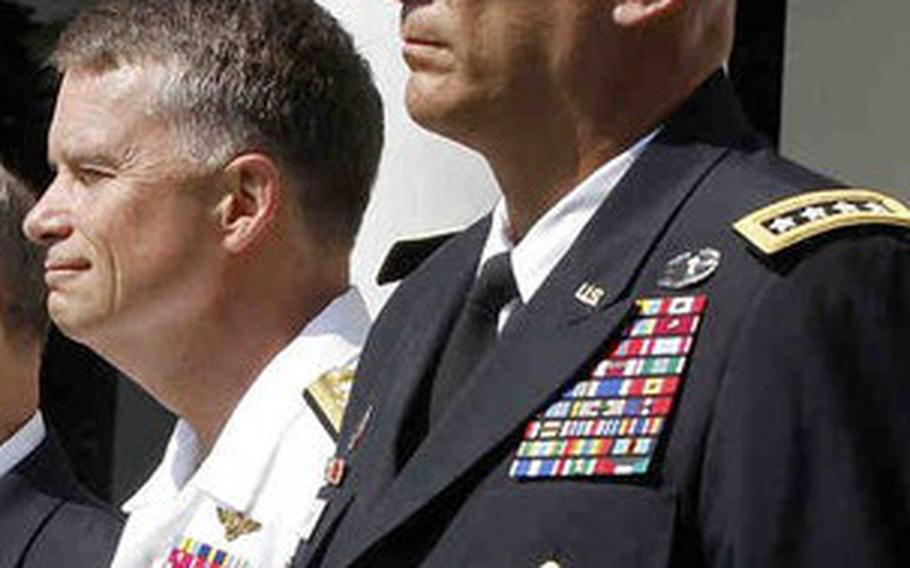 The biggest challenge will be &ldquo;regaining our fiscal solvency&rdquo; without jeopardizing national defense, he said.

But he addressed the much wider range of issues facing the Joint Chiefs in his advance questionnaire, including firmly supporting President Barack Obama&rsquo;s plan for ending the Afghanistan War.

&ldquo;It appears to me that we have reached a point in the campaign where a responsible drawdown of U.S. forces is possible,&rdquo; Winnefeld said.

&ldquo;Our Army has proven itself in arguably the most difficult environment this nation has ever faced,&rdquo; Odierno said.

&ldquo;I know we will face some difficult resource decisions,&rdquo; he added, but cautioned against shrinking the military too quickly.

&ldquo;I think what we have to do is become more agile, we have to become more adaptable,&rdquo; Odierno said, noting the Army must continue adapting to smaller &ldquo;hybrid&rdquo; threats. &ldquo;That&rsquo;s going to be more and more a part of what we face, no matter where we go.&rdquo;

Ranking committee member Sen. John McCain, R-Ariz., also asked Odierno how important it is to keep about 10,000 U.S. troops in Iraq after Dec. 31, if Baghdad agrees to extend its security agreement. Odierno said he would support an extension, but deferred specifics on the number of troops.

Winnefeld wrote that he would support an extension, if Iraq asks, but only after he weighs the risk to American troops, Iraq&rsquo;s willingness to &ldquo;take action against militias and other extremist groups,&rdquo; and the cost of the mission.

He also noted that the lesson learned from the Iraq War is that U.S. officials should anticipate future conflicts will not be &ldquo;as compact&rdquo; as predicted, and they must &ldquo;be prepared to undertake critical non-military tasks when civilian agencies cannot operation effectively.&rdquo;

As Army chief, Odierno will take over guiding the reduction of the total size of the Army by 49,000 soldiers through 2017. He also will become caretaker to the issues of military families and the stress on the force from extended deployments &mdash; topics he knows well, having been deployed for years and having a son, West Point graduate Tony Odierno, who lost his left arm to a grenade in Iraq in 2004.

Odeirno said he is &ldquo;very concerned about the long term health of the force&rdquo; if dwell time ratio cannot reach the desired two years at home to one year deployed

&ldquo;We are moving closer and closer to that goal &hellip; we are not there yet,&rdquo; he said.