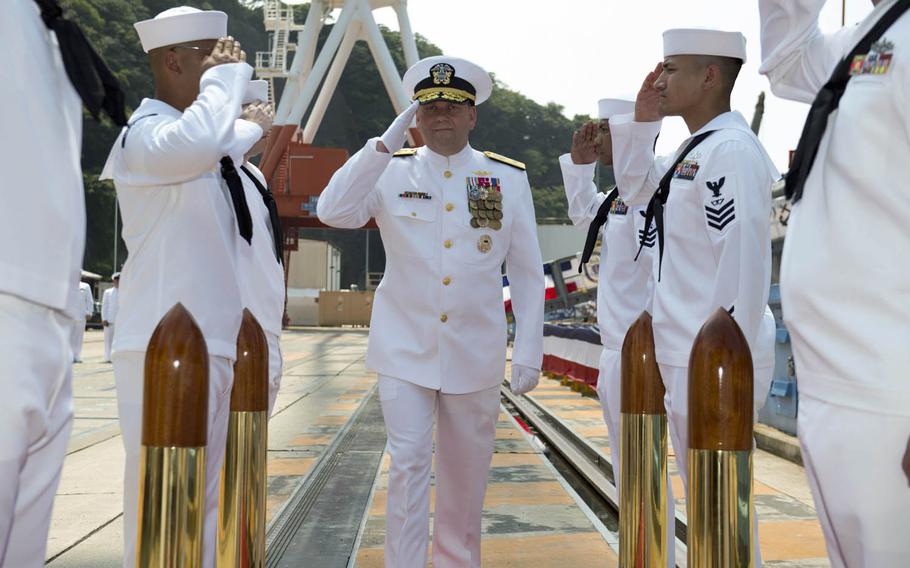 The Pentagon has announced its pick to lead the Navy’s 3rd Fleet, as its role in the Western Pacific continues to expand amid regional tensions.

Alexander was also nominated for appointment to the rank of vice admiral.

If confirmed, Alexander will take charge of the fleet and its four strike groups during a time of rising tensions with both North Korea and China. Although 7th Fleet is the Navy’s forward-deployed force in the Western Pacific, 3rd Fleet ships participate in a number of prominent exercises and operations in the region.

China has criticized the exercise and Indian news outlets claimed a significant increase in Chinese naval activity in the Indian Ocean — including a surge in the number of Chinese warships and submarines in the region — leading up to the exercise.

As 3rd Fleet commander, Alexander would have more autonomy in the Western Pacific than his predecessors.

The International Date Line has traditionally served as the boundary between the 3rd and 7th fleets, with 7th Fleet assuming command of a ship as soon as it passed the dateline. Last year, under Pacific Fleet Commander Adm. Scott Swift, a 3rd Fleet Forward initiative officially began allowing 3rd Fleet to retain command of some ships while in the Western Pacific.

The initiative enabled current 3rd Fleet Commander Vice Adm. Nora Tyson to represent Swift at a number of conferences and events with regional partners such as Japan, New Zealand and Australia, Swift said in a June 2016 interview with the Nikkei Asian Review.

Alexander, who became a pilot in 1983, served as an A-6E bombardier/navigator with Attack Squadron 165, VA-155 and VA-196. Other operational assignments included the staff of Cruiser Destroyer Group 3 as well as executive officer of USS Dwight D. Eisenhower.

Alexander has flown more than 3,200 flight hours and completed over 700 arrested carrier landings, his biography said.