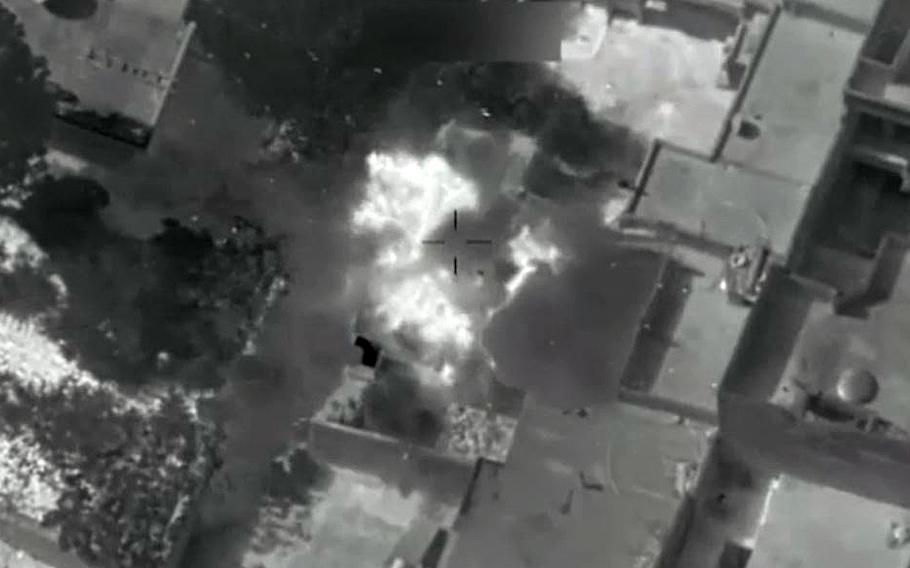 WASHINGTON — U.S. Central Command is proceeding with a formal investigation into an airstrike in Syria last week that reportedly killed scores of civilians, a U.S. official based in Baghdad said Wednesday.

Following an initial assessment by the military of the airstrike, which took place July 19 near the city of Manbij, a more extensive investigation has begun, said Col. Chris Garver, the spokesman for Operation Inherent Resolve.

“Based on internal and external information that we have – things that we saw during the fight and things we saw in social media,” Central Command determined “the information was credible enough to warrant a formal investigation,” Garver told reporters at the Pentagon.

U.S. and coalition aircraft have repeatedly targeted areas around Manbij, a strategic city in northern Syria that has served as a conduit for foreign fighters to enter the country and join the Islamic State group. The coalition airstrikes are in support of U.S.-backed Syrian Arab fighters attempting to retake the city from the terrorist group. About 50 percent of the city has been cleared of Islamic State fighters, Garver said.

According to human rights groups in Syria, more than 50 civilians were killed in the July 19 strike. Garver said he has seen estimates of civilians killed ranging from about 10 to as many as 73. However, he did not say how many deaths the military was investigating.

Central Command is looking into a separate airstrike on July 23 when additional civilians were killed. Garver said the military’s initial assessment of that incident is not complete.

He did not say when the formal investigation of the July 19 strike would be completed.