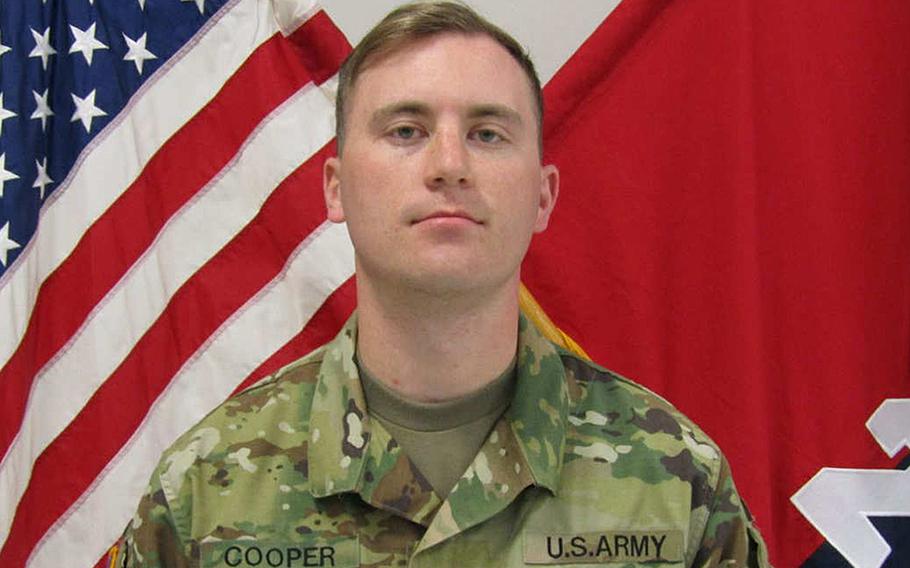 The Defense Department announced Sunday that Army 1st Lt. Jeffrey D. Cooper, who was supporting the anti-Islamic State coalition, died Saturday in Kuwait from injuries sustained in a vehicle accident.

Cooper, 25, of Mill Creek, Wash., was traveling between bases in Kuwait when he was killed in a rollover vehicle accident, the WDRB news station in Kentucky said. The incident is under investigation.

Cooper was a member of Headquarters and Headquarters Company, 2nd Battalion, 502nd Infantry Regiment, 2nd Brigade Combat Team, from Fort Campbell, Ky. He joined the Army in June 2013 and arrived at Fort Campbell in July 2015.

A Spanish servicemember died last week during a vehicle accident in Iraq. He was supporting the mission to train Iraqi forces to defeat the Islamic State group.