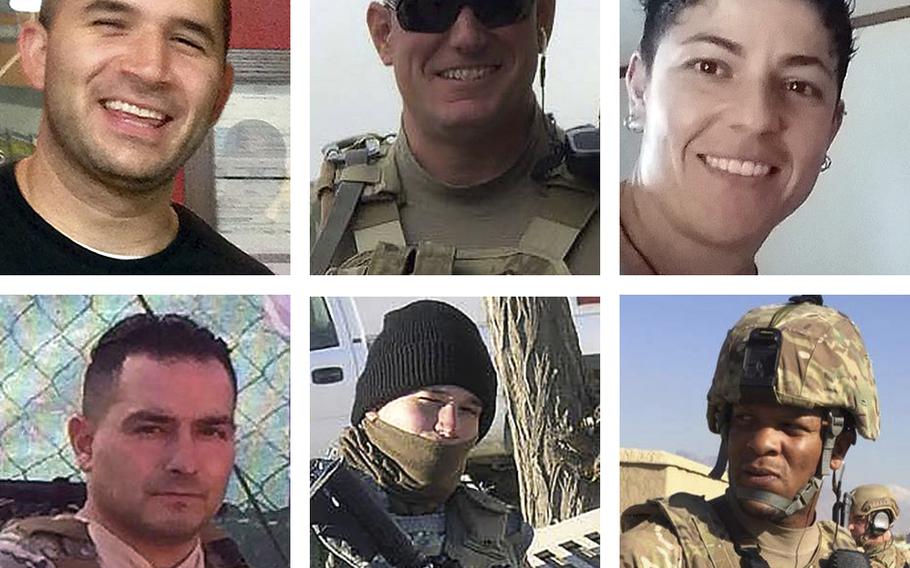 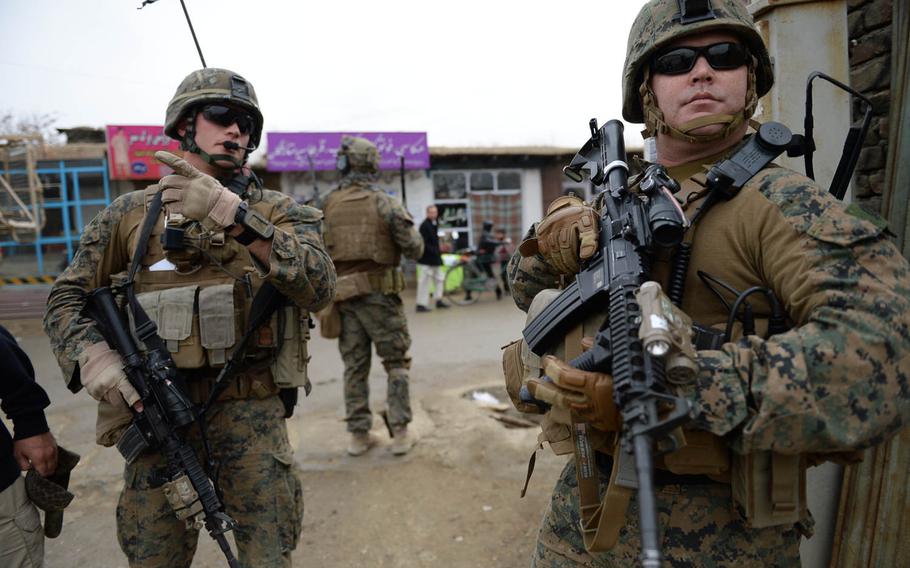 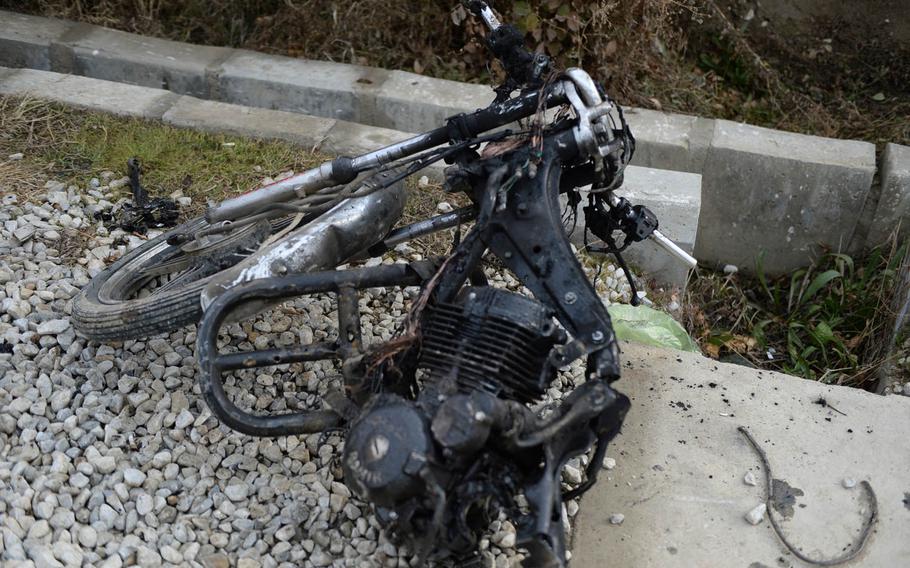 The remains of a motorcycle used Monday, Dec. 21, 2015, in a suicide attack that killed six American airmen near Bagram Air Field, a major military base north of the Afghan capital, Kabul. (Heath Druzin/Stars and Stripes) 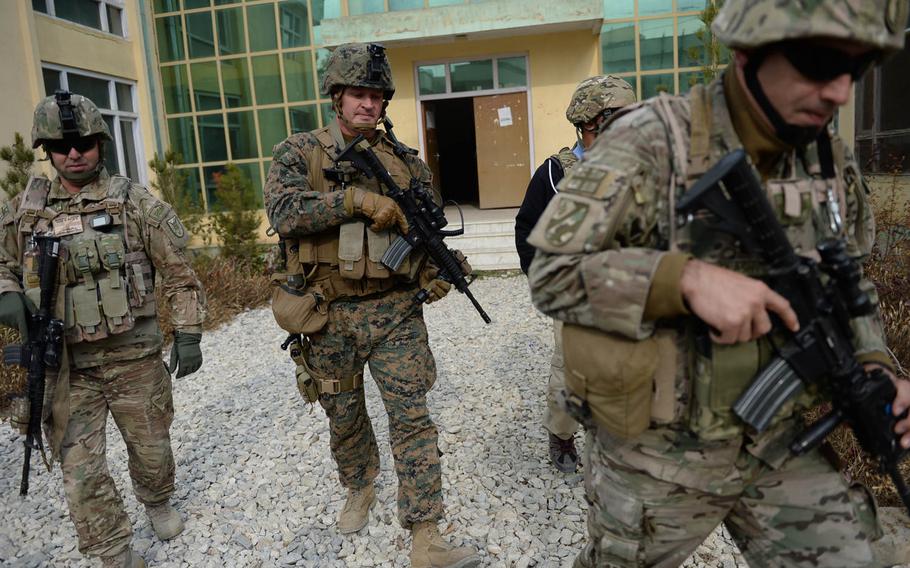 Marine Lt. Col. Bradley Grosvenor, center, walks out of the Parwan provincial government compound during a mission on Tuesday, Dec. 22, 2015, a day after six American airmen were killed in a suicide bomb attack nearby. (Heath Druzin/Stars and Stripes)

BAGRAM AIR FIELD, Afghanistan — The Defense Department has released the names of six airmen killed Monday when a suicide bomber on a motorcycle plowed into a foot patrol near Bagram Air Field.

Three other Americans — two servicemembers and an interpreter — were injured in Monday’s attack.

On Tuesday, it was a somber, snow-flecked morning at the U.S. military hub, a day after the six American airmen died in the kind of suicide attack against foreign troops that has become rare in the past year.

The attack marked one of the deadliest days for U.S. troops in the past year and gave pause to all those still serving in what the White House describes as a “noncombat” mission.

“No matter what you want to call it, it’s still Afghanistan,” said Marine Lt. Col. Bradley Grosvenor, whose Bagram-based unit was one of the first on the scene after the bombing.

But despite the bloodshed, Grosvenor and his Marines rolled off the base Tuesday with their Georgian army counterparts to meet Parwan province’s governor in the town of Charikar. On their way into the governor’s compound, they passed the charred remains of the motorcycle used in the attack, which Afghan police had stored on the grounds.

Grosvenor said it was important to do the patrol to show friend and foe that they are not deterred.

“As leaders, we’re just thinking about what to do to motivate our men,” he said.

The runway at Bagram was shut down for part of the afternoon as hundreds gathered to honor the six slain troops in a ramp ceremony, during which their remains were loaded onto aircraft bound for the United States.

In a statement, U.S. Ambassador to Afghanistan P. Michael McKinley condemned the attack.

“Today we mourn the loss of six U.S. servicemembers killed in a cowardly Taliban attack on U.S. and Afghan forces near Bagram Air Field,” McKinley said. “Our deepest condolences go to the families of the six killed, as they face such heartbreaking news during the holiday season.”

In the year since NATO ended its combat mission, Afghan soldiers and police have taken over much of the day-to-day fighting in the country, Yet American troops still face many dangers, and 22 have died this year in Afghanistan, according to iCasualties.org.

It was not immediately clear what kind of mission the Americans were on Tuesday. Coalition forces regularly conduct patrols around the perimeter of bases, but Monday’s attack occurred in the village of Bajawari, nearly 2 miles from Bagram Air Field, local officials said.

According to the Facebook page Remember our Fallen Heroes, some of the victims of Monday’s attack were part of the Air Force Office of Special Investigations, a military law enforcement agency.