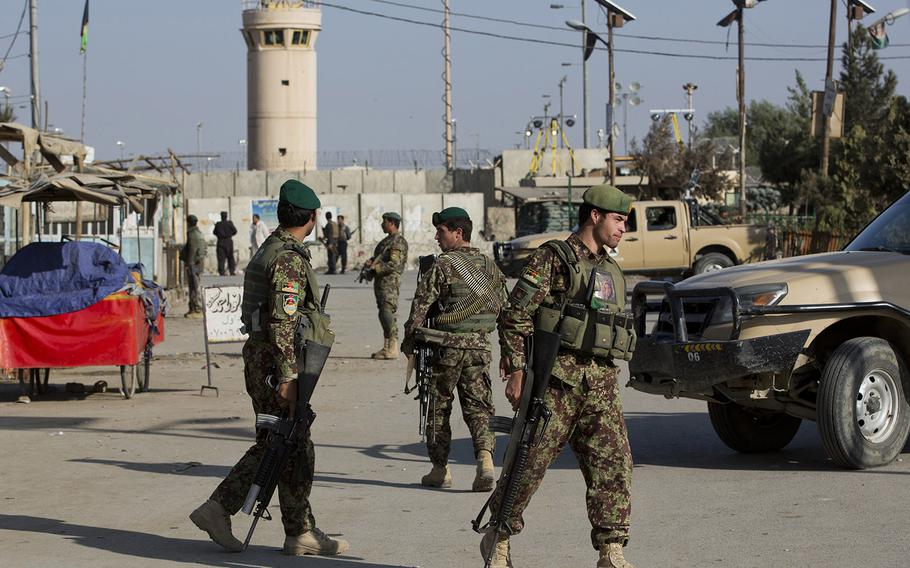 KABUL, Afghanistan — The Pentagon has identified two American soldiers killed in Sunday’s attack by a suspected Taliban suicide bomber on the largest U.S. military base in Afghanistan.

Two American contractors were also killed in the blast. Sixteen other American servicemembers and one Polish soldier were wounded. Twelve of those wounded have been flown to Landstuhl, Germany, where NATO says they are “receiving the best care possible.”

Iubelt graduated high school last year and had been in Afghanistan only a few months, KFVS-TV in Cape Girardeau, Mo., reported.

The attack, which occurred at the beginning of a Vetrans Day 5K race on Saturday morning, was the first suicide bombing inside Bagram Air Field, some 35 miles north of Kabul, since American forces started operating there in 2001.

An investigation has been launched to determine how the attacker managed to bring explosives onto the base, which is one of the most heavily guarded facilities in the country.

NATO, which heads the Resolute Support train and advise mission, would not specify the security measures in place at Bagram, but Afghans who visit and work at its headquarters in Kabul are required to have full-body X-rays and biometric scans before entering.

“We have implemented additional security measures in response to (Saturday’s) attack,” NATO said in a statement.

Servicemembers and contractors living on the base described a “somber mood” over the weekend. Residents were said to be traveling in pairs and had been asked to wear protective equipment such as body armor and helmets at most times.

The Taliban claimed that one of their insurgents who worked at the airfield had blown himself up. It took him four months to plan the attack, the group said in a statement.