Pentagon hesitant to commit to no-fly zone, given challenges 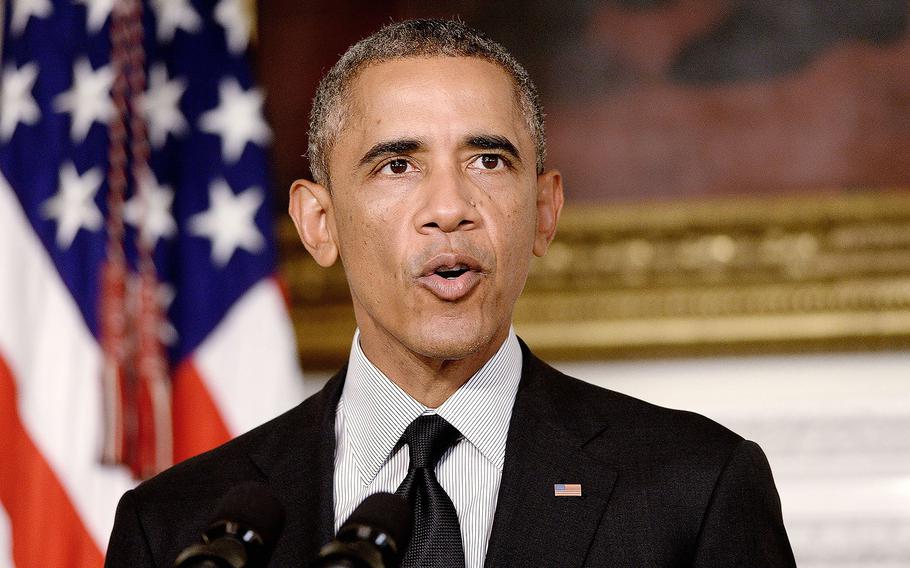 WASHINGTON — Implementing a “no-fly zone” in Syria would require a large number of U.S. ground forces and would require the U.S. and coalition to define what they would be willing to do to protect the population residing there, military and civilian experts said.

For months, French President Francois Hollande and Turkish President Recep Tayyip Erdogan have considered establishing a “safe zone” in northern Syria to create a region for some of the estimated 11 million civilians displaced by the country’s five-year civil war and the takeover of key cities by the Islamic State group. The surge in refugees into Europe has further complicated security challenges there.

But President Barack Obama has opposed a no-fly zone, citing it would require a large ground force to enforce and protect it, something he is unwilling to do.

“[The Islamic State] does not have planes, so the attacks are on the ground,” he said last week during a summit of wealthy nations in Antalya, Turkey. “A true safe zone requires us to set up ground operations.”

The Pentagon also has given little indication that it is interested in establishing a no-fly zone in Syria, where the battlefield has changed dramatically during the past couple months.

“We’re not currently doing anything to enforce or prepare for a zone,” said Capt. Jeff Davis, spokesman for the Pentagon.

Col. Pat Ryder, a spokesman for U.S. Central Command, said creating a safe zone “has the potential of becoming a magnet for civilians.” In addition, the demands on the air assets would limit U.S. options to fight the Islamic State group elsewhere, he said.

“You would need a very large capable ground force to defend those civilians, otherwise it would remain vulnerable to attack from the ground,” Ryder said. “Additionally you are looking at some type of air-superiority capability, constant air-watch capability, large numbers of logistics. The resources alone would require us to defer other resources that are currently being used to fight [the Islamic State.]”

It’s not just the demands that a no-fly zone would create on ground forces, but the complex rules of engagement that would need to be specifically defined, said Anthony Cordesman, a senior national security analyst at the Center for Strategic and International Studies.

A no-fly zone in Syria would have to address how the United States would protect the population from potential ground attacks from the regime of Syrian President Bashar Assad, Cordesman said. It also would need to address what type of air assets would be committed and how the United States and coalition would justify protecting a population that would likely attract refugees that have known affiliations to terrorist groups.

A Russian jet shot down by Turkey on Tuesday reportedly flying in Turkish airspace represents larger security risks if Russia challenged the boundaries of a potential no-fly zone.

NATO Supreme Allied Command Gen. Philip Breedlove has raised concerns about Russia’s moves in Syria, where they has been working to prop up the Assad regime. As Russia has built up its forces in the country, it has added sophisticated anti-aircraft weaponry that could pose a challenge to any U.S. fighters attempting to enforce a no-fly area.

“These very sophisticated (Russian) air defense capabilities are not about the [Islamic State]. They are about something else,” Breedlove said during a September talk at the George Mar-shall Fund in Washington.

For the United States, challenging those weapons systems would pose significant risk to American aircraft should Russia resist a U.S. attempt to control parts of Syrian airspace.

“There’s such a wide range of possibilities,” Cordesman said. “What you don’t define you can’t justify. Is this the U.S. only enforcing a no-fly zone over a limited area? What happens if there is a significant military response from the Assad regime on the ground? How do we deal with this in terms of any Iranian or Russian reaction?”

On Tuesday, a no-fly zone over Syria was not part of the discussion when Obama and Hollande met at the White House.

Hollande's trip to Washington was part of a diplomatic push to get the United States and other nations to bolster efforts to destroy the Islamic State group that has claimed responsibility for the Paris attacks on Oct. 13. Hollande emerged from his meeting with Obama saying France and the United States had agreed to step up a "joint response," including new efforts to target terrorists' financial networks, take back Islamic State-controlled territory, scale up efforts in Syria and Iraq and increase intelligence sharing.

Cordesman said a no-fly zone agreement was always a doubtful outcome of Hollande’s White House meeting, given the president’s stated opposition to that strategy.

“The strategy that we’ve put forward is the strategy that is ultimately going to work,” Obama said last week the summit in Turkey. “But as I’ve said from the start, it’s going to take time.”