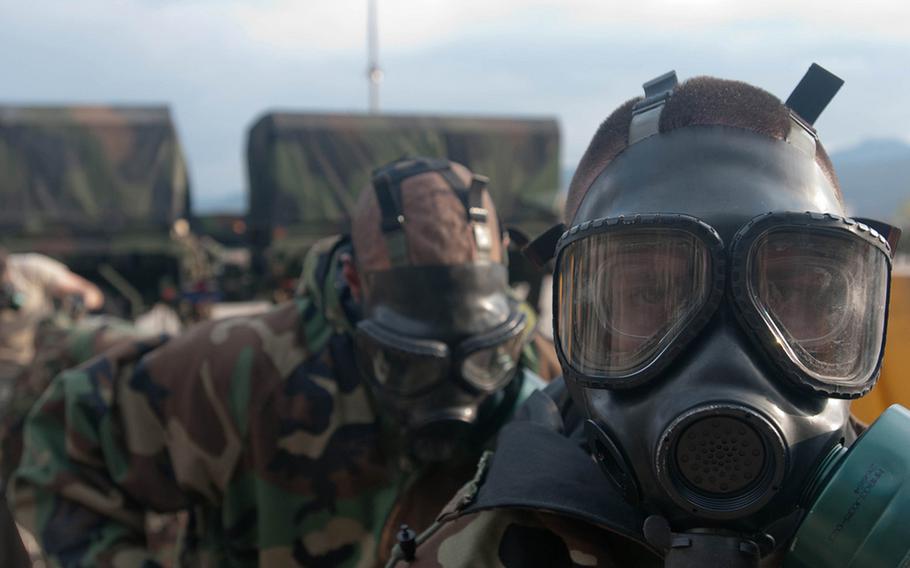 WASHINGTON — The United States’ annual August military drills with South Korea canceled last month by order of President Donald Trump as his administration negotiates a halt to North Korea’s nuclear program would have cost the Pentagon about $14 million, according to defense officials.

Pentagon officials were unable last month to provide a cost-savings estimate for canceling the Ulchi Freedom Guardian exercise. After Trump met with the North’s leader Kim Jong Un on June 12, the president announced he would halt all joint “war games” with South Korea so long as North Korea was negotiating in good faith.

On Wednesday, Army Col. Rob Manning, the Pentagon spokesman who provided the $14 million figure for the suspended military drill, did not have a breakdown explaining how defense officials arrived at that cost. Manning also did not have an estimate for cost savings for additional joint exercises in South Korea that could be canceled in the future.

Since Trump’s announcement suspending all joint military exercises with the South Koreans following his meeting with Kim in Singapore, the president has touted the cost savings of canceling the exercises, which he has characterized as “very expensive” and “provocative” to the North Koreans.

The $14 million cost for Ulchi Freedom Guardian represents a microscopic portion of the Pentagon’s roughly $700 billion budget. The amount is less than the purchase price of a fighter jet or slightly more than the cost of two M1 Abrams tanks, according to Pentagon documents.

Following Secretary of State Mike Pompeo’s visit to Pyonyang last week, North Korea blasted the United States in a statement, calling American denuclearization requests “gangster-like.” Meanwhile, Pompeo remained positive about the negotiations and called the meeting productive. Pompeo did not meet with Kim during the trip, his third to North Korea.

The Pentagon has not received direction to restart military drills with South Korea, Manning said. He also said he did not know how long it would take to reinstate the exercises should negotiations break down.

Those decisions rest firmly with Trump and his advisers, Manning said.

“Certainly they can make a decision whether or not those drills are reinstated if they decide to do so based on North Korea’s actions,” he said.

The colonel also said Pentagon leaders were not concerned that halting the drills with their South Korean allies would immediately impact the combat readiness of the roughly 28,500 American troops in South Korea. The troops have continued to train unilaterally, he said.

“Across all domains, we will be able to maintain [combat] readiness,” Manning said. “We’ve got a series of things we do to maintain readiness.”

Ulchi Freedom Guardian is a largely computer-driven exercise designed to prepare American and South Korean command and control interoperability, according to a Pentagon description. The exercise, held annually since 1976, typically lasts about 10 days and involves tens of thousands of troops.