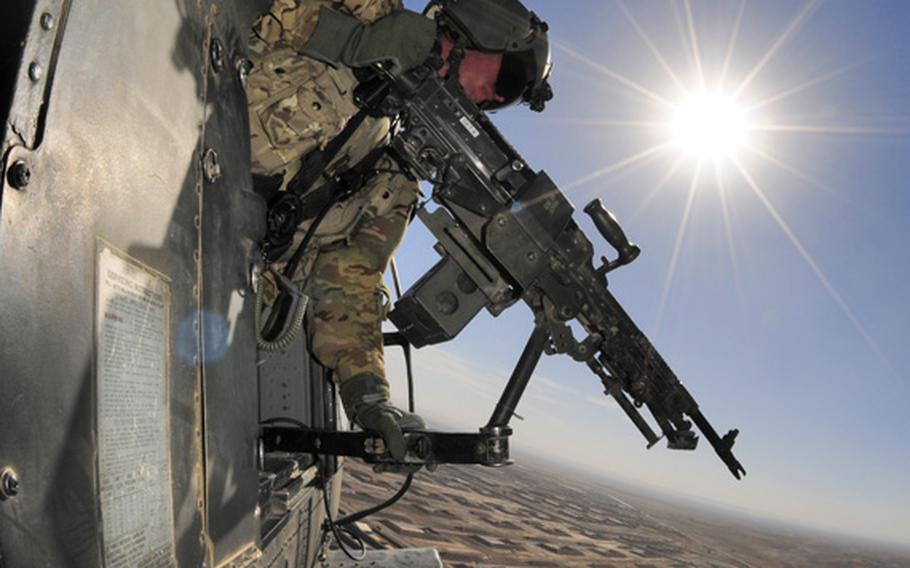 WASHINGTON &ndash; The Pentagon says it plans to tell the White House within weeks how many American troops military leaders believe will be needed in Afghanistan after 2014 to train local forces and continue to target al-Qaida.

With NATO&rsquo;s formal combat role set to end in just over two years, the United States -- along with its NATO allies and the Afghan government -- is keen to define a postwar presence well in advance, avoiding the precipitous pullout and security problems that came with the end of the Iraq War.

The troop calculations, however, have to achieve a delicate balance that weighs military capability against the U.S. public&rsquo;s weariness of continuing conflict &ndash; and meets Afghan expectations of the residual force.

The troop strength recommendation will be based on options presented in recent weeks by Marine Gen. John Allen, the NATO commander for the war, to Defense Secretary Leon Panetta. The final decision has yet to be made, officials said.

The New York Times on Monday reported a military official saying that a small counterterrorism force, numbering perhaps less than 1,000, could stay to target al-Qaida. Other NATO forces would advise Afghans at major headquarters, the Times said, but have little role in fighting.

A Wall Street Journal report, meanwhile, said top Obama administration officials want to keep about 10,000 American troops in the country &ndash; a midpoint in the range of options that Allen presented to Panetta, which the newspaper said varied from 6,000 to 15,000.

Many observers have said the Afghan government is unlikely to be able to take over logistical operations, air support and other facets of the current war, in addition to the training and counterterrorism missions foreign troops would provide.

NATO likewise is working out its post-2014 plans, NATO Secretary General Anders Fogh Rasmussen said in an interview Monday with Stars and Stripes at NATO headquarters in Brussels.

But he refused to speculate on actual troop numbers, saying that NATO leaders were awaiting military commanders&rsquo; recommendations, expected in the next few months.

&ldquo;It is a bit premature to give an assessment of the size and exact composition of a post-2014 training mission,&rdquo; Rasmussen said.

&ldquo;Any U.S. presence would only be at the invitation of the Afghan government,&rdquo; he said.

Along with post-2014 options, Allen is also preparing recommendations for Panetta on the pace of the troop drawdown.

About 66,000 troops remain in the country following the removal in September of the last of 33,000 U.S. surge troops. Allen, in testimony this spring before Congress, said the United States needed &ldquo;significant combat power in 2013&rdquo; and seemingly espoused the idea of keeping troop levels relatively steady.

Little said no decisions had been made on the pace of the drawdown.

&ldquo;The military will soon present options for the next steps in drawing down,&rdquo; he said. &ldquo;As the president made clear in June 2011, our forces will continue to come home at a steady pace as we transition to an Afghan lead for security.&rdquo;

John Vandiver of Stars and Stripes contributed to this report.