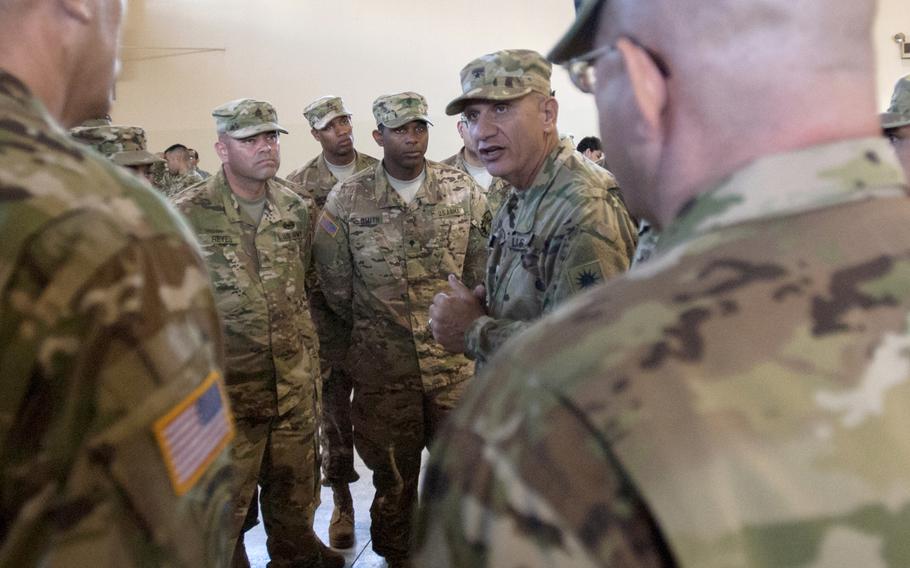 KAISERSLAUTERN, Germany — A congressional watchdog has criticized the Defense Department’s debt collection procedures, saying it needs to do a better job of informing servicemembers of their rights when told they owe the government money — often through no fault of their own.

The Government Accountability Office found problems in a review of dozens of debt notification letters sent to military personnel, according to a report published last week.

Letters did not explain servicemembers’ right to a review and written decision on the matter, or their right to inspect and copy records related to the debt, among other issues, the report said. Often, the military services’ policies and procedures involving debt collection were not current, complete or clear, and were inconsistently applied, the GAO stated.

As a result, servicemembers “may not have been properly notified of their debt, their rights to dispute it, or the potential consequences of inaction, such as involuntary payroll deduction,” the report says.

Last year, Congress tasked the GAO to study the Pentagon’s process for recouping overpayments made to military personnel. The direction came after the Pentagon decided to waive more than $190 million in disputed enlistment bonuses and other payments for California National Guard members.

About 17,500 soldiers were faced with paying back hefty bonuses given to them in error between 2004 and 2010 by recruiters under pressure to meet enlistment goals during the Iraq and Afghanistan wars.

The Pentagon said at the time it would review its process for collecting erroneous payments, after it was criticized for using tax liens, wage garnishments and other aggressive tactics to try and get the money back.

The GAO didn’t review the California Guard incident, but noted the Pentagon’s acknowledgement that trying to collect overpayments has placed an undue burden on servicemembers and their families, including financial hardship, garnishment of wages and damage to credit scores.

For its audit, GAO examined 49 debt notification letters sent by the department’s various collection offices to military personnel between January 2016 and May 2018. It found that 45 of the letters were missing key information required by DOD’s own debt collection regulations.

More than 40 letters did not include a statement that repayments would be promptly refunded if later waived or found not to be owed; others did not inform the servicemember of the right to inspect and copy DOD records related to the debt or include a statement regarding the right to request a debt remission. Some letters did not advise servicemembers that pay would be deducted if repayment was not received within 30 days, according to the report.

GAO recommended several revisions to the Pentagon’s debt collection process, such as updating debt notification letter templates to include all required information and ensuring DOD regulations and websites clearly state whether and when collection should be suspended during the review process for servicemembers who dispute their debt.

The Pentagon agreed with all recommendations.