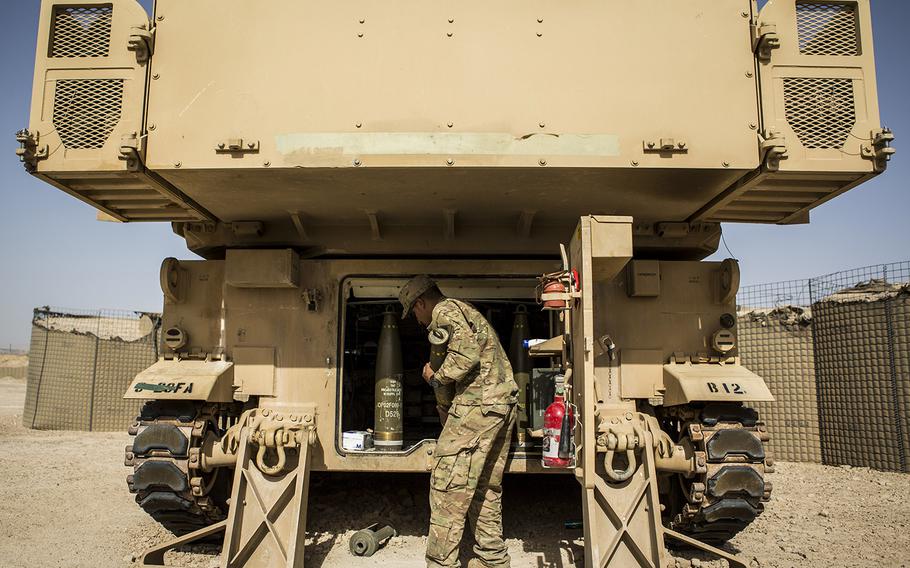 WASHINGTON — Days after Secretary of Defense Ash Carter announced the United States would send another 560 troops to Iraq, the Pentagon said Friday that it could request even more.

“We want to capitalize on success,” U.S. Central Command spokesman Col. Pat Ryder said in a teleconference Friday at the Pentagon. “As the momentum of the campaign continues to increase and as the Iraqis have continued to push forward, we want to make sure we are able to support them with what’s needed.”

Gen. Joseph Votel, who leads U.S. Central Command, told Reuters recently during a trip in Baghdad that it was likely the Pentagon could seek more U.S. forces to fight the Islamic State group in Iraq. The request would be in addition to the 560 announced last week by Carter during a separate visit to Iraq.

So if Votel or Gen. Sean McFarland, commander of the U.S. military campaign against the Islamic State group, “assess additional forces are needed to support some type of specific objective, then they have the ability to go and ask for that increase,” Ryder said. “So far, every time our commanders have asked for additional capabilities or resources through that process, they’ve been granted.”

Last week, Carter said the additional 560 troops would be sent to the newly captured Iraqi airfield in Qayara. The U.S. plans to use the airfield as a logistics and operations hub to support the eventual fight to retake Mosul from the Islamic State group.

It was Carter’s second announcement of additional forces in months. In mid-April, he announced an additional 217 troops would be sent to provide logistics support to Iraqi Security Forces and maintenance support for Apache helicopters that the Iraqi government had requested to use.

But whether the potential request for more forces means the official U.S. troop level in Iraq will actually increase was unclear, based on numbers the Pentagon provided Friday.

But the 560 troops announced last week have not departed for Iraq yet. More so, the Pentagon has not said whether all 217 troops from the previous announcement had been deployed.

The Pentagon figure also doesn’t count forces that are considered “temporary” – forces in transit to or from Iraq and any forces there fewer than 180 days, said Defense Department officials, who spoke on the condition of anonymity.

Ryder said the two requested increases are for specific skill sets and are filled based on need, it does not mean the troops are sent, necessarily.

“We want to make sure it’s there when needed and ready to go versus waiting until after the fact and potentially slowing down the campaign,” he said. “We are asking for capabilities based on need – not just numbers.”

In addition to U.S. forces in Iraq, there are also 2,485 U.S. contractors there supporting military operations against the Islamic State group.