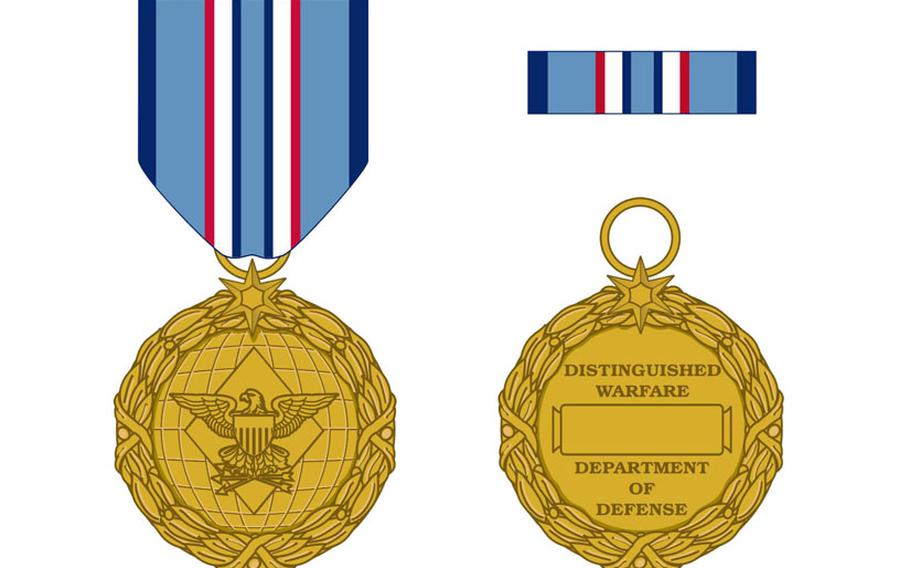 WASHINGTON — The Distinguished Warfare Medal might be getting a demotion before ever being awarded, according to sources in the Pentagon.

The precedence order of the medal, designed to be awarded mainly to drone pilots and cyber warriors, was “likely to be revised in a manner that addresses some of the concerns that have been raised about the medal,” a Pentagon official said early Monday on the condition of anonymity.

The changes were likely to be announced late Monday by Defense Secretary Chuck Hagel, officials said.

Currently the medal is ranked above some that require servicemembers to risk life and limb to receive, including the Purple Heart and Bronze Star, which is frequently rewarded for valor in combat.

The expected changes are the result of a review Hagel ordered last month, and led by Chairman of the Joint Chiefs of Staff Gen. Martin Dempsey.

The new medal, announced in February by then-Defense Secretary Leon Panetta, was met with harsh criticism from legislators and veterans groups. It also was met with derision from some in the ranks, where it was suggested the award could be a gold-plated X-Box controller, among other reactions.

The medal “undermines all other valor awards,” said Rep. Duncan Hunter, R-Calif., a recent war veteran who introduced legislation to rank the medal below the Purple Heart. Veterans of Foreign Wars National Commander John E. Hamilton meanwhile said “medals that can only be earned in direct combat must mean more than medals awarded in the rear.”

In a letter to veterans organizations sent prior to his ordering of the review, Hagel said it was important to recognize the changing face of warfare with the new medal.

“Since Sept. 11, 2001, technological advancements have, in some cases dramatically changed how we conduct and support combat and other military operations. Accordingly the [Distinguished Warfare Medal] award criteria intentionally does not include a geographic limitation on the award, as it is intended for use as a means to recognize all servicemembers who meet the criteria, regardless of the domain used or the member’s physical location,” Hagel wrote.

But in spite of the expected changes, the Pentagon remains determined to honor the service of those who make key contribution to U.S. war efforts far from the physical fight.

It is important, an official speaking on the condition of anonymity said, that “we don’t lose sight of the fact that we need to honor exemplary performance outside the war zone.”