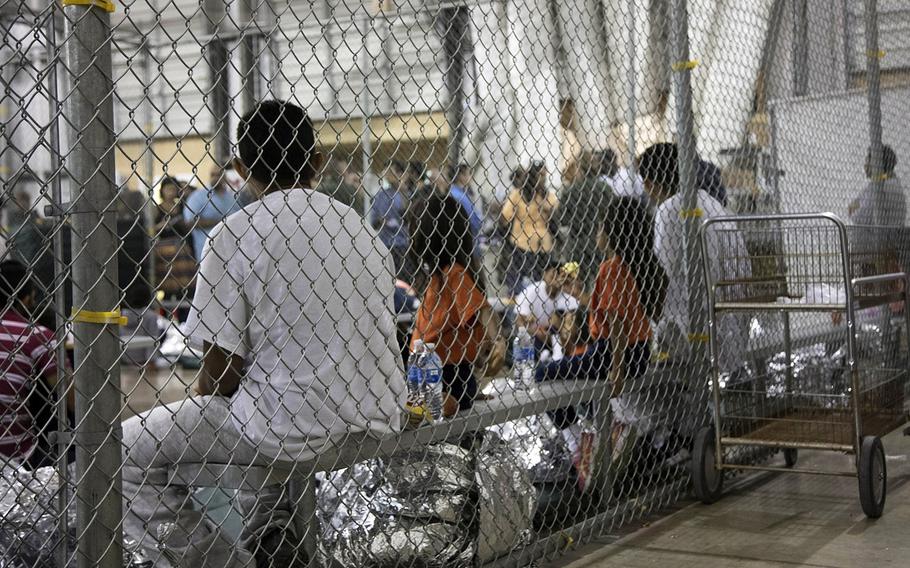 WASHINGTON – Officials with the Defense, Homeland Security and Health and Human Services departments are considering more military bases along the U.S. southern border as locations to house undocumented immigrants as the Pentagon prepares to accept detainees at two installations in Texas, a Defense Department spokesman said Monday.

The Pentagon has received formal requests from DHS and HHS in recent weeks to provide room to house as many as 32,000 detained immigrants on its bases, said Army Col. Rob Manning, a Pentagon spokesman. Officials from the departments are studying military posts in Texas, Arizona, New Mexico and California to house some of those immigrants, he said.

The Defense Department has already identified two Texas installations where it will house some of the immigrants, Manning said. Goodfellow Air Force Base in central Texas will be use by HHS to house detained unaccompanied minors, children younger than 18 who have crossed the border without family members. The Army’s Fort Bliss, along the state’s borders with New Mexico and Mexico, will house detained families.

So far, no detained immigrants have been transferred to any Defense Department facilities, Manning said. The Pentagon will be prepared to house at least a portion of those immigrants who DHS and HHS officials plan to move to military facilities by no later than Aug. 14, he said.

Manning said he was not certain if construction of temporary facilities – such as tents – had begun at either location.

It was not immediately clear Monday precisely how many individuals the federal agencies intend to place at each location.

Homeland Security officials have asked the Pentagon to be prepared to provide up to 12,000 beds for detained immigrant family members, indicating in a memorandum to DOD that it intended to hold up to 4,000 individuals in a single location.

Health and Human Services officials have requested space to house up to 20,000 unaccompanied minors, but they have not provided final guidance of exactly how many children they will hold on military posts, Manning said.

The Pentagon has faced criticism, including from members of Congress, for agreeing to provide the land to house detained immigrants and other measures that President Donald Trump’s administration has asked the military to do – including sending National Guard troops to the border and deploying nearly two dozen uniformed military lawyers to work as special assistants to U.S. attorneys prosecuting illegal immigration cases.

But Defense Secretary Jim Mattis has pushed back against such critiques, especially the housing of detained immigrants, who have been held on military posts in the past.

“Providing housing, shelter for those who need it, is a legitimate governmental function,” Mattis said June 26. “This one – I recognize the political aspects of it, but for us it’s a logistics support effort.”

In 2014, HHS used space at Lackland Air Force Base in Texas to house thousands of unaccompanied children.

Mattis has said DHS and HHS would only use space on installations that is not needed for military use. Defense Department personnel are not to be involved with caring for or securing the children, Manning said. HHS and DHS would use their own personnel or contractors for those tasks.