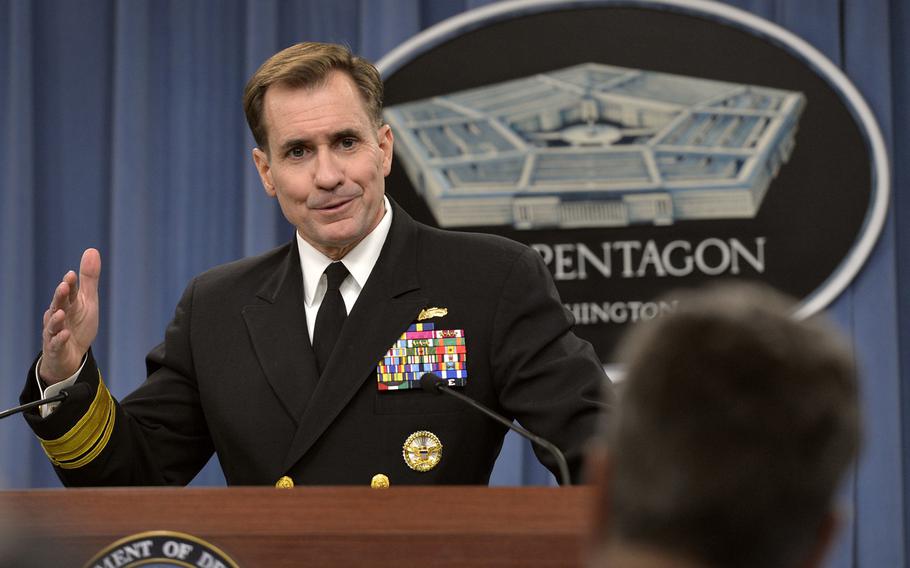 Last week, Kirby told reporters that a Jan. 31 American drone strike targeted Yusuf Dheeq, the head of external operations for the al-Qaida affiliated organization, which is based in Somalia. As of last week, officials were still trying to determine whether the strike was successful.

When the attack was announced, Kirby said that Dheeq’s death would represent “another significant blow to al-Shabab and their ability to conduct, plan, prepare for and strike against targets inside and outside Somalia.”

On Tuesday, Kirby told reporters that the Hellfire missiles hit their target south of Mogadishu.

“What I can confirm today is that we know we killed him and an associate in that strike. We do not assess … that there was any civilian or bystander casualties as a result of that,” he said.

Kirby did not identify Dheeq’s associate who was killed.