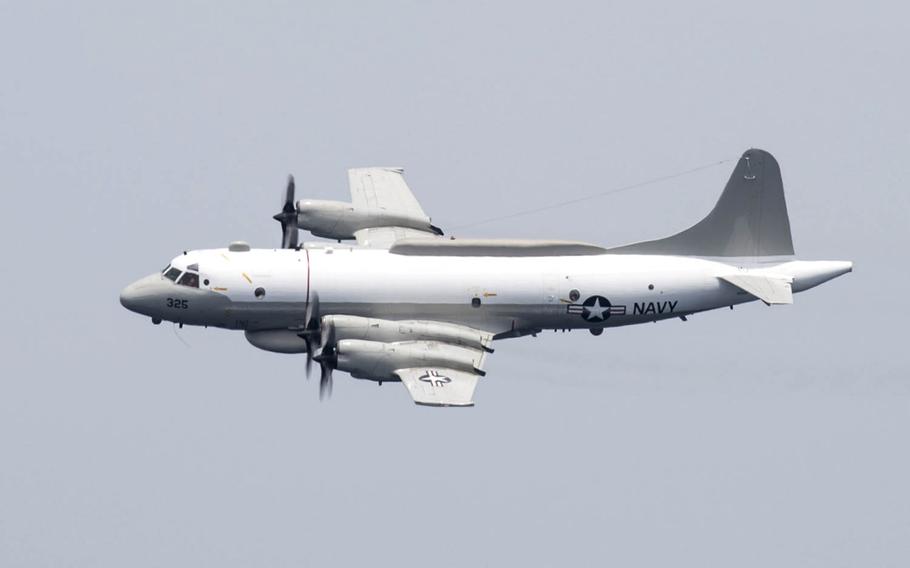 The J-11 fighters came within 50 feet of the U.S. EP-3 Aries aircraft, an encounter that an unidentified Pentagon source characterized as an “unsafe intercept,” The Associated Press reported.

The fighters came so close that the Navy pilot was forced to drop several hundred feet to avoid a collision.

The U.S. surveillance plane was conducting routine operations south of Hong Kong in the northern part of the South China Sea.

Tense encounters between U.S. and Chinese military air and sea vessels have become routine as China more aggressively asserts its sovereignty claims over parts of the sea. The Philippines, Vietnam and Taiwan, among others, have also laid claim to certain reefs and atolls there.

The U.S. has vocally maintained it will continue so-called freedom-of-navigation patrols and reconnaissance flights in the region.

Most military encounters between the U.S. and China have taken place in the southern part of the sea near the disputed Spratly Islands.

The U.S. does not take a position on the sovereignty of the claims but has expressed concerns over China’s militarization of the islands, as well as what it views as Chinese attempts to limit Navy transit through international waters.About $1.2 trillion in U.S. trade passes through the sea annually, according to U.S. government figures.

China’s claims in both the South China and East China seas will likely be a topic of discussion when President Barack Obama visits Japan and Vietnam next week.