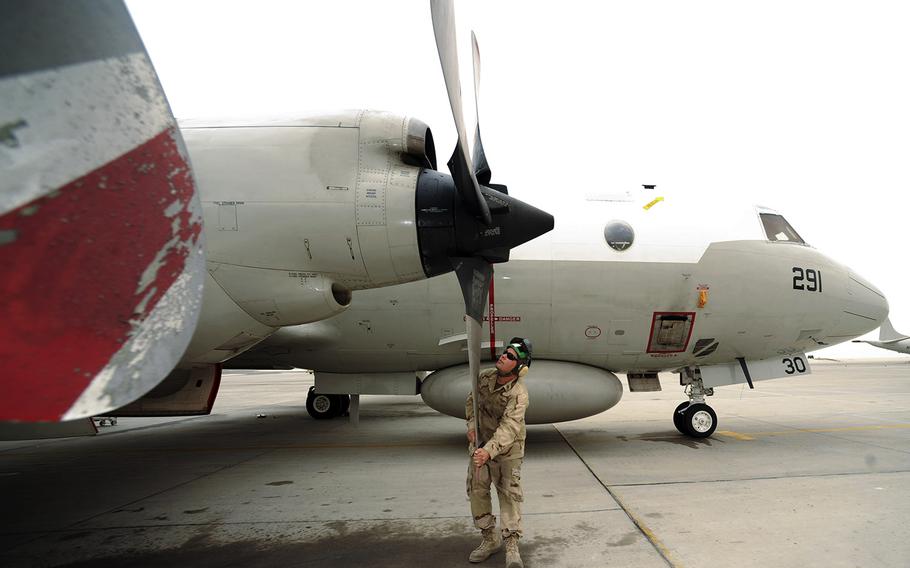 The American pilots deemed the interaction with the Chinese J-10 jets “unsafe and unprofessional” after one of the fighters flew underneath the American plane at a high rate of speed before slowing down and pulling up into the EP-3’s flight path, said Navy Capt. Jeff Davis, a Pentagon spokesman. The Navy aircraft’s collision detection warning sounded and the pilot took “evasive action” to avoid the Chinese jet.

The incident occurred late in the morning Sunday in international airspace, about 90 miles south of Qingdao, a Chinese port city north of Shanghai, Davis said.

The J-10 that performed the unsafe maneuver, essentially “cutting off” the American plane, flew within about 300 feet of the EP-3, a U.S. defense official said on condition of anonymity.

“There are intercepts that occur in international airspace regularly,” Davis told reporters at the Pentagon. “The vast majority of them are conducted in a safe manner. This was the exception, not the norm.”

The incident followed two similar intercepts of American military aircraft by Chinese fighter jets in May.

Two Chinese J-10s performed an “unsafe and unprofessional” intercept of a Navy P-3 Orion over the South China Sea on May 24. One of the fighters maneuvered within 100 feet of the American plane off the coast of Hong Kong in that incident, the Pentagon said.

On May 18, Two Chinese Su-30 fighter jets intercepted an Air Force WC-135 Constant Phoenix, known as a “nuclear sniffer” plane, over the East China Sea. In that incident, one of the planes maneuvered with about 150 feet of the American plane, flying inverted above the WC-135, Pentagon officials said.